To Be Filed Under "Why?"

Back in April, I posted a story about the Weird and Wonderful (or just plain weird) "innovations" displayed at the last Eurobike trade show. One of the innovations was this bike with hubless and spokeless wheels: 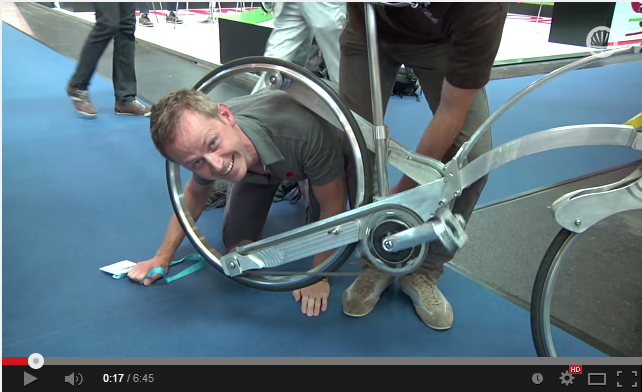 There wasn't any info about it at the time, but I called it a solution looking for a problem, and wondered what the point was. Well, I got my answer, and here it is. That is the Gianluca Sada Hubless Bike, and it is a prototype folding bike from Italy. Okay, that answers what it is, but it doesn't fully answer why. 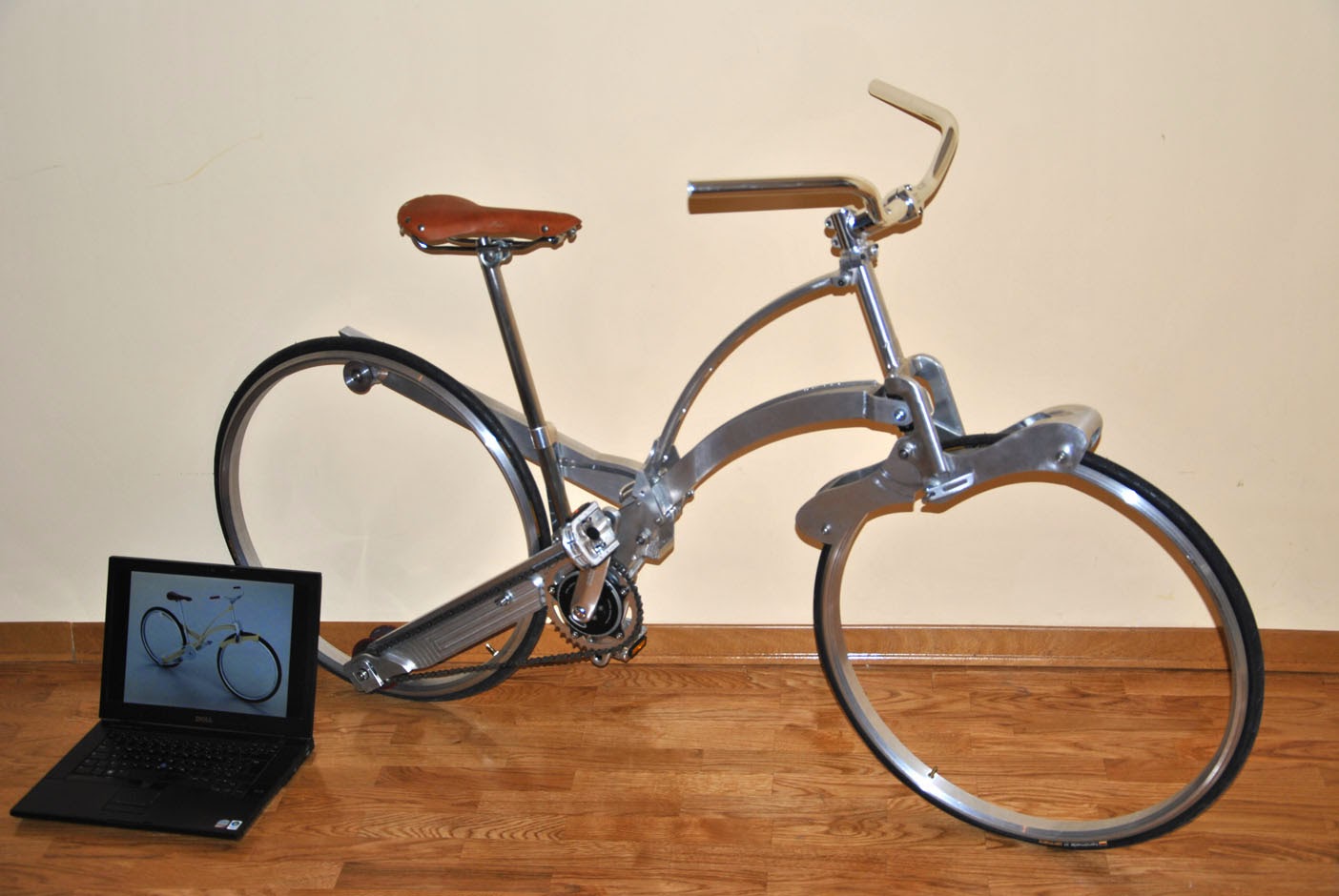 From the Sada website: "The idea of a folding bike has undertaken numerous studies that focus on reducing weight and dimensions which have led to realize too small sized bicycles. They have small frame and wheels at the expense of stability, for the sake of compactness and portability during transport." They go on to say, "The objective of this project is to have a cycle with standard dimensions (wheels 26") and have a small package during transportation." So this is a bicycle design concept trying to become a production reality, but it still isn't clear why spokeless wheels are a benefit. Take a look at the thing folded up: 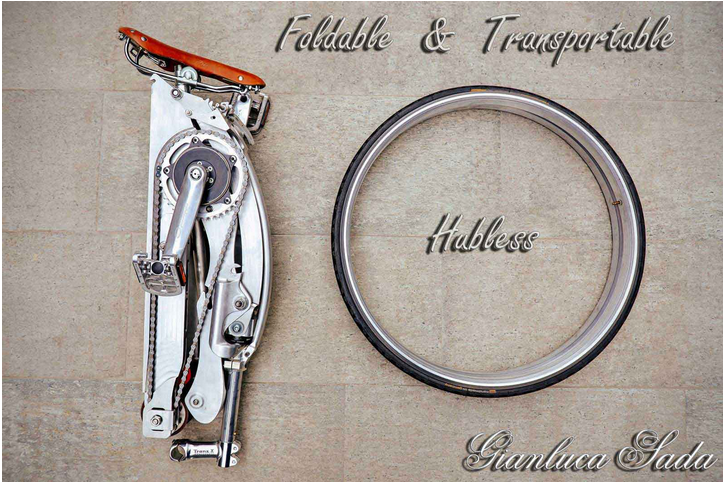 Notice anything pointless? Sure, that massive frame folds up pretty compactly -- like a couple of umbrellas (really heavy umbrellas, I'd guess) -- but one still has to carry around a pair of wheels in addition to the big hunk of a frame. Also, I see the handlebar stem attached to the frame, but I don't see the handlebars. If you want it to fold as compactly as this, the bars must be removed also and carried separately.

And here's the thing about hubless/spokeless wheels. In order to make up for the loss of structure and strength that a wheel gets from its spokes, those rims have to be super heavy to keep them from collapsing under the rider's weight, or from the force of hitting a pothole.

Something else I notice -- no freakin' brakes. What is it about "futuristic" bike concepts from industrial design students that they never have brakes? Are brakes too hard to conceptualize? Or are these people under the impression that stopping will be unnecessary in the future?

More from the Sada website: "In conclusion, the project may pave the way for a new system of mobility outside the classical schemes, widely accessible and easily transportable. Personal style and extreme versatility give dynamism to the traditional bicycle, the subject increasingly required in this environmentally friendly age." That's a bit tortured in terms of language, but I think it was translated from Italian. Anyhow, it seems like industrial design schools are constantly encouraging their students to design the "bike of the future" or "reinvent" the bicycle. Obviously, the people who come up with these designs don't actually ride bikes, as the supposedly versatile and revolutionary designs typically eschew anything resembling actual versatility, and they're only revolutionary in that they ignore everything that makes a bicycle the "widely accessible and easily transportable" creation that it already is. Besides that, I don't think this thing solves any problems that haven't been handled pretty well with existing folding bicycles.
Posted by Brooks at 8:23 AM