It's sad to say it, but another great name in classic bicycles is about to disappear. Bob Jackson Cycles, also known as JRJ Cycles (for John Robert Jackson) is expected to close their doors later this year. Between an aging staff and a global pandemic, the company decided that the time has come to call it quits.

I contacted the current owner of the company, Donald Thomas, who tells me "It’s as simple as this: we are very much an aging workforce and over the last 10-15 years we have not been able to find younger members of staff willing to take on this kind of light engineering work and get their hands dirty. So we are simply retiring. We have four key members of staff, including me, who have said 'enough is enough - let's stop and have some quality time while we can'." He also noted that sales have been trending downward for a while now, what with aluminum and carbon fiber frames dominating the market.
Thomas cites the current pandemic as another factor - if not due to its direct effects on the business, then because of the way it changes the mindset and rearranges priorities. All in all, I suppose it shouldn't be a surprise - but it still saddens me a bit. 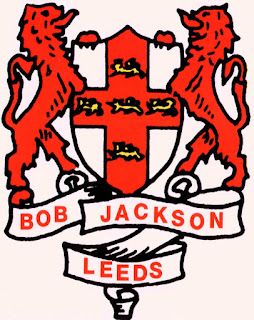 In terms of quality and style, I've always felt that Bob Jackson Cycles were a lot like Mercian, which has long been a favorite of mine. The bikes and the companies just always seemed to have a lot in common: lugged steel frames, made to order with traditional methods and traditional materials. There were also some similar frame models, and paint schemes, etc. But JRJ is/was a bit older than the brand from Derby.

Bob Jackson began producing bicycles in 1935, with a hiatus during WWII while Jackson served in the RAF. Frame production resumed after the war, and over the years the company has produced other brands as well. In the 1950s, they acquired South London-based Merlin Cycles which they produced until some time in the 1980s. In the late 1970s and '80s, they built bikes for Hetchins, which was for a few years under the same ownership as JRJ. Even after Hetchins and JRJ were separated and Hetchins resumed building their own bikes, JRJ retained rights to produce the famous and distinctive "vibrant" or "curly-stay" designed frames.

Bob Jackson had retired in 1986, and according to their own history page, the company had some troubled years following. In 1993, about the time that the Hetchins and JRJ companies separated, Donald Thomas took control of JRJ Cycles, with Bob Jackson as an advisor, and brought new energy for improvements and expansion. All building and painting operations were updated and brought in-house for better quality control. Mr. Jackson died in 1999, but the company continued.

I suppose signs that the company was "winding down" have been popping up for a couple of years now. They had a retail shop which I'm told was closed a few years ago, though frame production continued. Frames could be ordered through their website, either fully custom built or "off the peg." But custom orders were recently halted, and they had stopped taking new work for frame renovations and repairs, which was another thing they were known for. Their website still says folks can order an "off the peg" frame, but that needs to be updated because Thomas says they are not accepting any more new orders at this time. "We have had orders flood in since the word (about the closing) got out, so I would say now, no, sorry we will not have enough time left to build more orders."

Thomas told me the plan is to finish the last of the orders that have come in and close the doors by mid December. When it's all done, he added, "We are going to build ourselves new frames each, the last ones to leave the factory in the 85 years and 30,000 frames we have built."

There really aren't many of the old traditional builders left in Britain any more. Woodrup is still in business, with Kevin Sayles as the builder, and Mercian is still going. I believe one can still get a Hetchins as well. If someone wants a new "keeper of the flame" British-built lugged steel frame, the options are are really thinning out. Such a shame to see it happening. I'll be wishing all the best for the folks at Bob Jackson. You'll be missed, lads.