There's nothing on a bike that's more pointless than the seat-tube. Am I right? I mean, if bicycles have an equivalent to a vestigial organ, it's the seat-tube on a diamond frame. And that's why any time "innovators" and designers want to create a "futuristic" looking bicycle, the seat-tube is often one of the first things they ditch. Besides - it's called a "diamond" frame - not a "two-triangles" frame.

One of the most iconic bikes on point would have to be the Trek Y-Foil of 1998-1999. Remember these things?

Oddly enough, Y-Foils still have some kind of cult following. And as if this weren't goofy enough, they made a mountain bike version, too. Fans of the bike claim that the Y-Foil went away after such a brief run because the design was not approved by the UCI. If that were true, why did the MTB version go away too? Can't people just admit it was a fugly bad idea?

One of the latest on this no-seat-tube trend comes from the German company Urwahn, which is currently seeking funding on Kickstarter for its "unique" commuter bike. 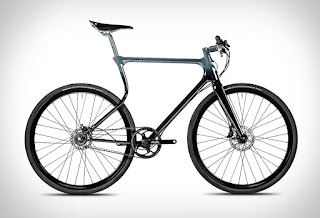 Not only does this look-ma'-no-seat-tube bike represent the latest in futuristic design, but it's another bike billed as the "ultimate commuter" which might actually be OK if you work at home. Like most other "ultimate commuters" I've seen, it doesn't look like it would be comfortable or practical for any ride longer than a short hop down to the coffee shop. The website claims it can take full coverage fenders and a rack, but I'm just not seein' that.

Another relatively recent entry into the no-seat-tube club comes from AOI.Cycle:

With its laid back geometry, the AOI is like some kind of oxymoronic "future cruiser."

Cervelo has their P5X Triathlon bike, which I mentioned in this blog back in 2016: 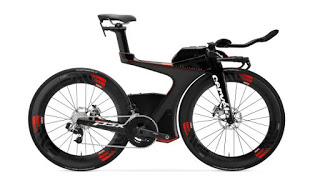 The seat-tube-free design means there's more space for little cubbies and compartments for storing "hydration" formulas, goo packets, and maybe tools. But the real benefit is that it lets them brag that they're thumbing their noses at those ogres at the UCI and all their pesky regulations - which have never had an impact on triathlon bikes, or on most of the bikes made for non-professional-racing consumers for that matter. Remember what I said about the Y-Foil.


Yep - the seat-tube's days are numbered. And good riddance, right? Just think how much those things are holding us back. Here's to the future!
Posted by Brooks at 11:21 AM