Will We Ever Be Ready For "Pump Action" Cycling?

It is with a heavy heart that I report that the cycling world is likely to be denied the greatest technology breakthrough that we have seen since the invention of the safety bicycle. Funding for RRAD Pump Action Cycling on Kickstarter was a failure. They only raised about $9000 out of a goal of $100,000 for their device that would convert your "inefficient" rotating crank-driven bike into . . . THIS:
The RRAD Cycle was developed by "accomplished inventor" Roy Rosser - who notes with pride in the Kickstarter ad that when he was in graduate school in London in the 1980s, "he bicycled to university through the London traffic - and survived!"

That's certainly an accomplishment. And on the inventing front, his notable accomplishment is that he helped develop the virtual first down line that has become an indispensable part of broadcast football. 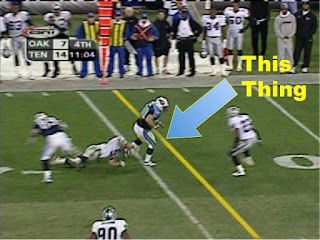 And of course, those accomplishments made him the perfect person to tackle the terrible inefficiencies of rotating cranks.

From the Kickstarter ad: "You come to a hill. Time to change gears. Time to take a deep breath. Time to feel a burning sensation and the sweat drip down your neck. So much for a nice ride to work! Your inefficient bike is tiring you out, even though it was so easy to bike on flat ground."

That's right - Using some kind of "magnetically sprung clutch," the RRAD technology replaces the rotating motion of a traditional crank with an up-and-down motion that makes riding up hills no different at all from riding on flat ground. Or so they claim.

What could be better?! Why do we dogmatically insist on hanging on to our antiquated crank technology? When will the world be ready for "pump action" cycling?

Of course, such ideas are nothing new. In the case of the RRAD bike, what makes it different is that it is designed to be retro-fit to standard bicycles, but the "pedaling" motion and supposed benefits are pretty much the same as on this thing:

Which itself was yet another version of an idea that gets resurrected every few years by tinkerers with no sense of history. Treadle driven bikes actually pre-date the "safety bicycle":

In fact, some of the very first pedal-powered bicycles - even preceding penny farthings - used treadle drive systems - going back to Scottish blacksmith Kirkpatrick Macmillan, who may or may not have been the first to build a pedal-powered machine. 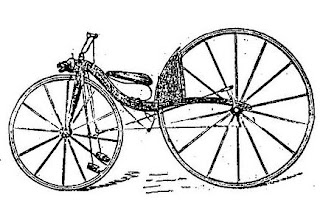 Really, when you come to think of it - we have rotating cranks today because they worked better - more efficiently - than the alternatives.

Tinkerers keep referring back to the "dead spots" in a crank's rotation - at the very top and bottom of the pedaling stroke - as the reason treadles are better. The problem is, in actual use there are still dead spots with a treadle drive, and the movement to the leg muscles is less natural, while the conversion of leg motion to forward motion is less efficient than with a rotating crank.

I've quoted him before on this point, but I can't do better than to refer to the patron saint of retrogrouches, Jobst Brandt.

Specifically writing about the Alenax (shown above), but applicable to any treadle-drive machine, Brandt wrote that such machines are "a great example of an outsider inventing a solution to a perceived problem, creating something that is useless for the intended user."


"The main problem is that the invention is based on constant-velocity lever pedals, instead of circular cranks on which the rotating foot presents no inertial problems and on which the leg moves in sinusoidal motion. The Alenax requires the foot to reach full speed from a stop before it catches up to the load it is trying to propel, after which it must stop suddenly from full speed at the bottom of the stroke. . . Summing it up, I think the inventor (and investors) did not realize that converting reciprocating motion into circular motion is best done by a rotary crank rather than a reciprocating lever, and above all, they weren't bicyclists."

Oh well. Farewell, RRAD Cycle. The loss is surely our own.
Posted by Brooks at 1:37 PM