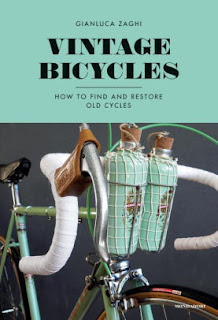 As I have been pining with the arrival of winter weather for a good bicycle rehabilitation project, I recently finished reading Gianluca Zaghi's Vintage Bicycles: How to Find and Restore Vintage Cycles. Zaghi is a collector, buyer, seller, and restorer of classic lightweight bikes, and one may occasionally find his wares through his business VSB Vintage Speed Bicycles (on eBay as user vintagespeedbicycles, naturally).

As the title would indicate, Zaghi's book is written as a "how to" guide for people who are interested in restoring vintage bikes, so it is loaded with advice - much of which would probably be most useful for those who are just beginning their love affair with classic bikes, but perhaps a little rudimentary for those who have more experience. But it really doesn't matter, because whether a person is new to bike restoration, an old hand, or just a lover of vintage bikes with no intention of ever actually getting his/her hands dirty, the book is loaded with sumptuous full-color photos of bikes and related ephemera.

Looking through the photos, I can't help but feel envious of Zaghi's workspace -- well lit and spacious, with huge storage and display cases, and walls covered with old photos, vintage jerseys, classic tools, and old components. My own cramped, dimly lit corner of the basement is a poor comparison. And then there are the bikes. Mostly Italian racing bikes, but also some lovely randonneur bikes, city bikes, and more. Some of the bikes are restored like new, including new paint - while others are more conservatively done to maintain their aged patina. All of them are "lust-worthy."

The book has contributions from Giancarlo Brocci, the founder of Eroica, as well as an introduction by Mike Wolfe from the television show American Pickers. Other contributions come from California Eroica promoter Wesley Hatakeyama, restorer (and source for restoration decals) Greg Softley, and the "face" of Eroica, the recently departed Luciano Berruti. 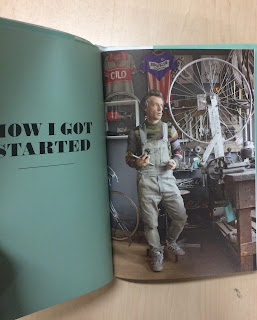 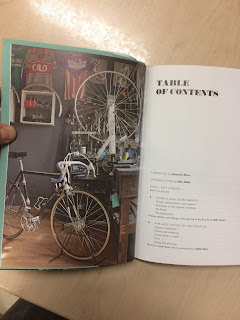 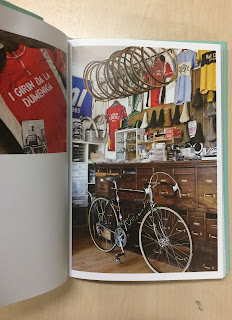 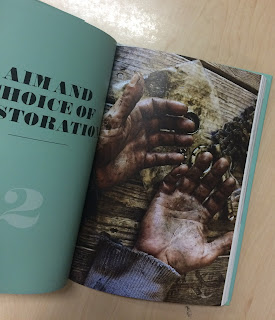 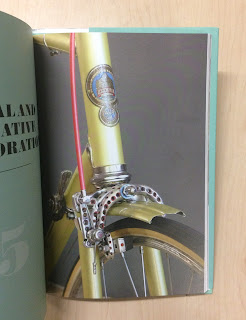 Vintage Bicycles is an enjoyable read as well as a nice source of inspiration. If I have any criticism, it would mainly be that I'd love if the format were a little larger (the book measures roughly 10 x 7 inches). With so many wonderful photos, nobody would complain about having them even larger. But the main issue for me is that the text font size seems really tiny and strains my aging bifocal-bespectacled eyes. There's lots to read, and I found myself struggling a bit with it due to the size. Other than that, and an occasional typo (or perhaps a translation error or two - the book was originally published in Italian), the book is a nice addition to the vintage bicycle enthusiast's collection. The book is currently selling for about $25 from Barnes and Noble, or check your local bookstore. Also, to see more photos of Zaghi's bikes and workshop, check out his Flickr page or his Instagram.
Posted by Brooks at 4:32 PM 4 comments: 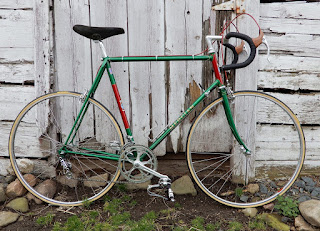 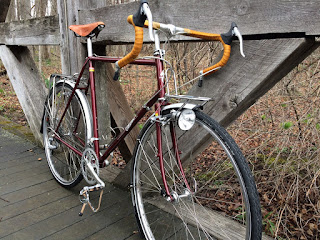 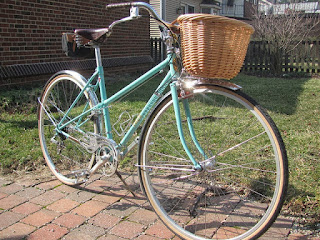 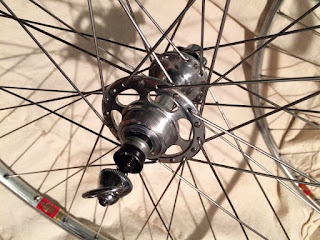 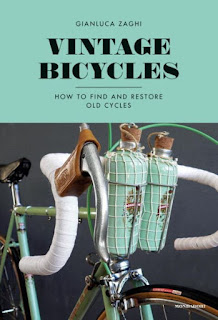 Wherever you are, I hope your new year gets off to a good beginning. If anyone has a bike-related new year's resolution to share, feel free to leave a comment. Who knows? You just might inspire someone.
Posted by Brooks at 1:24 PM 3 comments: