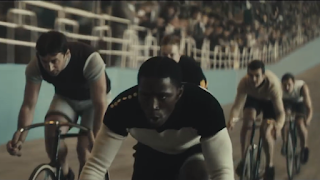 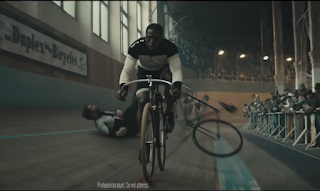 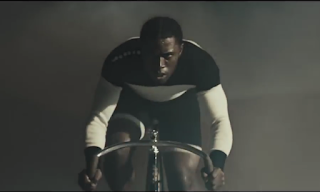 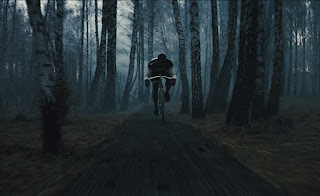 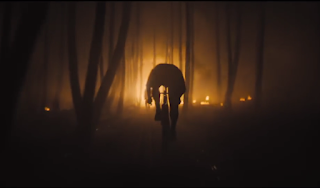 It's a beautifully shot and executed piece of commercial cinema - Enjoy!
Posted by Brooks at 2:09 PM 11 comments:

12 Speeds - You Know Where This Is Going

Well, they did it. Your "Goes to 11" drivetrain is now obsolete, as Campagnolo this week has introduced the first 12-speed drivetrain for road bikes. We knew it was going to happen eventually, right? I mean, it's been a whole ten years since they introduced the Nigel Tufnel-pleasing 11-speed system, which was about eight years after the introduction of 10-sp. And 9-speeds had been introduced by Shimano just four years prior to that. (Shimano had arguably kicked off this arms race by getting us into 8 speeds in 1988).

Okay, if you're like me (and if you're reading this, there's a good chance you are) you probably don't have an 11-speed setup. You may not even have progressed past 8 or 9, and you probably aren't feeling a major lack in your life as a result. Also if you're like me, you probably wonder about the benefit of cramming more and more cogs into the limited real estate between a bike's rear dropouts. Whether it makes sense or not, 12s are here, and there's no question that Shimano will have to respond in kind with their own 12-speed system within the next year or so. SRAM is practically already there, having recently introduced a 12-speed MTB system designed for use with single-chainring cranks.


In a short 1986 film about the Taylor Brothers, the builders of some truly fine British bicycles through the second half of the last century, Jack Taylor can be seen lamenting the state of racing bikes of the mid-80s with their 7-speed freewheels, saying that in his day they only rode 4s, and that 5s were already too many because it put the chain too much out of alignment. Just too many gears, he said, "you don't know which one you're in." I think a lot of us who cut our teeth on 5s and 6s would argue there's nothing excessive about them, and that 7s are probably just about perfect. But at some point, adding more gears just becomes gratuitous.

I have several bikes in my collection that have only 5-speed freewheels (and only 120 mm between the dropouts) and a couple with 6 or 7. The non-retrogrouchy commuter I've been using has an almost anachronistic-seeming 8-speed cassette, the Rivendell has 9, and I'm almost embarrassed to admit I have a retro-modern Mercian with 10 (but no 11s). To my mind, the main difference between all of them is that with more speeds, I find myself doing more shifting, but of course I don't go any faster. With 5 or 6, I get myself in a gear that feels right for the general terrain and just ride the damn bike without worrying about it. I've read where the late great Jobst Brandt did the same. It does not distract nor detract in any way from my rides.

In an old Rivendell Reader interview (R.R. 6), Brandt said, "I use down tube shifters and use a 6-speed freewheel because 5-speeds are dead. . . I'm not preoccupied with always being in the right gear or following some unwritten precepts on cadence and the like. I ride a gear that's about right and leave it at that. . . The range of gears hasn't changed much in the last 50 years, only the number of gears in that range. I don't believe they are useful, necessary, or any good for the design of the rear wheel. Five or six is plenty, nine is gratuitous hardware and multiple redundancy."

With each additional cog, the chain, spacers and cogs keep getting thinner. As a result, they've managed to fit these extra gears in with only a small increase in cassette width. But even that small increase has also meant an increase in the dish of the wheels, which is generally not a good thing for wheel strength. Not only that, but now that so many new bikes and wheelsets are made for disc brakes, the spacing has grown on both sides. If I'm not mistaken, many road bikes today are pushing 135 mm between the dropouts. This can create issues with crank width or Q-factor -- as the chainstays have to flare out farther and farther to accommodate the growing hub width, unless there is some radical re-shaping of the stays, Q-factor has to grow to keep the cranks from hitting them.

Another issue is that as cogs, spacers, and chains continue to get thinner, they become more prone to wear, and much more sensitive to derailleur alignment issues. If someone is using the latest electronic shifting, supposedly those systems keep themselves adjusted, but that's a high cost of admission for new technology that just solves the problems created by other new technology.

So, why the push to add more cogs? As usual, the claim is that you can get a broader gear range while still keeping the ratios close from one cog to the next. Campy's new 12s cassettes are available in 11-29 and 11-32, and there are single-tooth jumps for the first seven cogs. The last five cogs have jumps from two to four teeth. Clearly, they could make a straight-block "corncob" racing cassette that would go from 11-22, but they currently don't, and I have no idea if they have plans for such a thing, or if anyone is even calling for it. But proponents are already saying that the extra cog has a "substantial effect on smoothing the gear ratio spread" -- as if it's a huge and worthwhile improvement over 11s, which itself was hailed as such a huge improvement over 10s for the very same reason, and so on, and so on.

The thing is, the very same arguments for bumping us up to 12-speeds are likely to lead us to 13 before too long. I mean - you still have cogs with two or even four-tooth jumps between them (as if that's a bad thing), and at some point somebody is going to say you can reduce that further by adding another cog. Since they've so clearly embraced the philosophy of planned obsolescence, the only logical result is that they continue adding another cog every few years. One could argue that at some point they'd stop because you'd eventually get to where adding more cogs just starts getting ridiculous.

The thing is, some of us think we passed that point a long time ago.
Posted by Brooks at 11:45 AM 20 comments: