Regular readers have probably noticed I didn't have a new post for about a week or so -- I was away on a family vacation, and even though I expected to still get to the blog at least a couple of times during the week, it turned out that I essentially had no internet for most of the trip. That had me pretty well cut off from everything. Sorry about that. But here's a report on where I was.

We spent a week in Hawaii -- on the island of Maui, to be exact. That's not a trip one normally takes on a teacher's salary, but my father-in-law is a world traveller, and once a year he takes the family on trip somewhere. Last year was Alaska. This year, Hawaii.

This vacation was my first real opportunity to try out my Bike Friday traveling bike. It was great to be able to take a bike along without any extra fees. I just rolled the travel case up to the baggage check and checked it like a regular suitcase (which, essentially, it is!). When we got to our destination, it only took a few minutes to get the bike unpacked and put together. I should also point out that it was nice not having to find a rental bike -- the Bike Friday is my own bike and although it looks unusual, it fits me perfectly.

About riding in Maui, there aren't really a lot of roads, but the roads there are nice for riding. Most of the main roads are wide and the pavement is smooth. Much of the island is protected park land, with the western portion being dominated by the West Maui Mountains and a forest preserve, and the eastern portion being dominated by Mount Haleakala, which is a volcano -- and a national park. There are highways that encircle the entire island coastline, but only a few highways that pass into the interior of the island.

Early on our first morning, I got up and went for a ride down the western coastline, on the Honoapaiilani Highway from Ka'anapali, where we stayed, down to Ma'alaea Bay. The ride down the western coastline is relatively flat and passes through the town of Lahaina (which used to be the royal capitol of the Kingdom of Hawaii) and a number of resorts -- which means lots of traffic and lots of tourists. Still, as one gets further from the resorts and closer to the bay, the scenery gets better and better.


Another ride I took was over the northern part of West Maui. This route follows the coastline and has great views. This part of Maui is not as developed, so there is a lot more unspoiled scenery. Also, there is less traffic, though the roads are narrower. But this was a seriously challenging ride. Lots of twists and turns, lots of climbs and descents. Besides all the ups and downs, the wind blowing in from the ocean was unrelenting. The ride was totally worthwhile though. Being able to explore roads like this on a bike is exactly why I wanted a bike I could bring with me when traveling. 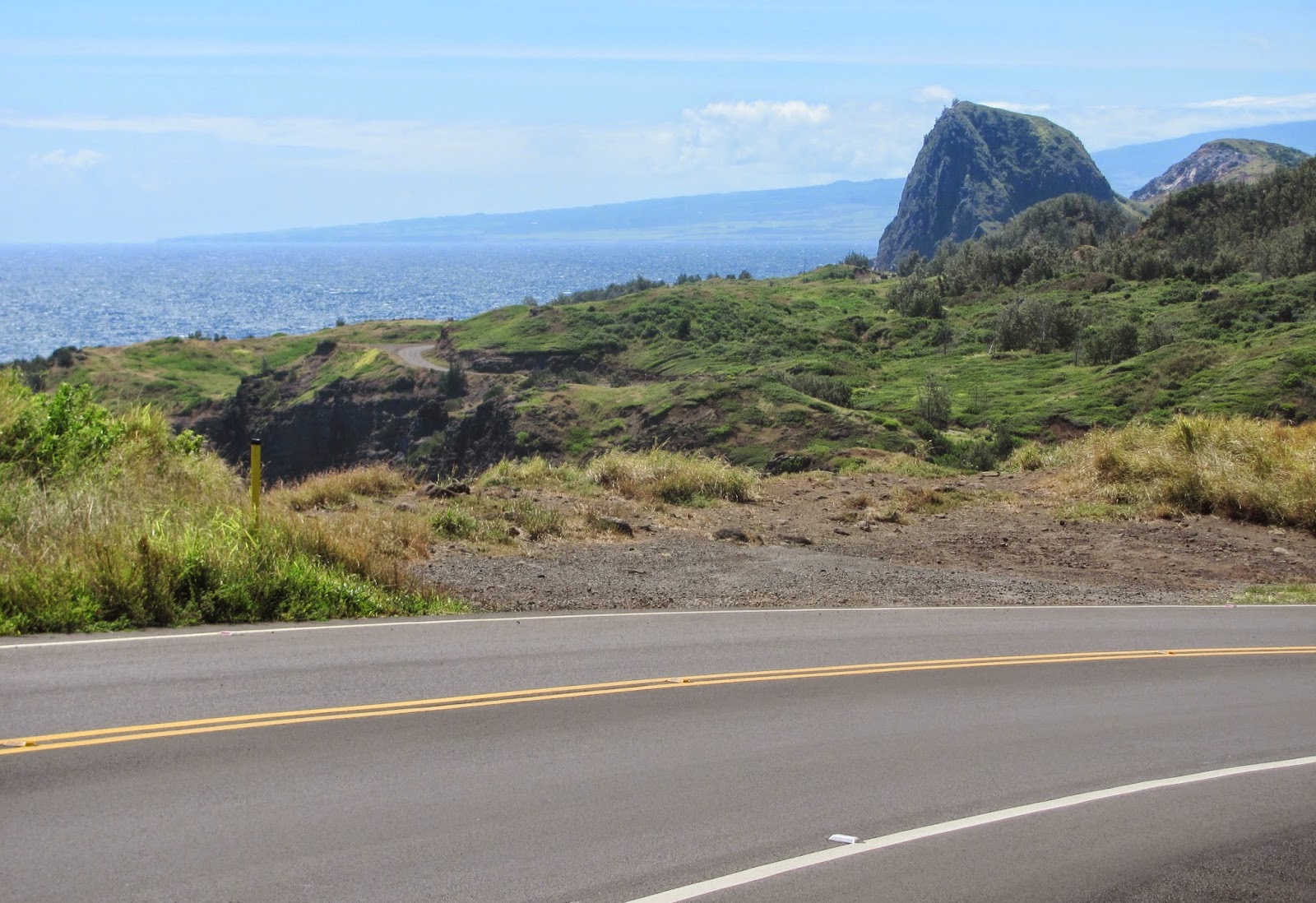 A ride I attempted, but was unable to finish was the ride up the volcano Haleakala. Starting at sea level, the road to the summit climbs over 10,000 ft. in about 36 miles. People call it the "ride to the sun." There are a lot of tour companies that drive people up the volcano and let them coast down it on fat-tire cruiser bikes or mountain bikes, but I had no interest in doing that. I wanted to ride up.

It was recommended that I start at the town of Paia on the northern coast, which is the traditional starting point for the "ride to the sun." From there, it's just continuous climbing. The grade isn't all that steep for most of the route, but it's constant and never really lets up. About 14 miles into the ride, one gets to the town of Kula, which is the last town before getting to the real heart of the volcano and where the climbing becomes more earnest (that's where the switchbacks start). Kula is also the last place to refuel or refill water bottles before getting into the national park, though one can fill bottles at the park's visitor center about 25 miles into the ride.

My family planned to drive to the summit and they gave me a few hours head start, so hopefully we would all meet me at the top. I was advised that descending the volcano after riding to the top (where the temperature could easily be 30 degrees colder) is a good way to get hypothermic, so it seemed like a good plan.

It didn't quite go as planned. I made it about 23 - 24 miles and over 6500 feet in elevation, but it was slow going. I found that after every couple miles of switchbacks, I'd need to stop and catch my breath -- but every time I stopped, my legs would start cramping up horrendously. With another 12 - 13 miles of road, and another 3500 feet of climbing to go, my family caught up with me in the car, and I was glad to see them. My legs were aching, and as they were passing I just said "let me in, I'm toast." I think if I had the chance to do it over again, I'd start at Kula, which is just before the first set of switchbacks. Instead of burning up all that energy over the first 14 miles getting to the heart of the volcano, I'd have liked to have had that energy for the last 12 miles to the summit. I'm trying not to feel too bad, though. After talking to local riders that I encountered during the week, I found most had never attempted the ride to the sun, and those that did spent a lot of time training for it. They were shocked I tried it at all having only been on Maui for three days.

I did get to do more riding during the week, getting out almost every day. All told, being able to see so much of Maui on my own bike was a great experience -- the Bike Friday worked out well.
Posted by Brooks at 4:19 PM