Would you spend nearly $200 for a bike chain? 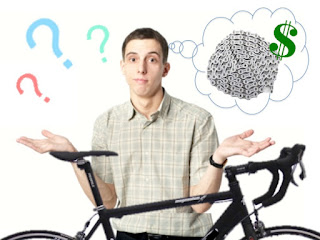 What if I told you that Sir Bradley Wiggins broke the Hour Record using similar technology?!

Dammit, somebody tell me where I can buy one of these chains!

That's right - the latest "must have" performance enhancing technology designed to separate the performance addict from his money is the "nanotube optimized chain" from Muc-Off.

Pre-treated with something called "nanotube speed film" -- supposedly a "military grade" additive -- the Muc-Off chain is not just for racers, but is aimed at "all riders" -- whether road, track, triathlon, or even MTB. Anybody who is willing to pay ridiculous sums of money for marginal gains, that is.

According to Muc-Off, each chain is "painstakingly speed graded and run-in under load during which data is taken to find its optimum."

Then it is specially hand-treated with the nanotube formula, working tiny nanotube particles into every nook and cranny of the chain. And the company claims that there is no sharp drop-off in performance as there can be with dry-wax treatments. But it's only good for about 400 miles. Then you need to re-treat it with the company's special "Nanotube Speed Film Lube" which will help restore some of the chain's amazing performance -- but not all of it. The home re-treatment should bring it back to within 1-2 watts of its original from-the-factory performance.

With all these marginal gains that are available out there, any rider with more money than brains should be able to build himself a bike that saves so many watts that it pedals itself.

Remember the Ceramicspeed O'SPEW Derailleur Pulleys that promise to save 2.4 watts for only $500? For another $1000 or so, you could save up to 9 more watts by upgrading the hubs and bottom bracket, too.

Save any more watts than that, and the power company will have to start paying you to ride your bike!
Posted by Brooks at 10:10 AM