Last year Masi Bicycles celebrated their 90th anniversary and released a book to mark the occasion: 90 Years of Masi ($39.95 from Amazon). I don't currently have a copy. Yes, I may need to get one.

More recently, the brand released a short film by Curtis Winsor, of Winsor Creative, that might appeal to us retrogrouches. I suppose it is intended as an advertisement, but it isn't a hard sell. Instead, the film is more about soul and nostalgia, and features a vintage bike fan, a lovely old bike, and some beautiful scenery.

The film focuses on John Gallagher, who has had his 1963 Masi since he was in his teens, and since the bike was new, purchased from the first U.S. importer of the brand (for a brief moment in the film, one can see he still has the original paperwork on it!). Gallagher is a friend in the Classic Rendezvous group and won an award for his vintage Masi at the California Eroica event. 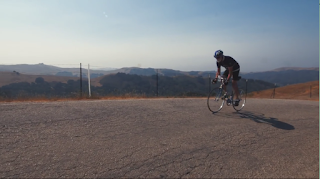 There are occasional glimpses of the classic bike . . . 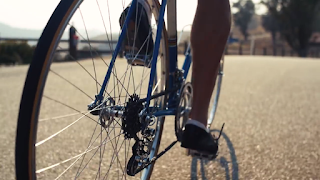 . . . all with Gallagher's voiceover throughout - reminiscing about getting the bike, racing with it, enjoying it, and never wishing to part with it.


As a side note, with nothing really to do with the film, I just want to add that I'm still trying to figure out how they're coming up with "90 years" of Masi. As I understand it, Faliero Masi was born in 1908 and set up his own frame shop - his own brand - sometime in the 1940s. That's way less than 90 years. He did build bikes before that, for other shops for instance, but not necessarily with the Masi brand. And it is said that he built race bikes for Fiorenzo Magni as early as 1924 -- which is actually more than 90 years. Not only that, but it seemed to me that just a few years ago, I was certain I'd read that they were getting ready to mark their 70th anniversary. So I may need to get this book just to figure out how they're doing their math.

Regardless . . . watch the film. It's only about 2½ minutes, and it's enjoyable.