The bike blogosphere has been abuzz over this new bicycle speed record. Apparently some guy in France has taken a "bicycle" up over 200 mph. BikeSnobNYC is calling him the world's fastest fred. Here's his machine: 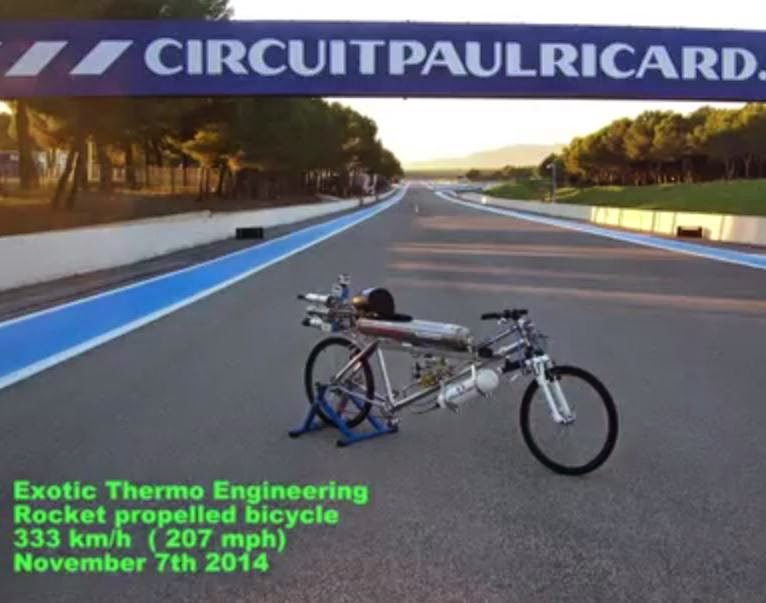 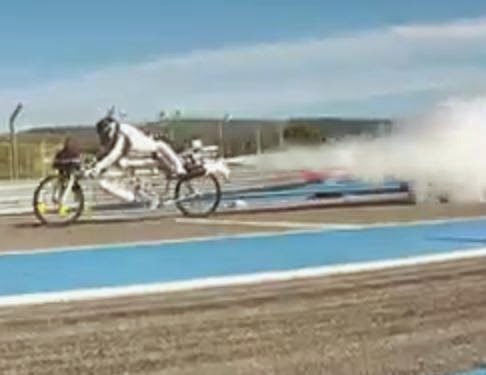 On Nov. 7th, François Gissy took a rocket-propelled bicycle up to 333 km/h, or 207 mph, in 250 meters. I watched the video -- and it looks freakin' insane. But what I want to know is, for what does this count? I suppose it's some kind of daredevil record, but it doesn't have much of anything to do with bicycling. The contraption can maybe be called a bicycle only by some generous stretch of the definition -- yes it has two wheels, and it does have some pedals and a chain that could potentially propel the machine forward. But in the record, there is no pedaling being done at all. In fact, watching the video, it really looks like the guy's legs are just dangling behind him like on some kind of Wile E Coyote cartoon contraption from "Acme."

All he needs is a roadrunner to chase down.

An interesting achievement -- heck, just staying on the thing makes it an accomplishment. Just don't call it a bicycle.
Posted by Brooks at 6:38 PM