In a move that shouldn't really come as much of a surprise, several bike companies are releasing new mountain bikes this year with a new and improved bottom bracket system that promises to solve once-and-for-all the problems of ill-fitting, creaking, press-fit bottom brackets.

So, what exactly is this new solution? The real irony is that the latest "new" bottom bracket standard isn't new at all. Several mountain bike makers are bringing back the traditional threaded bottom bracket.

The new-for-'17 Specialized Enduro has plenty of state-of-the-art mountain bike technology, and a variety of updates and changes - lots of them with catchy proprietary names: SWAT Door Integration, ManFu Link, and X-Wing layout (don't even ask me what any of that means). But look closely at the listed specs, past all the hot new tech, and you'll see something that was dismissed as obsolete just a couple of years ago. The new Enduro comes with a 73mm threaded bottom bracket, just like any decent mountain bike made since the '90s and through the first decade of the '00s.

They aren't the only ones, either. Niner bikes has put a 73mm threaded bottom bracket into its newest Jet 9 RDO, a short-travel trail bike. 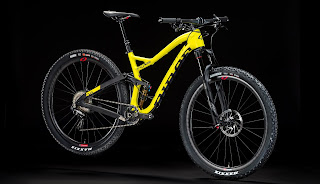 It looks like some of the bike makers are considering the traditional threaded BB because of its well-known reliability, even under harsh conditions. Some also cite the ability to use threaded bottom bracket shell inserts that also incorporate threaded bosses for some common chain guides.

Some companies never actually abandoned the threaded bottom bracket - like Santa Cruz. But now, instead of having to explain why they stuck with the "old tech" when everyone else was switching to "new-so-they-must-be-better" press-fit bottom brackets, Santa Cruz can now sit back and say "See, we were right all along."
Does this mean threaded bottom brackets are coming back for all bikes? Probably not - or at least, not yet. Citing weight, some companies are still saying they don't want to add the extra gram or two that comes with bonding a threaded aluminum insert into their stupid-light carbon fiber frames. Because people will absolutely be able to feel the extra grams - just like they immediately notice the weight loss when they spill a mouthful of water from their water bottle. More likely, it comes down to the same old argument that manufacturers try to downplay for their buyers - that when doing everything possible to slash manufacturing costs, eliminating the need for a precisely machined and threaded bottom bracket shell in a popped-out-of-a-mold carbon frame represents a savings they'd rather not give up. That's one of the main reasons for going to press-fit in the first place.

Are threaded bottom brackets poised for a real comeback? It's too soon to say for sure - but it's an interesting development all the same.
Posted by Brooks at 6:02 PM