It's a rare thing when my school/work year extends past the end of May - but here it is, June 17, and we're still in school - albeit for another day. Between the extra weeks added to the end, along with pandemic quarantines, COVID protocols, mask mandates, shutdowns, "virtual" lessons online, altered schedules, video conferencing, and Zoom, my colleagues and I have dubbed 2020-21 "The Year That Wouldn't End." 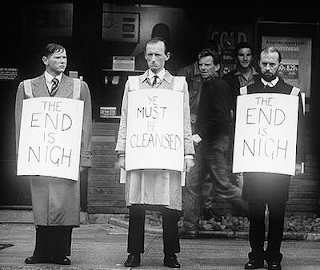 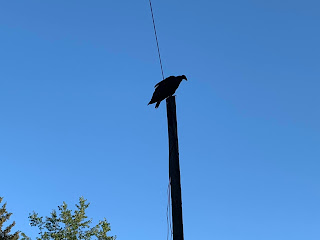 An omen? This guy was eyeing me rather suspiciously on my ride to work Wednesday morning. The locals call them buzzards, but really, they're more properly called turkey vultures. Still . . .

In the previous post, I pointed out that I had reached my bike-to-work goal for the year with just a few days to spare, so this post is an update with some final numbers and new pictures.

So, I will officially finish the year with 103 bike commuting days, for a bike-to-work average of 65.6% (gotta get that .6 in there!). That's 2,935 miles of commuting for the year. My 9-year total is 843 days with a long-term average of 55% which means I'm meeting/exceeding my goals more often than not. I've only fallen short of a 50% average 3 times since I started biking to work regularly. I guess you could say that's not half bad (groan).

Unfortunately I must drive on the final day as I still have bikes hanging on the classroom walls that need to go home for the summer: 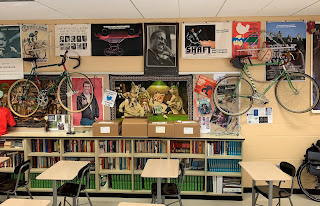 And now, let's end this with a couple more pics: 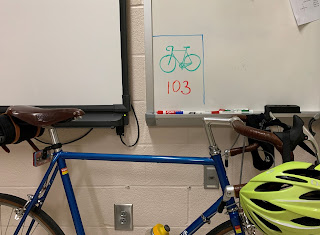 Keeping a tally of the days on the classroom whiteboard 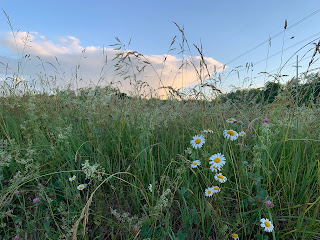 Taking time to smell the flowers  - or at least photograph them - on an early June morning. 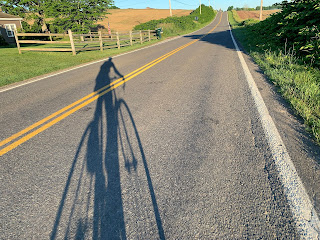