Under the Lunar Eclipse

I rode my bike to work this morning guided by the lunar eclipse.

When I stepped outside in the early morning darkness to begin my commute, I thought that the dark sliver of shadow across the bright white moon was the tail end of the eclipse. I assumed I had missed it, so what a nice surprise it was to discover that it was only just beginning.

With a cool Autumn chill in the air, the gradually shrouded moon hung straight ahead of me, directly above my path in a cloudless sky, leading me West towards my destination. 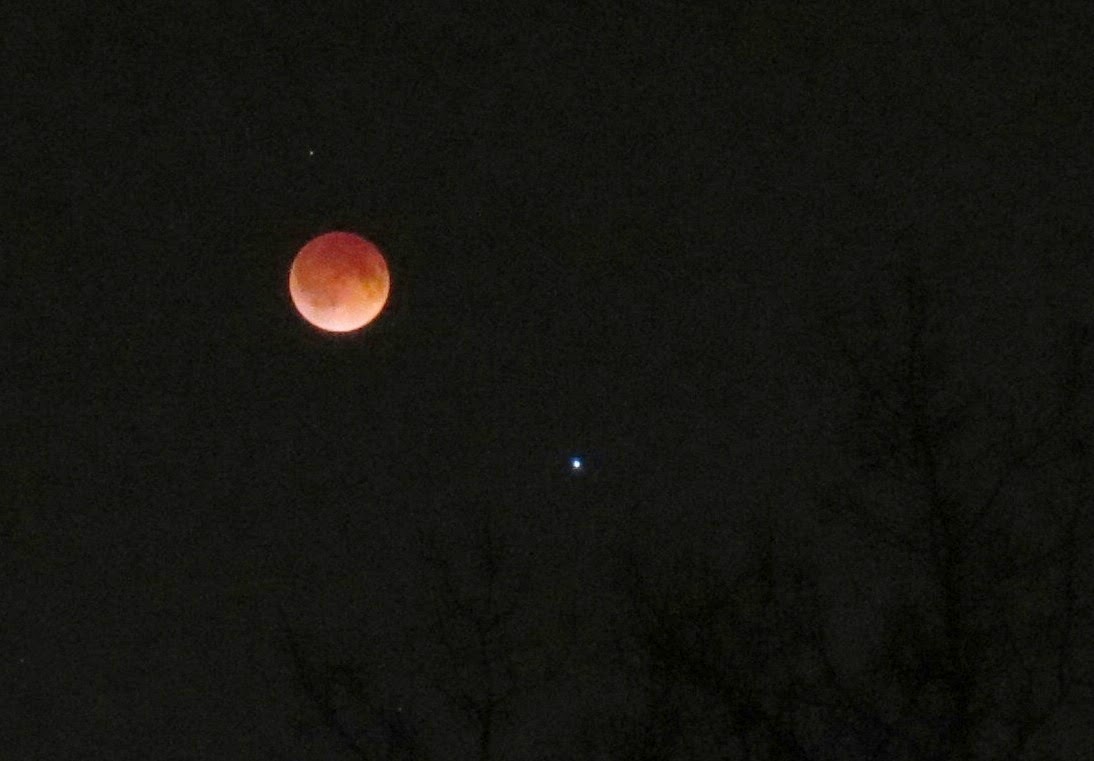 As I pedaled along the quiet, dark streets, I could see the moon as it was gradually swallowed by the Earth's shadow. Bit by bit, the bright light of the moon became just a thin crescent of silvery white before disappearing in darkness. Then, completely enveloped in shadow, the moon took on an eerie glow -- almost the color of copper. By the time I reached my destination, as the shadowed moon was at its dimmest, the horizon behind me in the East was just beginning to glow with the sunrise. Soon after, the morning light would erase the scene completely.

The phenomenon of the coppery red moon during the eclipse has been called by some the "blood moon" and it apparently happens because even though the moon is completely in Earth's shadow, some of the reddish-orange light of Earth's sunrise and sunset (depending on which hemisphere the moon is being viewed from) is reflected off the lunar surface. Pretty cool.

I was glad I got to see it from the wide open, unobstructed view from my bicycle saddle. What's more, it occurred to me that had I chosen to drive this morning instead of riding, I almost certainly would have missed it.

Another great reason to ride, not drive.
Posted by Brooks at 5:06 PM