On this, the last day of 2014, I thought it might be fun to look at some of the top "innovations" from the past year -- and where better to find them than to search Gizmag site, where there is never a shortage of questionable concept bikes and accessories posing as real breakthroughs. According to Gizmag, these are "examples of what happens when people dare to try something different . . . and that sort of spirit is the reason why we're not still all riding penny farthings." Unfortunately, real improvements are hard to come by, which is why a lot of this stuff is probably already DOA. 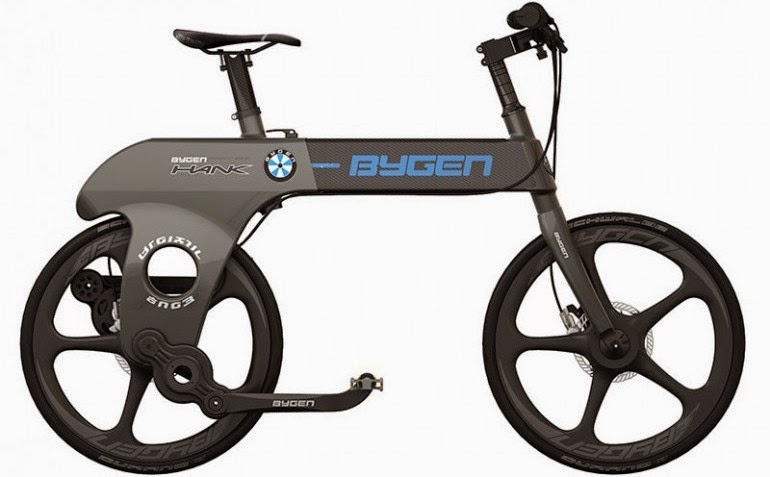 First of all, there's nothing more innovative than digging up an idea that's been resurrected several times since it first saw the light of day in the 1880s -- the lever-drive, or "treadle" mechanism. Here we see it as the Hank Direct Bike from the Korean company Bygen. In addition to its lever-drive system, it also features a telescoping frame that allows it to be packed away more compactly for storage -- which is good, because that's likely where the bike would spend most of its time.

The lever-drive bicycle goes back at least to the American Star bicycle, which was an early alternative to the penny farthing. Needless to say, it didn't catch on. The most recent retread of the idea to gain much attention was the Alenax bicycle of the 1980s, but it too went nowhere. There is a bit of info about the Alenax on (Saint) Sheldon Brown's site, where Jobst Brandt called it "a great example of an outsider inventing a solution to a perceived problem, creating something that is useless for the intended user." I don't see the Hank Direct Bike as being any better. 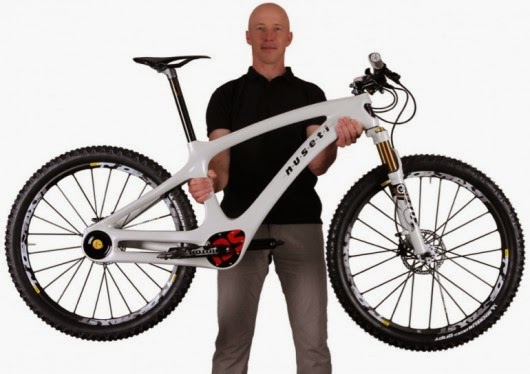 Next comes the Nuseti sealed drivetrain mountain bike. According to Gizmag, "there's no denying that belt drives are quieter and less grimy than chains" (though for some reason that doesn't stop me from questioning their superiority). But the makers of the Nuseti still believe that chains are the "sturdier, more efficient way to go." So then they go and make a chain-drive bicycle, but do everything they can to reduce that efficiency. First, they seal the chain inside the frame and have it in an oil bath (so if one ever does need to repair or replace the chain, it'll be a nice simple project). Then they run it through a bottom-bracket-mounted planetary gearbox. Oddly enough, the planetary gearbox inside the bottom bracket is another idea that goes back a century or so, and never really caught on -- mainly because they don't match the efficiency of the chain and derailleur systems that have become the de-facto standard for multi-speed bicycles. That's not to say that internal-geared systems (like hub gears) don't have their proponents even today, but even the best of them have comparatively reduced efficiency. The Nuseti is unlikely to see production, as their Kickstarter campaign failed to meet funding goals. 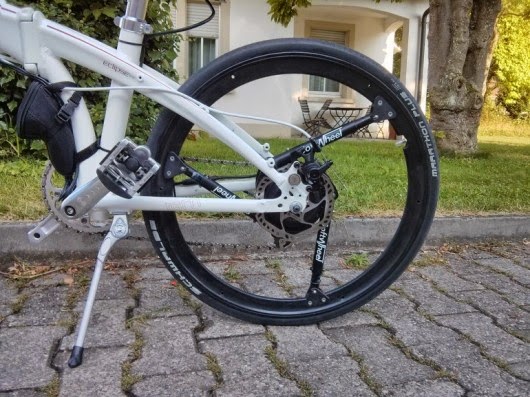 Then there is the SoftWheel Fluent suspension wheel. I've never been convinced that suspension for bicycles is all it's cracked up to be, and this doesn't change my mind. The Fluent suspension system is different from most in that it puts the shock absorption into the wheel itself instead of the frame. This takes the lightweight, simple, beautiful, and structurally marvelous bicycle wheel and makes it a heavy, complicated mess that might work OK when new, but is likely to develop all kinds of problems with extended use. Not only that, but it the wheels sell for about $2000 a pair!


"Smart" bikes that integrate with smart phones are all the rage apparently -- and how better to lock up those bikes than with Skylock solar-powered bicycle lock? That's right, key-operated mechanical locks are now Retrogrouch technology. The Skylock works with the user's smartphone to unlock at the touch of an on-screen button on the phone, or even when the user gets within close proximity to the lock. And yes, it's battery powered, but don't worry about dead batteries leaving you stranded, because the solar panel on the lock will keep it charged up. The lock also detects crashes and theft attempts and sends a signal to the user's phone. Brilliant!

For those who fear that hand signals just aren't effective enough for alerting drivers to our intentions, the Zackees turn signal gloves will give drivers another feeble little flashing light to confuse them further. Even in the photo that supposedly shows how effective the turn signal gloves are, I have a hard time distinguishing between the turn signal and the other lights that are in the distance ahead of the rider. Not only that, but what hand signal is that rider using, with her right hand out and her elbow at 45 degrees? Also, if this rider is concerned about visibility, why is she wearing dark blue clothing while out riding at dusk? Sorry -- more gimmick than innovation.

Some "honorable mentions" for top innovations include the Maynooth Bike, which has a bizarre "linear drive" mechanism with pedals that move up and down the front forks, and the MC2, which is basically a mini penny farthing with internal hub gears and disc brakes.