The Bicycling Community Pulls Together for Tom Palermo

Baltimore area framebuilder Tom Palermo was killed while bicycling on Saturday, Dec. 27th, when he was struck from behind by a car that fled the scene. Though the driver, an Episcopalian Bishop named Heather Cook, did eventually come forward, it was too late for Tom. I mentioned in my recent article about the incident that Tom had two young children who are now left fatherless. As a father of two young ones myself, I believe that is the worst part of this tragedy. 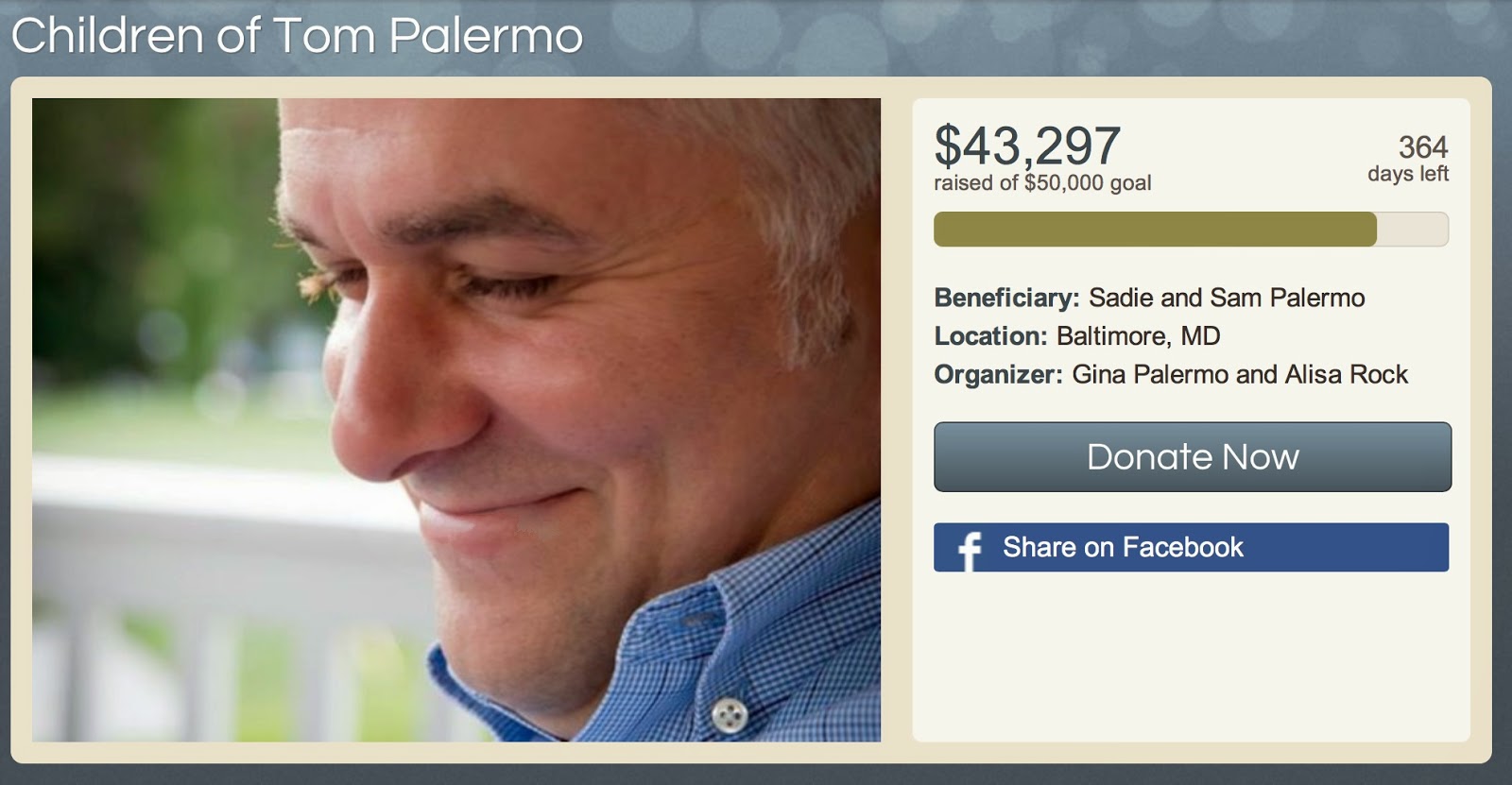 While it is unclear so far as to what will be done by the legal system to seek justice for Tom's death, the bicycling community has been pulling together to help his family. A fund has been set up on YouCaring.com, and after only a couple of days, has come close to meeting its fundraising goals.

A number of people, including fellow framebuilders and bicycle enthusiasts on the Classic Rendezvous group have been selling bicycle parts and donating the proceeds to Tom's family. Certainly, if any Retrogrouch readers are so moved, don't hesitate to visit the YouCaring site to make a donation.

Another project of a different sort has been started by framebuilder Chris Bishop -- to compile pictures and stories about Tom's work to serve as something of a tribute for his children, to let them understand what their father did, and how much he meant to people in the bicycling community.

Chris writes, "Tom was a great guy, always warm. He loved his family immensely, something I got to see firsthand when I visited his house. We may not be able to bring Tom back to his kids, but we have an opportunity to create something for his wife and kids, who are too young now to really understand, to show them what he accomplished as a framebuilder. My wife and I have decided that a book might be a good idea. We want to compile pictures, stories, and thoughts about Tom and his bikes into a book that, when they are ready, his kids and wife can look at to see how much he was respected and loved in this community, and the talent he had."

"Tom was always incredibly helpful and encouraging to me when I started out as a framebuilder," said Chris. "I will never forget the ways he helped me. I hope we can create something for Tom to help his kids remember their father with pride."

Nothing can be done to make what happened right. But I think it speaks really well of the bicycling community that there has been such an outpouring of support for Tom Palermo's family.
Posted by Brooks at 10:26 PM