Just a brief update on the story about Tom Palermo, the Baltimore area cyclist and framebuilder who was killed last month. The latest news is likely to make some feel that the justice system is working, while others may feel like not enough is being done.

Tom was out for a bike ride on a clear afternoon on Dec. 27 when he was struck from behind by a driver who then fled the scene. That driver, Heather Cook, was a prominent bishop in the Episcopal Diocese of Baltimore. Cook was chased down by other cyclists, who were able to partially identify the car before losing track of it in a gated housing community. She returned to the scene about a half-hour later, where she cooperated with police, was taken to the Baltimore Central District station, and given a breathalyzer test. 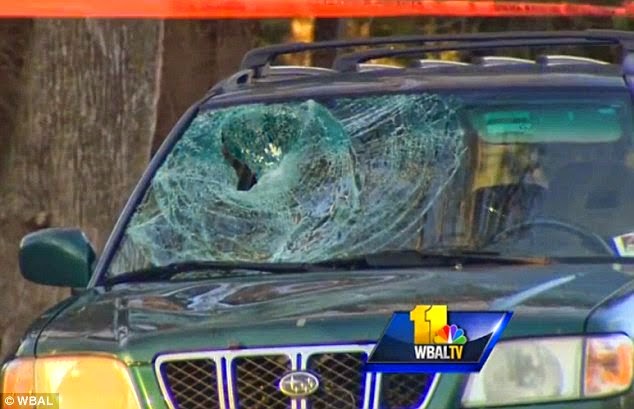 In the latest news, it has been revealed that Cook was drunk at the time of the accident, having registered 0.22% BAC (about 3 times the legal limit), and it has also been alleged by police that she was texting at the time as well. This past Friday, Cook surrendered to police and charges were filed, including manslaughter and leaving the scene of a fatal accident. The courts set her bail at $2.5 million.

Some have complained that Cook received special treatment, perhaps because of her position. For example, she was not given the breathalyzer test at the scene of the crime (when someone flees the scene, I'm not calling it an "accident"), and was not arrested promptly. However, according to police, prosecutors and defense attorneys, it is not unusual for charges to be delayed while the incident is investigated. Some former prosecutors have argued that charges in this case were actually brought relatively quickly.

When I first wrote about Tom's death, I wrote, "Unfortunately, a terrible truth for all of us cyclists is that there is far too often an 'accidents will happen' mindset in our justice system, so the drivers who maim and kill cyclists  rarely see any kind of criminal charges, or those charges are so watered down as to be rendered meaningless . . . In this case, with the driver being a notable bishop, it seems unlikely to me that serious charges would be raised against her, regardless of the other circumstances of the case that may come to light." I then expressed the hope that I'd be proven wrong.

Given that unfortunate reality, it seems to me that the justice system is actually taking the case seriously. I, and many others, feared that Cook's position might mean that she would be treated with too much leniency. Perhaps ironically, I now think that the opposite might be true -- because of Cook's position as a bishop, the case has actually become national news and is receiving a lot more scrutiny than is usually seen in the vehicular death of a cyclist.

There is still the distinct possibility that Cook could avoid serious punishment. Plea bargains are not uncommon, and even if the case does go to trial, it's hard to say what verdict a jury might hand down. But at least for now, it looks like the wheels of justice are turning. Time will tell if the cycling world will be satisfied with the results.

In the meantime, those who would like to help Tom's family are again encouraged to visit YouCaring.com, where a fund has been set up to raise money for his two young children.
Posted by Brooks at 11:23 AM