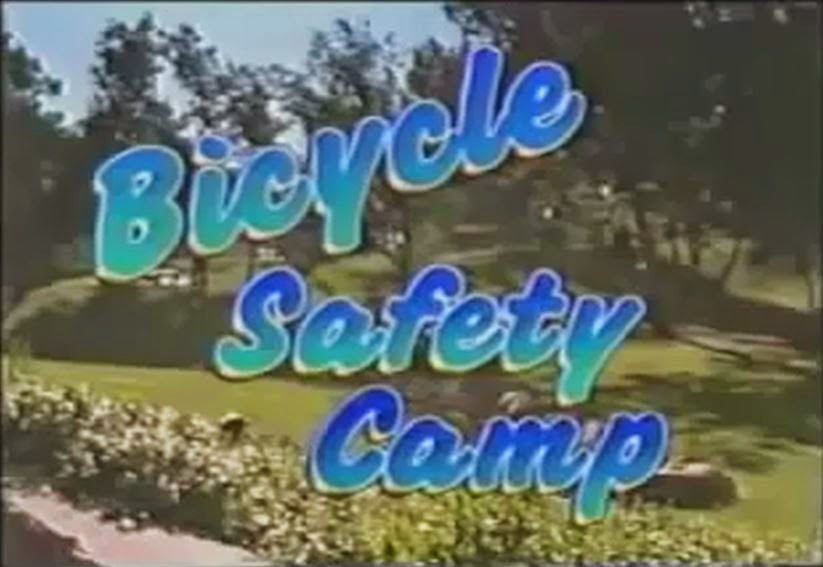 In my Bike Safety 101 series, I've scrutinized a lot of dumb vintage safety films, but Bicycle Safety Camp from 1989 just might be one of the dumbest. Whereas a lot of the 50s and 60s vintage educational films have a kind of goofy charm that reflects the simplicity (and maybe a bit of naiveté) of their era, Bicycle Safety Camp tries hard (desperately hard) to be cool, but the film is almost more effective as an unintentional parody of the late 80s. Most of the film is done as a musical, with a cheesy synthesizer track and the most white-bread rap imaginable.

As this ridiculous film opens, we are introduced one by one to the kids who will be participating in the Bicycle Safety Camp -- apparently against their will, as if it were some kind of court-ordered (or in this case, parent-ordered) driving school for people with multiple moving violations.

One by one, meet the campers:


In the next sequence, Sam Sprocket manages to be in 3 places at once (through the "magic" of video) to accompany the two oldest campers, Rita and Rebop, on the road, while Julie and Boomer are on a quiet residential street, and little Arthur is on the sidewalk -- yes, the sidewalk. And through another annoying synthesized musical number, we get a range of riding safety tips . . .

After all the musical safety tips are done, the kids take a "riding test" and review all of Sam's safety lessons on a "magical" blackboard that shows video clips. 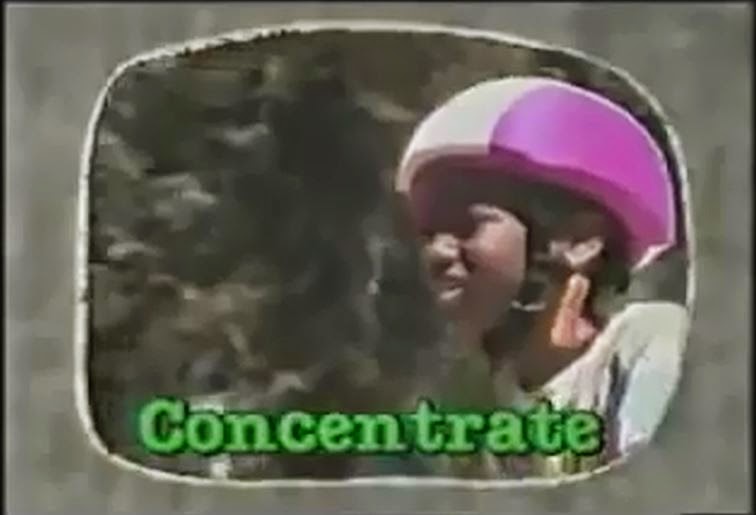 After passing their test, the whole team raps about bike safety, and how much they love it. And perhaps not surprisingly, the MOST IMPORTANT safety rule of all is to Always Wear a Helmet. Sam then tells the campers they get to keep the bikes they used at the camp (admission fees must have been pretty expensive!).


You can watch Bicycle Safety Camp right here, but I need to warn you that it's around 20 minutes long, which is about twice as long as most vintage safety films, and easily twice as long as it needs to be. Also, The Retrogrouch is not responsible for any ill effects the music may have on viewers.