I recently watched a fun little video from Global Cycling Network on YouTube comparing modern to retro racing bikes. In it, two guys go for a ride together -- one with a new Ridley carbon fiber wünderbike that represents the top-level performance of today, while the other is riding what was probably the peak of performance in 1987. In fact, the 1987 bike is actually one of the very bikes ridden by Stephen Roche to his triple crown victories in the '87 Giro d'Italia, Tour de France, and the World Championships. The history of the bike, as well as the close-up shots of the bike itself, alone made the video worthwhile viewing.

The '87 Stephen Roche bike was a Battaglin built with Columbus SLX tubing, and equipped with Campagnolo C-Record components, including the coveted-but-questionable delta brakes. Here are some shots: 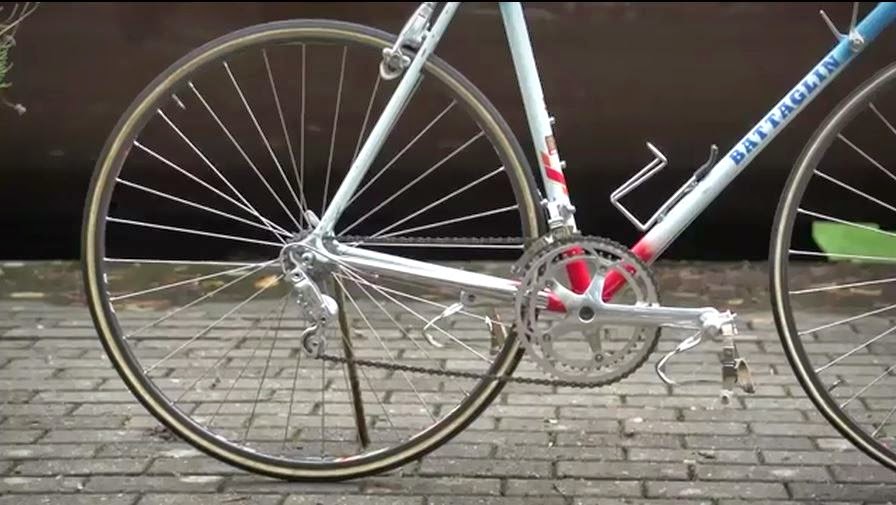 One thing they never mention is where or how they got one of Stephen Roche's actual bikes. That was something I'd be interested to know.

The video occasionally shows some then/now comparisons, like these shots as the guys prepare to set out for their ride:

Ultimately, the rider proclaims that with the comfort and feel of the vintage bike, despite all the technical advancements that have been made in the past couple of decades, he'd consider riding a classic-styled bike just for the enjoyment of the sport -- as long as he isn't looking for all-out performance. I suppose that's fair enough.

Anyhow, agree or disagree - it was a fun 8-min. video.

You can go to the Global Cycling Network channel on YouTube, or watch it right here: