Half Bike - Less Than Half Useful 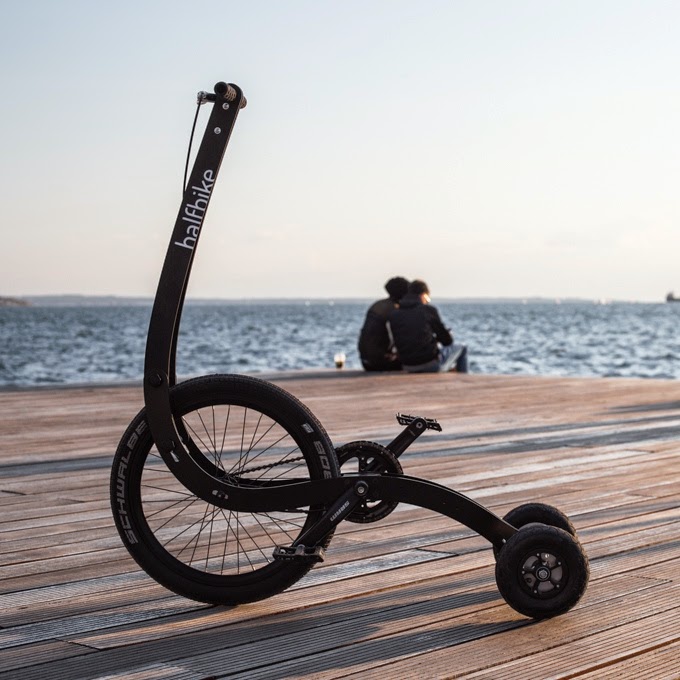 For those of you bemoaning how useful your bicycles are, somebody has come up with an alternative: The Halfbike -- which might be fun, but is probably something less than half useful.


Created by a couple of architects from Sofia, Bulgaria, who share "a vision about urban mobility and how it can be applied to the contemporary city," the Halfbike was on Kickstarter and apparently exceeded their $50,000 fundraising goal by about $920,000. Holy Cow.

Although the designers are interested in urban mobility in the contemporary city, it seems that the focus of the Halfbike is a lot more about recreation than actual mobility. More fun than function.

It's pretty clear at first look that the Halfbike is technically a trike -- but one that's meant to be ridden standing up. "The standing rider position is essential for the Halfbike. It brings you closer to natural walking and it's the only way to control the vehicle with your whole body and not just your hands. Halfbike is a sort of extension to the body that allows a smooth and intuitive ride." I don't know why it's particularly necessary that it be closer to natural walking, but OK.

Also, not to nitpick, but the fact is that a normal bicycle is also controlled with your whole body and not just your hands. Anybody with even slightly more than casual riding experience recognizes that.


To clarify the real intent of the Halfbike, the Kickstarter campaign talks mostly about fun. "We believe happiness has something to do with playing and having fun." And "We want to enable you to explore new horizons and have fun." I wont argue whether the thing looks like it would be fun. It probably would be, up to a point. 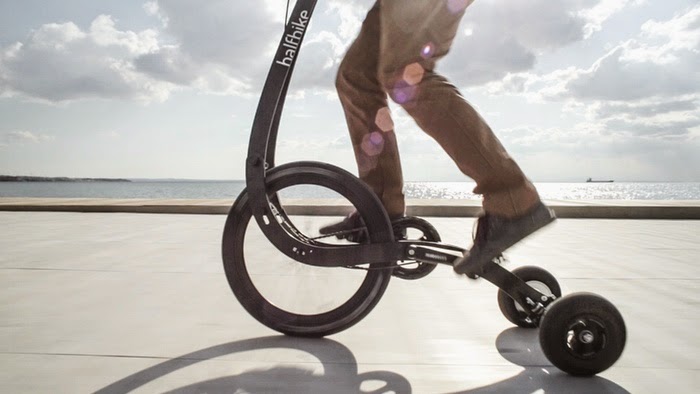 But the makers also say it would be great for commuting. Why? And Where? As a commuting tool, I can't imagine this being too useful for a commute of anything longer than a couple of city blocks. It also seems pretty limiting if someone needs to carry more than what will fit into a typical backpack. As for the other commuters, if I'm on a city sidewalk crowded with pedestrians, I sure as hell wouldn't want people zipping through the crowd on one of these (natural walking position or no). And if I'm on a bike in the city, I don't think I'd want to be coming up on these in the bike lane, either. No -- not really much for commuting by my perspective.

According to the Kickstarter page, the retail price of the Halfbike will be $599. Again, I say Holy Cow. Halfbike: Half Useful: Full bike price.
Posted by Brooks at 11:00 AM