With a title that reminds young viewers about who really controls the roads, the bicycle safety film Just Like A Car echoes other vintage car-centric educational titles like Bicycle Today Automobile Tomorrow and Drive Your Bike. Like many of these old films that I've examined in the Bike Safety 101 series, Just Like a Car, produced in 1972 by Film Loops, Inc., is definitely a reflection of its time. But in many ways it is also different in its tone and its presentation than some of the other films I've discussed here.

For one thing, throughout much of the film there is very little narration, or even much talking of any kind. Unlike the Sid Davis films such as The Bicycle Clown, or Bicycle Today Automobile Tomorrow, Just Like A Car does without the judgemental or condescending monotonal narrator. Unlike films such as Drive Your Bike, this one mostly does away with stiff and overly scripted dialogue. Instead, the film instructs mainly through visual imagery, sound effects, and music -- often really cheesy music with instructional lyrics. But the film manages to avoid some of the preachiness that overpowers so many other bike safety films, and instead shows biking to be fun (there's a shocker!) while also emphasizing a certain amount of due caution when sharing the road with cars.

The film opens with a shot of an open road, with the roaring sound of a high-performance engine -- maybe a muscle car. The camera pans and zooms, as if trying to locate the speeding car. We see something approaching in the distance, just cresting a little hill . . . is it a Mustang? Corvette? . . . No. . .

. . . It's a girl -- racing down the road on her Schwinn Varsity. Her hair is blowing behind her, and she looks like she's having a blast.


Then comes a segment that alternately shows a series of kids on bikes, and people in cars, as they slow down for pedestrians, stop for signs, signal for turns, etc. -- all following the same rules of the road. No narration - just the familiar opening notes from Beethoven's 5th repeating, played on horns and bicycle bells.
The full orchestration of Beethoven's 5th cues up for a busy city scene. Visually and musically, the busy city traffic becomes a symphony of sorts.


Here's one of the few bits of narration in the film: "When there's more than one person on the road, you've got to communicate." Which is followed by a clip from an old Charlie Chaplin film showing an argument that turns into a pie fight. I guess the message is that when it comes to traffic, the potential for conflict is always there. Or that people on the roads often act like children. Or, maybe that if you anger drivers of cars, they might hit you with a pie. 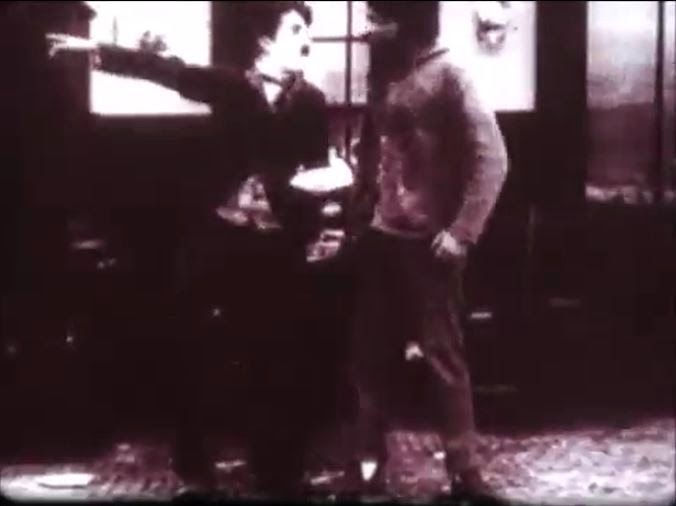 The narration continues (briefly): "Sometimes other people don't want to communicate with you. Then you've got to watch out for yourself."

Cut over to the kid on his bike, scanning the road for cars. . .

The next sequence has another song with cheesy instructional lyrics:

Wrapping up the film, we've seen lots of examples of kids riding the "right way" (notice that you never see adults riding in these movies -- wouldn't that have been a shocker?) so it's time to see a kid on the path to imminent destruction.

Followed by another quick editing sequence from silent-era movies of car accidents and bike crashes. 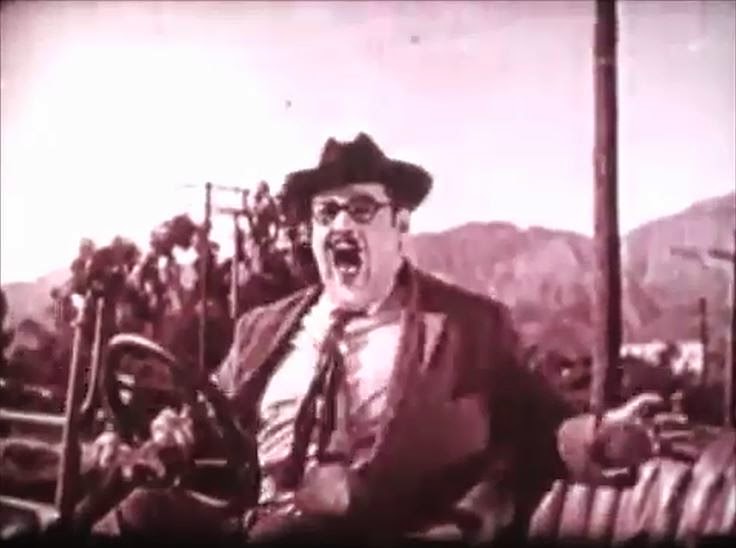 Okay - the kid lives to ride another day, maybe a little wiser for his experience. Cue up the cheesy music from the intro again. . .
It has such a '70s vibe.