How much is too much to spend on a bike?

Is that a stupid question? Do people in the top 1% of the top 1% ask questions like that?

When car companies collaborate with bicycle companies, you just know that the answers are going to get ridiculous. In recent months, there has been a spate of car-bike "collabos" -- some with questionable taste, and all with price tags that make me a believer in Socialism.

Take a look at several of the latest entries to the "more-is-more" school of bicycle design: 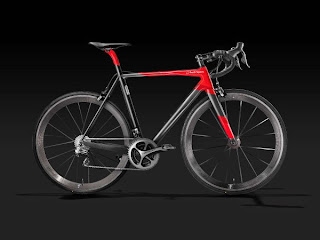 Surprising? I guess not. I mean, remember the $20,000 Specialized McLaren S-Works Tarmac? Okay, so, not "surprising." But no less ridiculous.

BikeRumor goes on: "Obviously, you could pick up a DuraAce Di2 group, custom R8 nappa leather covered Selle Italia Saddle (WHY?) and the rest of the components for less than $9,500, but with that difference you're paying for one of just 50 bikes with sweet custom Audi paint and a build that tips the scales at 13 lbs."

What are we saying here? A "sweet custom Audi paint" job is worth an extra $10,000? That must be some paint job. 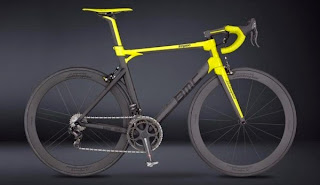 But as stupid-expensive as the Audi Sport is, it is only the beginning. It's still about $12,000 cheaper than the Lamborghini Aventador BMC Impec. That's a helluva name, by the way. It just rolls off the tongue -- with about $8000 per word.

Like the Audi Sport, the BMC Lamborghini is limited to just 50 bicycles, and I think they require a stock-portfolio evaluation before they allow prospective buyers to apply for purchase rights. Okay -- I might have just made that last part up. Or did I?

What's really laughable is that cheerleaders try to imply that even $32,500 is somehow a bargain. By comparing the bike to Lamborghini's $3.9 million Venenos automobile (the fastest, most powerful, most expensive Lamborghini car ever made, apparently), the implication is that "normal" people might be able to afford a taste of that Lamborghini "magic." 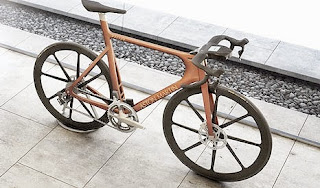 And yet, even $32,000 is somehow not too much to charge for a bicycle, as evidenced by the Aston Martin One-77. Made by Factor Bikes in the U.K., the bike is meant to recall the Aston Martin One-77 Coupe, which was limited to 77 cars that sold for $1.5 million. The bike is built with an exotic twin-downtube, twin-seattube carbon fiber frame, crazy 8-spoke carbon fiber wheels, and disc brakes. The One-77 bike also has a feature-laden integrated dashboard-like computer built into the carbon fiber handlebar setup. Also like the car, it is limited to 77 units. Price? They won't say. Unlisted. Talk about exclusive. I think they charge a fee just to ask the price.

What's kind of disgusting is that the companies that are making these things will have no trouble selling them. There are plenty of people, apparently, for whom price equals prestige. Twenty or thirty thousand dollars for a frivolous "luxury" toy is nothing. Just an average American's yearly salary.