It was Christmas day and the temperature must have been up around a spring-like 50 degrees or so. It was unseasonable for late December in NE Ohio. There was snow on the ground from the previous few days, but it was now melting and the roads were clear. A perfect day for a bike ride.

I was riding along a scenic backroad through an old part of Ohio's Western Reserve that looks surprisingly reminiscent of New England -- like something out of a Currier & Ives print. Icicles were melting off the roofs of the old century homes, with Christmas wreaths on their front doors and bows decorating the fenceposts. 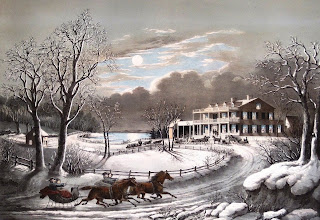 As I was taking in the scenery and enjoying the surprise opportunity to get out on my bike, I noticed the glint of something on the side of the road: a package, neatly wrapped in foil, decorated with a big bow. I stopped and picked up the package, carefully peeled back the wrapping, and discovered something that still gives me a chuckle some 28 years later: A home-made fruitcake.

I immediately had an image in my mind of these people driving home after the big family party on Christmas Eve with all the relatives -- the one where Aunt Martha (or whoever it is) spends the whole week before Christmas making her "famous" fruitcake for everyone in the family because they all love it so much, but in reality they all dread it. And so I picture these people driving home with this fruitcake that nobody wants, looking at this foil-wrapped package thinking "not another one!" so they just chuck it out the window somewhere along the roadside.

I have a bit of a Christmas tradition of going for bike rides. My Christmas bike ride tradition started that day I found the fruitcake -- during one of my winter breaks when I was home visiting from college in the 1980s. The weather doesn't always permit it, but I manage it more often than people might expect, especially considering that NE Ohio has a winter climate hardly conducive to biking.

We'll frequently get snow in December. But almost as often as not, we'll get a warming trend right around Christmas. In fact, this year, we had a good covering of snow for the past two weeks. Then all of a sudden, temperatures started climbing, and yesterday it hit 60 degrees. I went for a nice spring-like ride on Dec. 22nd -- not quite Christmas, but pretty close. This morning, temperatures started falling again, with rain and snow in the forecast, so I don't know if I'll get to go for my Christmas ride this year or not -- that 60 degrees yesterday might have been it for the year. We'll see.

I could be wrong, but it seems to me that winter used to be different. It may just be a fault in my childhood memories, but I could swear that it used to start snowing some time in November and didn't stop until March. I have no memories of Christmases in my childhood that weren't "white." Nowadays, it's about as likely to be 40 - 50 degrees on Christmas as it is to be snowy. (Don't worry -- this is not a post on global warming.) Memory is a funny and not always reliable thing. 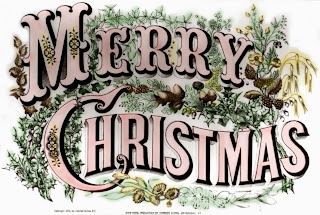 Anyhow, I really enjoy my Christmas bike rides when I get to take them. It's as good of a tradition for the season as any, I suppose. By the way, I've found lots of things on the roads while riding over the years (including money!), but none that stick in my memory like that Christmas fruitcake.

Enjoy the holidays, everyone. Go for a bike ride if you can. And look out for fruitcake.