The Price of Performance

The cost of high-performance bicycle gear is outta control. I've written about that before (What For the Money? and That Bike Cost HOW Much?) so I'm in danger of repeating myself here. Popped-out-of-a-mold carbon fiber wünder frames that cost $10,000. Electronic shifting group sets that retail for over $4,000 - 5,000. Carbon fiber wheel sets that cost over $3000. The worst, most vomit-inducing part is when the industry cheerleaders try to justify these outrageous costs by inflating marginal (if not completely unnoticeable) improvements with claims of radical performance gains.

For example, reading through some of the other bike-related websites, like VeloNews, BikeRumor, and BikeRadar, I've seen stories hyping the new Zipp 404 Firestrike wheels, which retail for $3,600. The way they're all going on about these wheels, you'd think that all previous wheels were square, and someone just invented the whole "round" wheel concept. Then again, they go through the same hyperventilating over pretty much every new carbon fiber wheel set that comes along, virtually every other week. 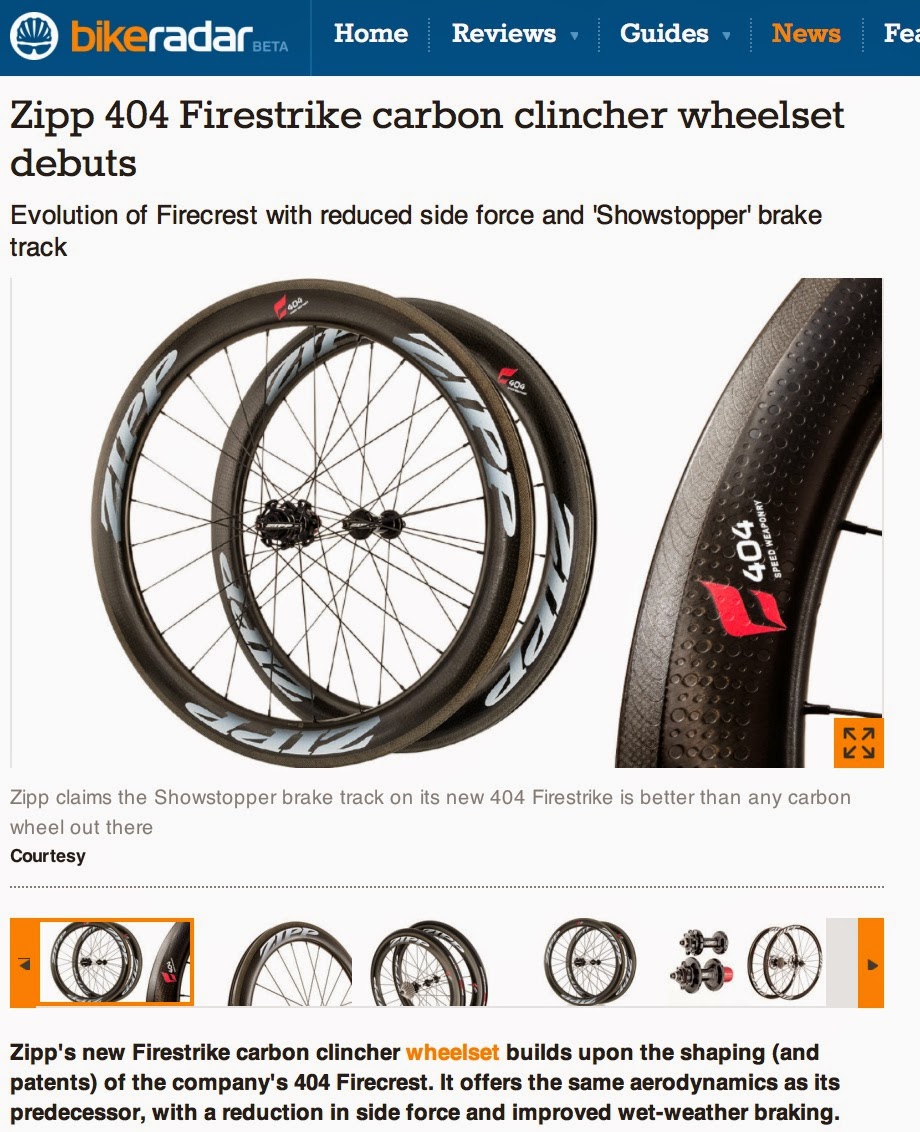 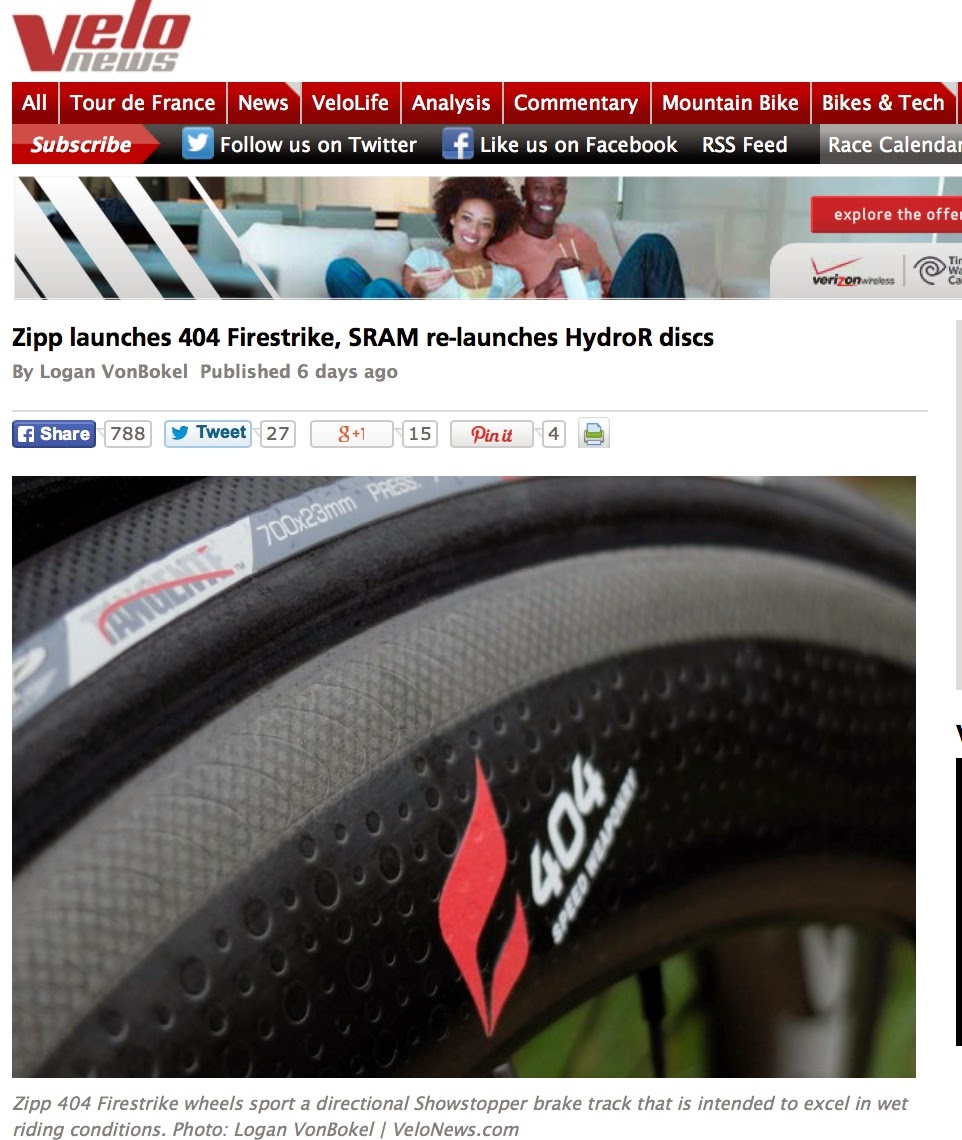 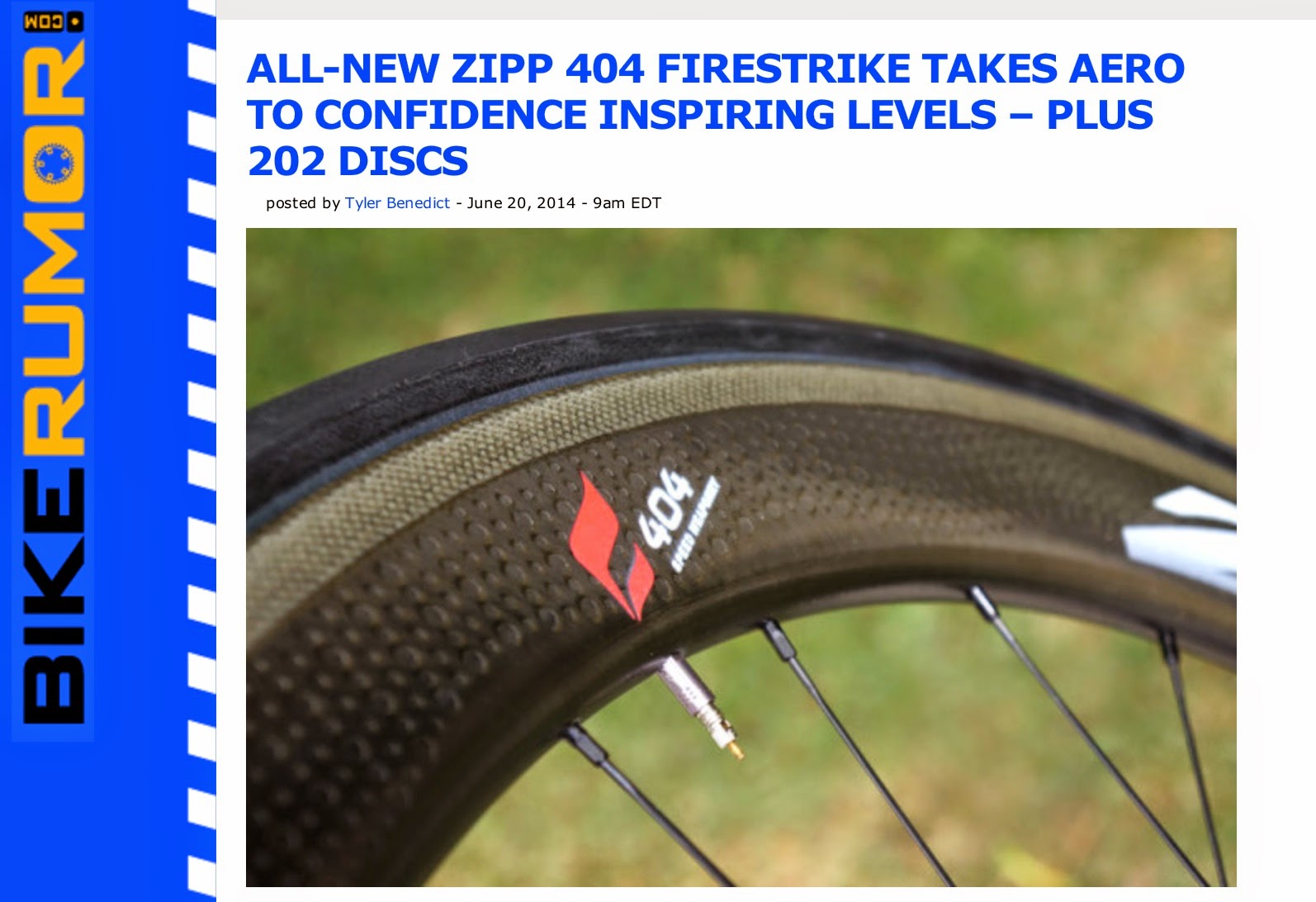 The VeloNews review starts by saying, "Zipp says that from the moment the brand introduced the Zipp Firecrest line, the engineers have been hard at work to develop a still better wheel set." Sounds like planned obsolescence to me.

The articles go on to talk about all kinds of technical alphabet soup -- "mathematically derived CFD rim shape," "ABLC dimple pattern," "SiC brake track," "ceramic ABEC 3/grade 10 bearings" -- which buyers can concentrate on trying to decipher, thereby distracting them from the realization that they paid way too much money to end up going the same speed. If that buyer is a perennial mid-pack finisher in Cat. 4 races, they will still be a mid-pack finisher. If that person is just a guy who likes to ride fast with the club, he might be able to rattle off the alphabet soup and impress the kinds of people who are impressed with that kind of nonsense, but he'll still be the same rider.

Something else that should be noted is that Zipp and their cheerleaders go to great lengths to say how the braking performance of these new carbon clinchers is so great that it's similar to aluminum alloy rims. Carbon rims have notoriously terrible braking (sometimes downright dangerous), but the only time the manufacturers and their cheerleaders will admit that is when they come out with a new upgrade. Then, it's the old rims that were lousy -- but the new ones are comparable to aluminum. Does anyone else sense the tremendous irony here?

VeloNews says, "The new Showstopper brake track is the big change from Firecrest, which already sports one of the best carbon brake tracks on the market. Still the Firecrest struggled under wet braking, and the Firestrike seeks to improve that, allowing riders to race the 404 Firestrike clinchers in any conditions." So in other words, the old wheels were among the best, as long as you didn't get caught in the rain. Another way to phrase that is they were crappy wheels that cost a premium price. And the new ones are supposed to be a big improvement, until next year's upgrade reminds us that what we really want is a good set of classic aluminum alloy rims.

The funny thing about the Firestrike 404 wheels is that they are, for all intents and purposes, virtually no different from the "old" Firecrest 404 -- the most obvious difference is "strike" vs. "crest" in the name. Otherwise the distinctions are so subtle that it would be virtually impossible to tell the difference. . .


. . . But then, the "old" Firecrest 404 wheels will still be available for riders looking for a "bargain" at $2,725. It's just another symptom of this "upgrade fever" price-equals-performance sickness that all a company has to do to make a $2,725 wheel set look like a bargain is to make some barely-perceptible tweaks and slap a $3,600 price tag on them. For contrast, I should note that I've never paid $3600 for a complete bike -- much less a pair of wheels. And I have some really nice bikes.

Looking at these prices, and reading the claims, it amazes me that there aren't more Retrogrouches.
Posted by Brooks at 1:17 PM