From the Horton Collection, one of the world's best and most extensive collections of bicycle racing artifacts, comes a new book that showcases a golden era of racing through more than 100 beautifully restored photos. Goggles & Dust: Images from Cycling's Glory Days (VeloPress, 2014) is a remarkable pictorial look into racing in the years between the world wars -- the 1920s through the 30s. 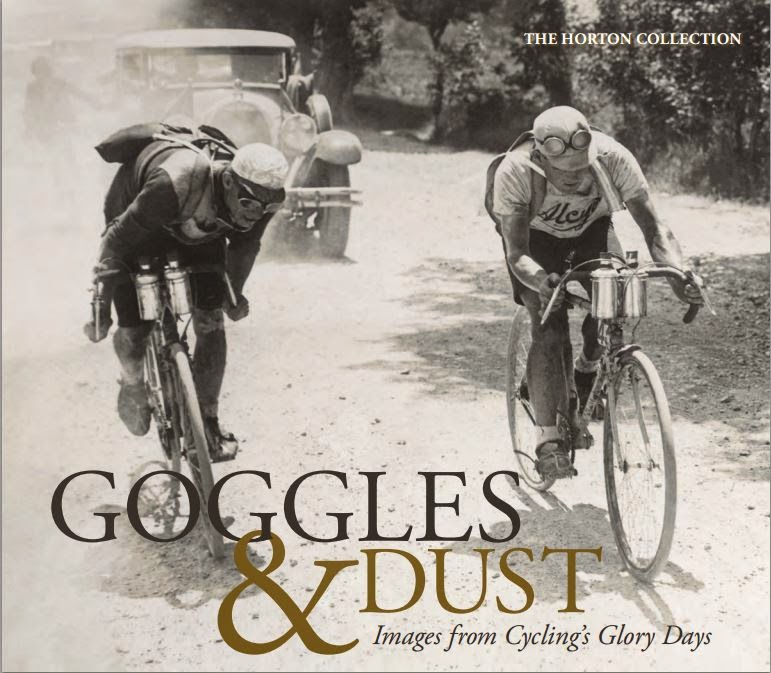 Of the impressions that one may get from looking through the book's unforgettable photos, I think the strongest is that racing in that era was a very different sport from racing as it is today, practiced by tough, road-hardened men who knew how to suffer. The pictures reveal some of the great racers of the era, passing over brutal unpaved roads, over majestic mountains, their faces coated in dust and grime, goggles over their eyes and spare tires wrapped over their shoulders -- or collapsed on the side of the road from injury or exhaustion -- and it's hard to imagine bicycle racers of today holding up to the same kinds of conditions.

From the introduction by Brett Horton: "While the names of the great riders were celebrated with increasing fervor in the daily press, the races devised to showcase their abilities became diabolically difficult. To draw crowds and sell newspapers, race directors sought the most difficult routes, the highest passes, the hardest conditions, the longest distances. The 1926 Tour de France, for example, spanned 5,745 kilometers, or 3,570 miles, over a mere 17 stages. Today's much more humane and realistic races, by contrast, run about 3,400 kilometers over 21 stages." 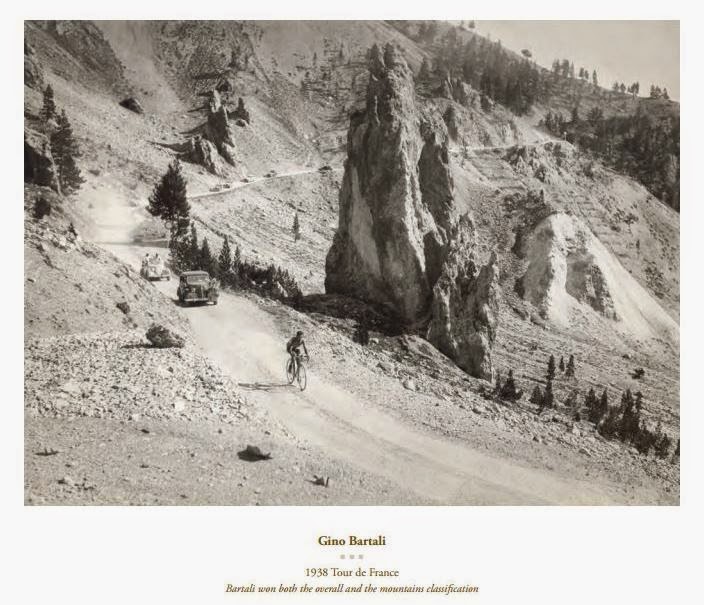 About the photos themselves, many of them have not been seen since the era when they were first taken, and Brett Horton says that each comes from an original negative or print, but that the images in the book have undergone some degree of restoration -- removal of water stains or fingerprints, or cleaning up of other flaws from age or poor handling -- in order to have them look as pristine as possible. The work is done well, and the images are breathtaking.

If I have one complaint about the book, it would be that I'd like to have more to read. Apart from Horton's introduction, there is very little written, and very little description to accompany the images. Most of the photos themselves have little more than a brief caption, if any at all. I'm sure the idea was to let the photos speak for themselves -- and they do -- but I would really enjoy more information, more background, more context for the photos. I don't think it would detract from the images in the least to have some story to tell, as I have no doubt the stories would be just as dramatic as the pictures.

Since the main point of Goggles & Dust is about the images, here are a few samples: 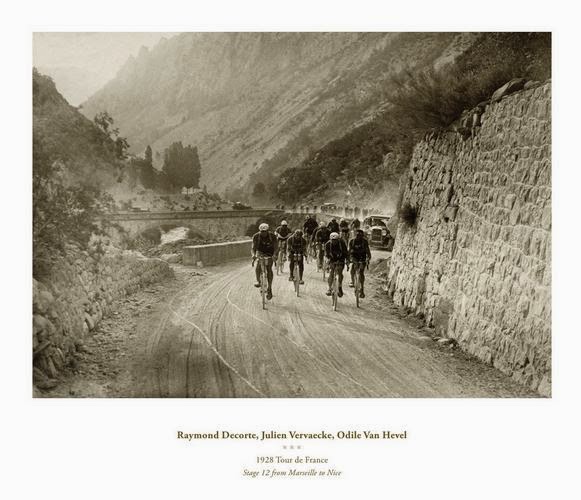 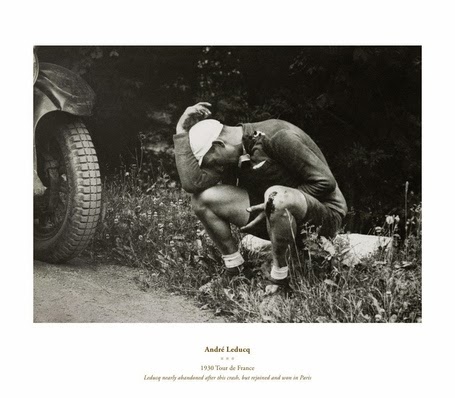 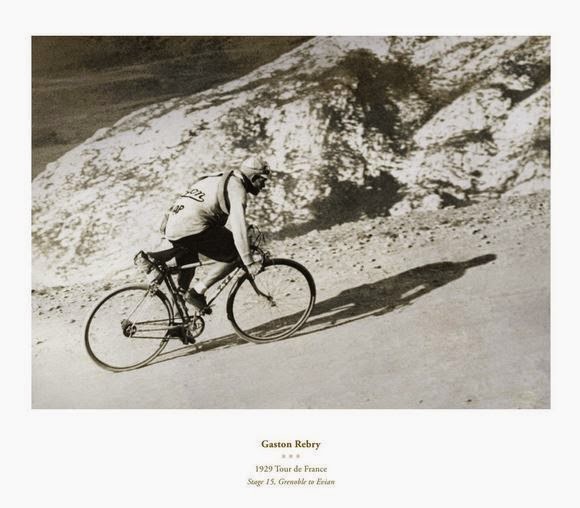 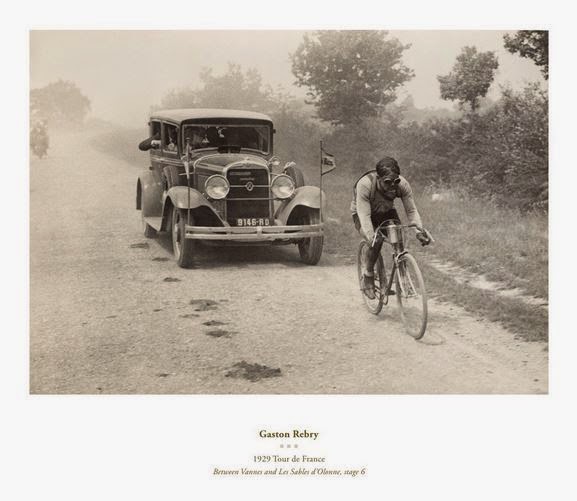 Goggles & Dust, compiled from the collection of Brett and Shelly Horton, is recommended for its remarkable images. While more story and context would be welcome (I'm a word guy, what can I say), the pictures are wonderful and worthwhile for any bicycle racing fan.
Posted by Brooks at 4:56 PM