Bicycle Safety 101: One Got Fat

From the end of WWII and right up through the 1970s, films were used to teach school children everything from innocuous subjects like good hygiene, proper manners, safety, and the art of "fitting in," to more serious subjects as sex education, the dangers of drug abuse, and drivers' education. A lot of the more serious films were really nothing more than "scare films," designed to frighten kids and teens out of bad behavior -- remember those mainstays of drivers' ed, like Red Asphalt, Signal 30 and Mechanized Death? (a lot of those were made in the 50s and 60s here in my home state of Ohio, but are still shown in some drivers' ed classes to this day!). Likewise, a lot of sex ed films from that time are mainly about how premarital sex always leads to VD (that's STDs to you younger folks), and the safety films routinely feature kids getting maimed by BB guns and scissors. 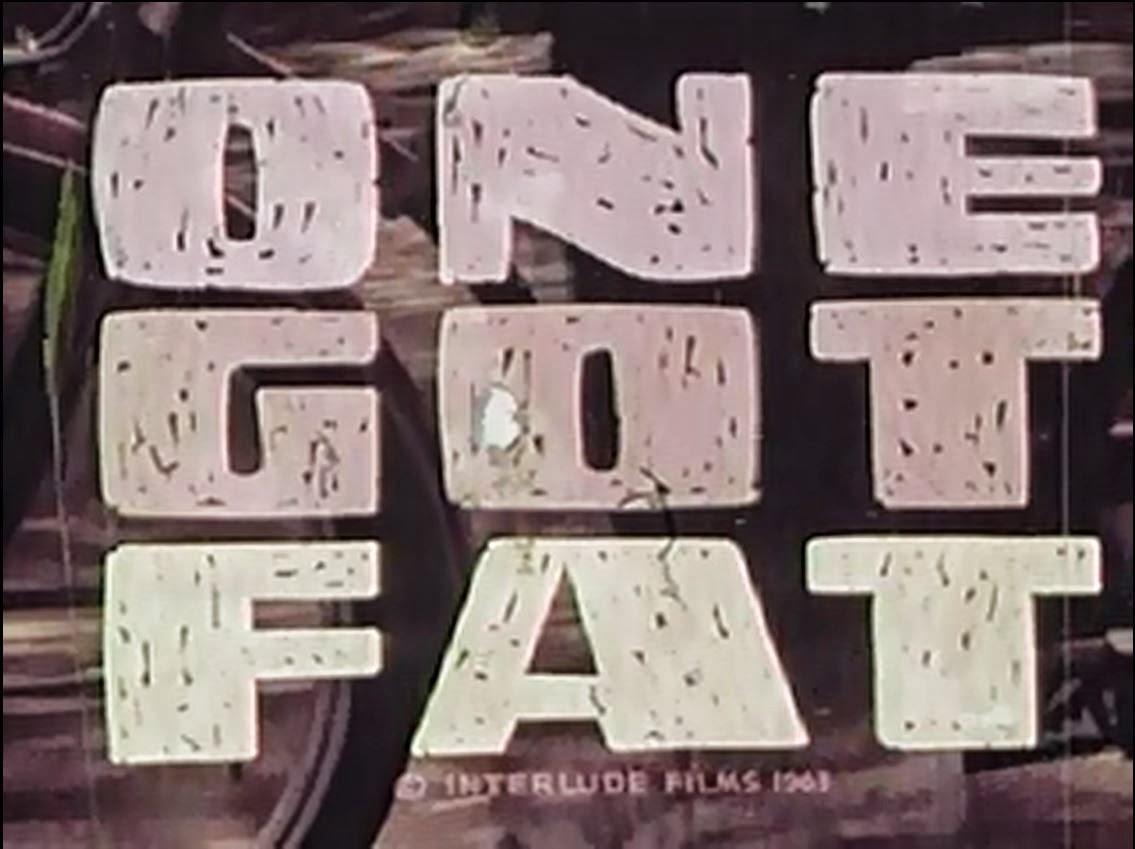 In that same vein as those scare-tactic educational films is one of my favorites of the genre: the bicycle-safety film One Got Fat from 1963. I used to teach a film class, and one of my units was on old educational films from the 50s through the 70s, so I have quite a collection of these film treasures. I recently re-discovered this old classic while sorting through my archives and thought I'd share it here.

First of all, One Got Fat is probably one of the most unintentionally creepy films ever made for kids. Ever. The film is about ten friends who decide to ride their bikes to the park for a picnic, then along the way, one-by-one the kids get picked off because of their mistakes -- some in particularly horrible ways -- while the cheerful narrator (voiced by Edward Everett Horton, whom some may remember for his work on F-Troop, or maybe from Fractured Fairy Tales -- yeah, really showing my age here) blithely and glibly describes their fate. OK, that alone is pretty creepy, but what makes it the stuff of absolute childhood nightmares (maybe adulthood nightmares, too) is that all the kids are depicted in hideously gruesome-looking monkey masks.

Let's meet some of the nightmarish monkey/human hybrids and find out how they met their demise:

Wait -- that was only nine. So, what about the 10th kid? Well, that would be little Orville Slump, or "Orv" as he is known.

Orville Slump is no chump (or chimp?). Orv follows the rules of the road, and takes care of his bike, so he lives to ride again. Not only that, but since he was the only kid whose bike had a basket, he was carrying everyone else's lunches to the picnic. And it's here that we finally get the meaning of the film's title. Now with all those unclaimed lunches at the picnic, Orville gets to have a feast all to himself, so we can presume, as the narrator tells us, he's going to get fat. I suppose that also means that in the film's sequel, we'll get to make fun of Orville for his own bike-crushing mass.

As a final disturbing note to the film, some might wonder what kind of friend Orville must be, considering that he continues riding on to the picnic to have a massive feast-for-one while all his simian friends are left maimed, disfigured, stranded, or flattened on the side of the road in the worst kind of traffic carnage outside of Red Asphalt and Mechanized Death. In fact, all the characters ride on without a clue as their pals are dispatched one by one.

More than a decade before John Forester published his classic bicycle skills guide Effective Cycling, the film One Got Fat predicated the principles of "vehicular cycling" through its basic lessons of riding with traffic, following the same rules of the road that the cars follow, staying off the sidewalk, obeying signs, and more. Unfortunately, it also gave juvenile viewers the unforgettable lessons that "Bicycling can get you killed," "Happiness leads to death and dismemberment," and "Even your best friend will leave you for dead if it means he can eat your lunch." And all of it came delivered with a healthy dose of fear.

You can watch One Got Fat right here, but don't blame me for resulting nightmares: