The Cyclist and the Hair

Let's talk about hair for a moment. 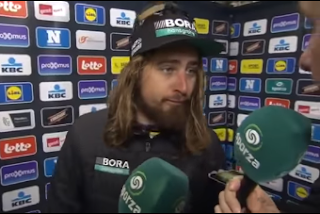 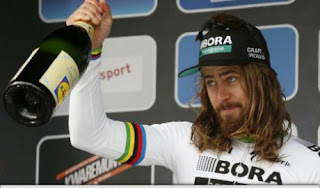 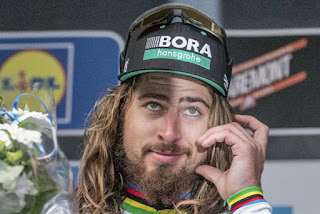 He's kind of got that mountain-man-moonshiner look going these days. I guess he's still winning races - a lot - but he really looks like he just doesn't give a f#%k any more.

Long hair and beards have never really been part of the bicycle racer's image - regardless of what the fashion might have been in other areas. I mean, in the early '70s, when hairstyles were shaggier, one could sometimes see Roger DeVlaeminck's hair reach his collar, and Eddy Merckx began rockin' some serious sideburns - but shoulder-length hair and full beards just never became part of cycling's image.

I think the rider who was probably the most serious about the look of his hair would have to be Jacques Anquetil. By many accounts, he never rode without a comb in one of his jersey pockets. I've seen images of him at the finish line of a race and immediately pulling the comb through his hair. It's difficult to find photos of him with even a cycling cap on his head -- probably didn't want to flatten that awesome pompadour. 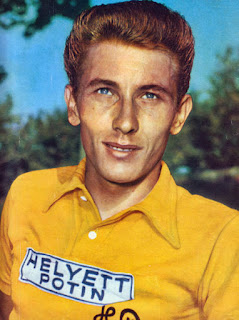 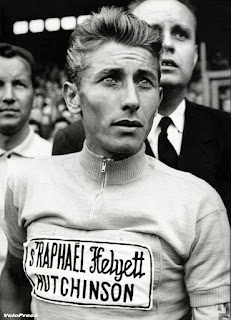 On the bike and off, Jacques just exuded class. In 50 years, will Sagan be remembered like Anquetil?
Posted by Brooks at 7:56 AM