That Bike Cost HOW Much?

I wrote in an earlier post (Bikes Aren't Cars) that bicycles are starting to get a reputation as "toys for rich people." Of course, there are still plenty of good bicycles out there in a wide range of price points that offer good performance and value -- and many bicycle components have been developed that bring high-end performance to more affordable price points. Nevertheless, I've been reading articles recently about new "flagship" bike models -- dubbed by some as "halo" bikes -- that take the "toys for rich people" notion to new heights. And because these are the bikes that will get highlighted in the mainstream media, they'll only add to what I think is a bad perception that does nothing to help the rest of us.

Take a look at some bikes and prices: 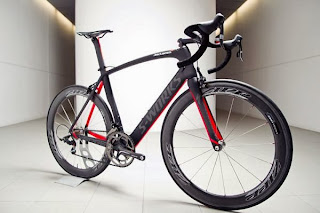 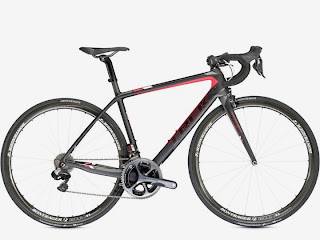 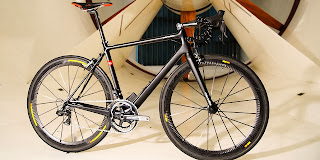 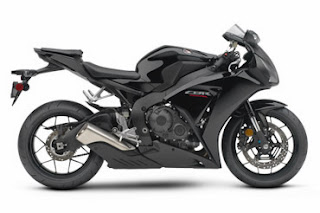 I couldn't help but throw that last one in there -- the Honda CBR1000RR is about the closest thing a person can get to an all-out racing motorcycle for the street, and in fact, with only minor modifications is ready for the race track. It presumably fills the same role for motorcycle enthusiasts that the Specialized, Trek, and Cervelo (and others) fill for bicyclists. And the difference in price between the Honda and the other bikes listed here is enough that a person could buy the Honda, and have enough money left over to still buy an awfully nice road bicycle.

Is there less engineering and R&D cost for the Honda than for the other bikes listed above? Are the materials less expensive? Is there less labor involved? Is it less technologically advanced? Of course, the answer to all of those questions is NO. The Honda has a liquid-cooled four-cylinder, dual-overhead cam engine with four valves per cylinder, computer-controlled fuel injection and ignition system, available computer-controlled anti-lock brakes -- and that's just a start. It puts out 177 horsepower at 12,000 rpm and it's capable of a top speed of at least 170 mph. The precision of its engine and transmission and all its bearings has to be absolutely perfect in order to make any of that possible. But it sells for  $700 - 1700 less than the Trek Madone WSD, and $3200 - 4200 less than the Specialized McLaren Venge.

All the bikes I've listed (except for the Honda) are also available in lower-priced versions, made in the same basic molds with less "exclusive" materials and built with less expensive components, but selling for half (or less than half) as much. For example the "basic" Cervelo R5 frameset is "only" $5000. I have no doubt that there is still a huge profit margin built into that price.

So what justifies the cost of these "ultra-premium" bicycles? The makers will say these bikes are hand-built with the latest technology, highest "grade" carbon fiber weaves and top-level components -- but that doesn't really cover it. Hand-built? In a sense (a fairly weak sense, that is), most carbon bikes are "hand built" inasmuch as a person lays down layers of carbon fiber into a mold by hand. But it's still made in a mold, and the only difference in labor between the ultra-premium model and a less-expensive one based on it is whether the person doing the lay-up is an engineer in the US or a basic laborer in China making $2.00 per day. Top-level components? Well, top-level Shimano Dura Ace components cost almost double what their Ultegra counterparts cost -- but are they twice as good? Once again, the components are just another example where we have to wonder what justifies the price difference.

What it really comes down to is that the bikes are priced like this because they can be. Because there are people out there who can afford them, and are willing to pay the price. In an article from Cyclingnews.com ($10,000 bikes - What's the Point?) I found this, from a marketing manager with Giant:
"We find it's more of the affluent (doctor, investor, lawyer), performance-minded customer that purchases a bike at this price range. . . Their lofty prices (and presumably, the associated impressive performance) can raise the perceived status of the brand. . . We build halo bikes to see how far we can push our product line -- literally building what we feel are the best bikes in the world for that 1-2 percent of riders who desire the very best."

Like I said: Toys for rich people. Notice the near-admission that the lofty price merely implies impressive performance. Of course it's really all about appearances -- status. From the Cyclingnews article: "As with any gear-oriented sport, people just like to have the best -- if only for the illusion of competitive advantage (emphasis added by Retrogrouch) -- and some of those people have the money to spend. Moreover, many buyers don't make their bicycle purchases based on how well it suits their abilities. Truth be told, we often buy based on what we want to be and the image we want to project."

As I've already hinted, I also take issue with the notion that the prices of these bicycles are justified because they are "hand-made." From the above-mentioned Cyclingnews article comes this, from a Cervelo spokesperson:
"One thing that might be getting lost these days is the sense of how special a carbon frame is. We make very few R5ca frames and they're all just as fussed over as an artisan made steel frame. They're handmade and are as cutting edge as anything you'd see in F1 or Moto GP racing."

Likewise, the Nov. 2013 issue of Cyclist magazine also touted the exclusive "hand-made" nature of the new Trek Madone 7 series. "Investing in this, the highest level of Madone, means you're getting something entirely handmade in the US. . . the 7 Series is about as close to bespoke as you can get without going for a full custom one-off."

Umm. . . the frame is popped out of a mold. I'm sorry, but I cannot be convinced that putting sheets of resin-impregnated carbon fiber into a mold takes the same amount of skill as cutting, mitering, filing, brazing, and everything else involved in a custom-built steel frame.

Richard Sachs is one of the top frame builders in the US. (I don't mean that in a stepping-on-toes way -- there are a number of builders I'd put in that same level). To see the process involved in Sachs's work, check out his flickr page: (Sachs's collection). His reputation as a builder is as good as it gets, and the typical cost right now for one of his frames is about $5000 -- half as much as the Cervelo R5ca. Last I heard, the wait for one of his frames is at least 5 years - maybe more, so it's hard to get into a more "exclusive" club. Sachs only builds about 5 or 6 frames per month. Cervelo sets an arbitrary limit on how many R5ca frames it makes (to keep up the impression of more exclusivity), but I wonder how many they could make make in a month? Is it any less than the number of "basic" R5s they make?

If the price, and wait, for a Richard Sachs frame is too much, there are other builders who will also build a fully-custom, truly "bespoke" frame for less -- a bike that really is one-of-a-kind and made-to-measure. For example Mercian Cycles in England will build a custom frame for as little as $1200, and up to $2500 for the top of the line model with extra-fancy hand-cut lugs and Reynolds 853 heat-treated tubing. The wait is around 9 months. A fully custom Rivendell is about $3500 with a 6 - 12 month wait. Or peruse a list of framebuilders who show at the North American Handmade Bicycle Show (NAHBS) and find a wide range of seriously talented people who will build a custom frame as simple or as over-the-top fancy as one can imagine.

Any of these custom bikes, in my opinion, is every bit as unique and "special," as the so-called "halo" bikes -- with the added benefit that they are actually made for the specific buyer, meaning they are even more exclusive than anything popped out of a mold. It's very likely that one of these might truly be one-of-a-kind -- at a fraction of the price of the halo bikes listed above.
Posted by Brooks at 11:41 AM