Bike Safety 101: The Ballad of the Battered Bicycle 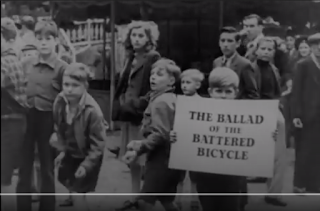 Welcome back to Bike Safety 101, where I pick apart old bike safety "educational" films and other materials - most of which would generally leave a person with the idea that they'd be much better off if they never threw a leg over a bicycle again. I haven't had a Bike Safety 101 post in a long time, but I recently watched a particularly dreadful old film that demonstrates that Americans weren't the only ones cranking out corny anti-bike propaganda. Today's film: The Ballad of the Battered Bicycle, a British film from 1947. The film features British stage and screen actor Stanley Holloway (maybe best known for My Fair Lady) as the rhyming narrator.

For reasons I can't quite fathom, the first full minute of this 9 ½-minute film is a montage of circus/carnival scenes: 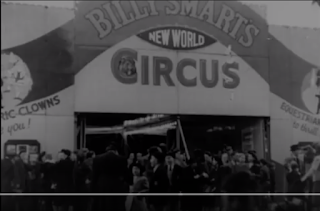 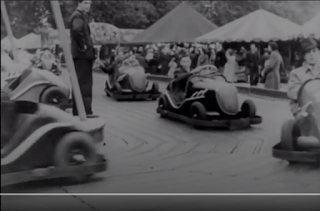 And then we get to our narrator, Holloway, as some kind of carnival sideshow barker:


. . . And that's it for the carnival, never to be seen again in this film. At this point, the film cuts to the bike shop where Henry, the hapless subject of the story, gets a new bike.

And at this point, Henry is put on trial for "murdering" his bicycle.

One by one, witnesses come forward to testify against Henry for reckless riding and for not taking good care of his bike. The jury finds him guilty, and the judge (also played by the narrator, Holloway) sentences him to two years walking.


So, the film begins with a carnival - and ends in a courtroom. And the barker becomes the judge. Makes perfect sense (?). 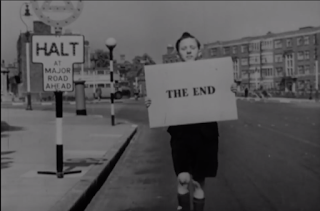 Other than showing some examples of bad riding behavior, there isn't really a lot of rider education in the film. There is no depiction or discussion of what better riding might look like, or how to share the road properly and safely. And the biggest concern in Henry's trial is NOT that he ruined what seemed to be a pretty nice bike, or that he nearly got killed - but rather, that he might have "upset the bus."

Not that you're likely to learn anything from it - but if you enjoy corny old films as much as I do (or even just enjoy picking them apart) - you can watch The Ballad of the Battered Bicycle here: