When I left for college at the age of 18, I was 6 feet tall and weighed no more than 130 lbs. Hard to believe that today, but I was a bean pole. Contrary to what one might expect, I didn't look like some kind of Holocaust survivor, either. I was just super lean, and had (still have) a really slim, bird-like frame. The wrists are a good place to get an idea of what someone's bone structure is like, and my wrists were so small that I typically couldn't wear men's watches unless I could punch a bunch of extra holes in the band.

Also, like a lot of teen-aged males, I was super active and must have had a crazy metabolism. In those days, I'd go for bike rides of anywhere from 50 to 80 miles at a time, then get home and devour a large pepperoni pizza by myself, or a dozen tacos or something. By the end of college, I was still riding regularly, but not nearly the same kind of mileage. I gained some weight, and graduated weighing about 145. After getting married, and settling into full-time work, I gradually gained more weight and eventually maxed out at 185 pounds. For a 6-ft man, that probably doesn't sound all that unusual, but on my frame, it was a lot. I mean, it's not like it was muscle or anything. I even developed the kinds of problems that one typically associates with being overweight - like sleep apnea.

So I'd try to lose weight, and my favorite way of getting exercise was always cycling. As a teacher, there were years where I could take a summer off, and before I had kids, that meant lots of time to ride. I started riding every day, and while I wouldn't do the kinds of rides I did when I was 18, I'd still get out for 30 or 40 miles a day most days. Twenty miles would be the minimum I'd go. I was averaging about 250 miles per week - and I wasn't losing anything. Not a pound. Talk about frustrating.

I was generally hungrier, being that I was putting in all those miles, but I was trying not to eat more than I might have otherwise. At the same time, I wasn't cutting calories, either. But it still just didn't make sense that I wasn't losing any weight.

A few years ago, I read Grant Petersen's Just Ride, and one of the things he says in that book is that cycling in general isn't really all that great for losing weight -- at least not by itself. Not that there's anything wrong with it, but that if losing weight is the particular goal, there are probably other things one should do.

Hmm. . . Maybe. But there may be another thing to consider.

One summer, I took a summer job - writing and editing for a local magazine publisher. The offices were eleven miles from my home, right in the heart of the Cuyahoga Valley National Park, which is the local cycling mecca. My boss was an avid runner and cyclist himself, so he had a shower installed at the office. I figured it was a perfect setup to start riding my bike to work. I'd ride the eleven miles there in the morning, and while everyone else was getting their coffee and donuts, I was getting a shower and changing. Afterwards I'd have a light breakfast at my desk - usually some toast and a piece of fruit. Lunchtime was my big meal. The only place I could get lunch (other than packing my own) was a restaurant down the street that was known for Big American fare - bacon cheeseburgers, huge orders of french fries, nachos, and all that other high-calorie, high-fat kind of food. Not to mention a beer list that took up a whole wall. My usual was the cheeseburger and fries. At 5:00, I'd ride the eleven miles back home. Have a light dinner, and end the day.

About a month into the summer, I was with my wife shopping. Apparently, I kept hiking my pants up and I didn't even realize I was doing it, but my wife noticed. 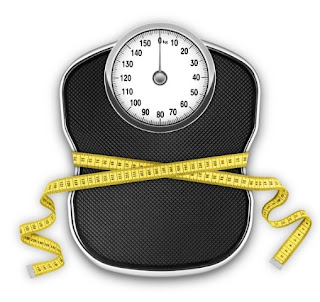 When we got home, I stepped on the scale. I'd lost about 15 pounds without even being aware of it. "Holy cow," I thought. "I'm melting!"

Funny thing was that I still hadn't really changed my diet all that much, except for the fact that I was eating these big cheeseburgers and fries at least a few times a week. And I was only riding about half the total miles that I was riding during those times when I was actively trying to lose weight. 250 miles per week, no weight loss. About 120 miles per week, and I was dropping pounds without even realizing it. What gives?

I'm not in the habit of reading sports medicine journals or anything, but I have a theory. I was only riding about half as many total miles, but I was also splitting those miles up into two short rides per day instead of one long ride. I think that was the key. Two shorter rides in a day rather than one longer ride -- exactly what one gets when they bike to work.

It's pretty well established that exercise can raise one's metabolism so that they are burning more calories, and that this calorie burning boost can continue for a while even after the exercise is done. I was riding the eleven miles to work first thing in the morning and getting my metabolism going, so that even as I'd be sitting there at my desk, my body was probably still burning calories to the point that by lunch time I was famished. I'd eat that big lunch, work for a few more hours, then at the end of the day, I'd get out and ride another eleven miles to get home. Get my metabolism back up again at the end of the day, and keep burning calories into the evening hours.

I've talked to other people and read about still others who started riding their bikes to work regularly who also reported impressive weight loss. I wouldn't mind hearing from somebody who has done some actual research into this, but I think there's probably something to it. And obviously, if I'd cut back on the carbs, I'd probably see an even bigger difference -- but fact is, I still love bread and pasta just too much.

A few years ago I started riding to work for my regular full-time teaching job. That first year I did it, I managed an impressive 50% bike-to-work average, including the winter months. I also lost more weight - again, without really trying to and without changing my diet. I was down to about 150 pounds at one point. In subsequent years, lousy weather and a couple of extra-harsh winters lowered my bike-to-work average somewhat, so my weight has fluctuated a little, but mostly I seem to be staying somewhere between 155 and 160 pounds.

I start back to work again in another week. One of the things I'm looking forward to is getting back to a regular routine of bicycle commuting. If the weather cooperates, it might be possible to get back to a nice lean 150. Biking for weight loss may or may not be so effective - but at least in my experience, bicycle commuting seems to make the difference.
Posted by Brooks at 2:43 PM