BREAKING NEWS! Shimano has just unveiled its newest breakthrough in bicycle technology: Shimano TEI, or Total Electronic Integration. Building on their Di2 electronic shifting system, which is already being viewed by some as a bit "long in the tooth," TEI is the next advancement in making bicycles a complete "fly by wire" system.

"Look, current Di2 technology is really amazing -- but you still have to push the buttons to make the shifts happen -- and too many riders just don't know the optimal time to do that," said a Shimano spokesperson at the official product launch. "Complete electronic control, or 'fly-by-wire,' has been used in cars for about a decade now, and most drivers don't even know their cars have it." He then added, "Everyone knows that companies like Google are even working on self-driving cars. Why should bicycles be left in the dark ages?"

Not surprisingly, it took Shimano to finally make it a reality for bicycles. Step one was to incorporate an ANT+ protocol transmitter into the Di2 controls. This could then be used to send riding information to their new PRO-SCIO ride computer. The next step was to incorporate data from crank mounted power meters and cadence sensors. Lastly, they added GPS capability into the PRO-SCIO computer, which has more than twice the processing power and speed of current generation cycle computers -- more than enough processing power to crunch all the numbers. 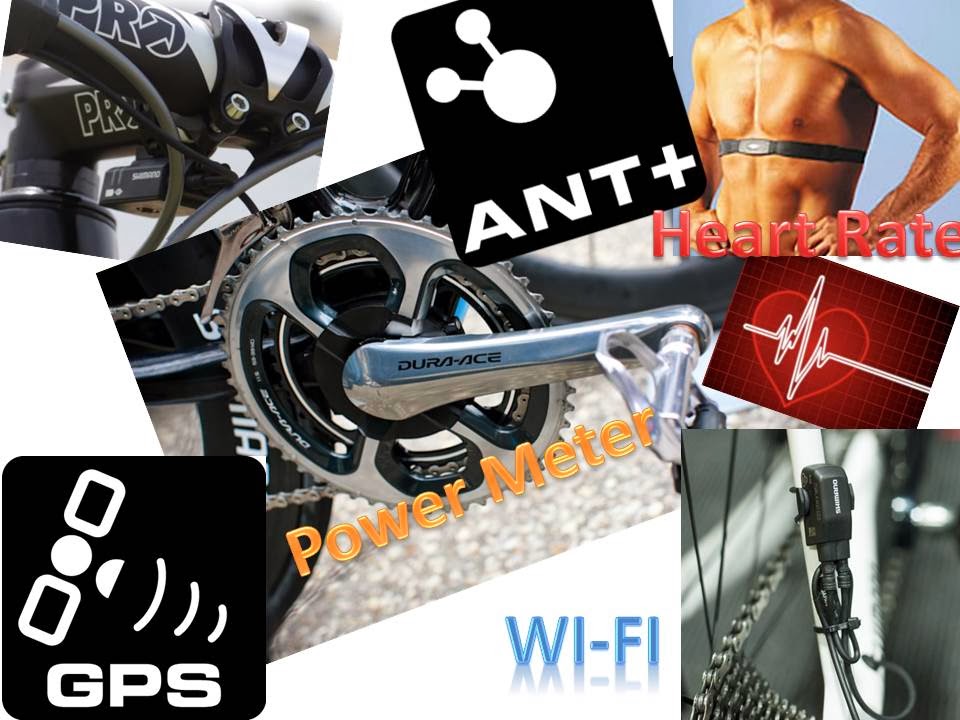 All together, the complete TEI system can combine route and elevation grade data from the GPS, wattage output from the power meter, pedaling rpms from the cadence sensors, and even the data from a wireless heart-rate monitor, to automatically select the right gear for the terrain and the rider. And the system is constantly re-evaluating and updating every 1/500th of a second, so riders will always be in the optimal gear.

Users can also program the system to maximize their training -- for example, to keep them spinning higher cadences on one training session, or to force themselves to push bigger gears on another. Users will be able to customize their own training parameters, or choose from a selection of pre-programmed training sessions. Additional aftermarket training programs will soon be available for download, designed by top-level coaches. Want to do the same training regiment that Fabian Cancellara uses? Or Tom Boonen? That will all be possible. Not only that, but all the rider's data can then by sync'd with a user's smart phone to be tracked through apps such as Strava.

"We imagine that this capability will lead to a whole new level of racing and competition like we've never seen before," said a Shimano sales rep. "Not only that, but with a special coach's app, trainers and coaches will now be able to monitor a racer's performance in real time. It will revolutionize racing and training for amateurs and pros alike."

"This is really the breakthrough I've been waiting for," said an ecstatic visitor to the Shimano launch event. "I never manage to be in the right gear at the right time, but now I won't even have to think about shifting my bike. TEI will do all the thinking for me!" Another visitor seemed disappointed that the system doesn't also control braking. "Maybe they'll add that with the next version," he said, hopefully.

Rumors had been circulating for some time now that Shimano was working on something really big. Apparently, pros like Mark Cavendish have been using prototype versions of the system for the past year, but secrecy had been tight. Reporters asking about what appeared to be extra wires and black boxes on Cav's bike were being stymied while the sprinter's bike was quietly but quickly whisked out of sight at races late last season.

But the system is now ready for release to an eager public. Visitors to the TEI launch could not stop wringing their hands greedily in anticipation. "No matter how much I train, I'm always finishing mid-pack," said an anonymous Cat. 4 racer. "But I know this new system will give me the edge I need. I'll never get dropped again!"

As per usual Shimano tradition, TEI will be introduced with the newest iteration of the Dura Ace group: Dura Ace 9100. The complete group is expected to sell for $5999. "Listen, if you want the best, you have to be willing to pay for it, and with something as revolutionary as this, and the performance gains I'm sure to see, it doesn't seem that unreasonable," said the racer.

Although Shimano denies that the system can be controlled or over-ridden remotely, all the wireless and computer-controlled circuitry would certainly seem to make it possible. In fact, not long after details of Shimano TEI were released to the public, a Kickstarter campaign was launched for a new theft-deterring smart-phone app that the designers claim will notify a user if their TEI-equipped bike is being ridden, and allow them to completely disable their bike from anywhere in the world using their phone.

Of course, critics of the TEI system claim that having the computer take over shifting decisions goes too far. "What ever happened to strategy or skill?" asked one skeptical cyclist. "What's wrong with actually knowing how to shift? And if it's just one computer racing against another, what's the point of competition? What makes it different from a video game?

The Shimano reps quickly dismissed the skeptic. "Guys like that won't be happy unless we're all riding Fred Flintstone bikes. They're just bitter retrogrouches. I mean, come on, you still have to pedal after all!"

Disclaimer: OK, most (but not all!) of the above is complete BS. But is it just an early April Fools, or a prescient prediction? Seriously, all the necessary technology is already here. It's only a matter of time before somebody actually puts it all together to make it happen. And when they do, you can bet people will be lining up to buy it, no matter how much it costs. Shimano's latest update to Di2 really does include ANT+ transmitters and a new computer (with another black box to tack onto the frame -- and hiding it inside the frame tubes interferes with the signal, apparently). The rest of it is just, I believe, inevitable. Can't wait!
Posted by Brooks at 7:57 AM