While I've been more or less snowbound -- at least as far as riding my bicycle is concerned -- I've been perusing old vintage bicycle magazines. One of the things I enjoy about them is seeing how things have changed, refreshing my memory of old bikes and components (back when they were new!) or looking over old advertisements. This one sort of caught my eye, being that I'd seen it somewhere fairly recently: 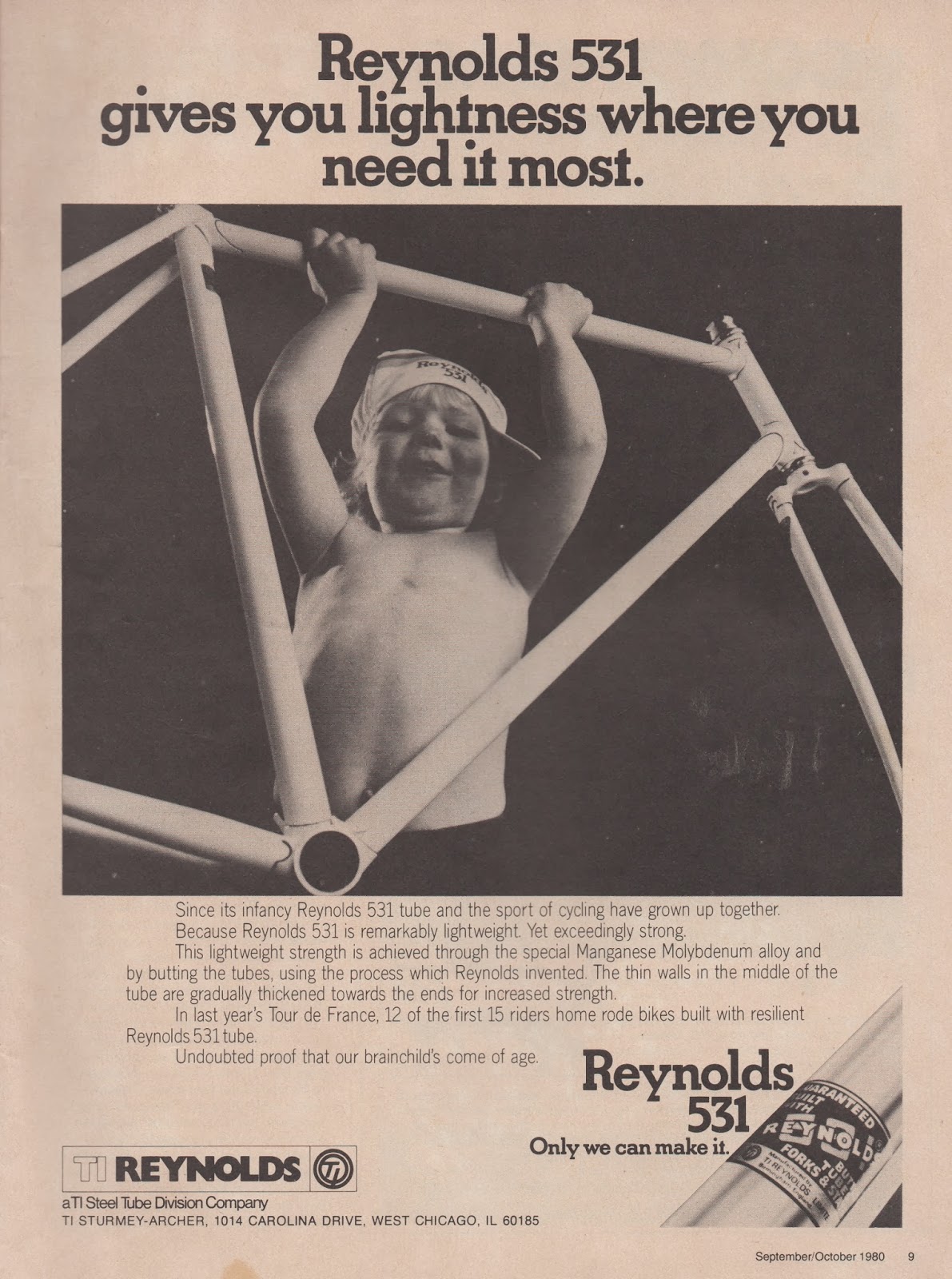 In my recent post about Mercian Cycles, I had a photo of the frame building workshop. If one looks closely on the back wall of the shop, they can see a large poster-sized version of this advertisement. Even though the frame that the little toddler is holding up doesn't have a name on it, it was apparently built by Mercian for the photo shoot. Fun trivia. If I had to guess, I'd say it was a King of Mercia model, but without being able to see any more of the lug details, I can't say for sure.

This ad appeared in a 1980 issue of Bicycling! Magazine. I don't remember when they lost the exclamation point. But it dates back to about the time I was first getting interested in bicycles -- and long before Bicycling (with or without the exclamation point) turned the words "laterally stiff and vertically compliant" into a cliché.

I may post some other old ads if they catch my eye. Enjoy!
Posted by Brooks at 7:43 AM