As a Retrogrouch, one might expect I'd be pretty negative about bike cameras. But I'm thinking they may be a bit of new technology that I can actually get behind. The harsh reality of riding on the roads today, unfortunately, may be making bike cams a new cycling necessity.

My first reaction to bike cams was that they were self-indulgent nonsense -- given that most of the use I'd seen them put to was capturing things like high-speed downhill runs or "dart, dodge and dive" urban riding by bike messenger wannabes, zipping between trucks and taxis, or jamming through red lights. 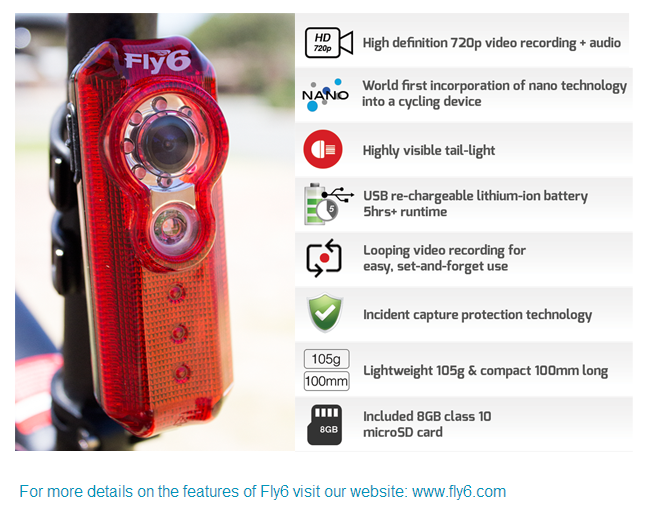 But more and more I'm seeing cyclists capturing dangerous and aggressive driving by motorists with their bike cams, and I'm starting to think it might be time to look into it more. I've recently seen a couple of references to this product -- currently on the crowdsourcing site Kickstarter: Fly 6

Created by Andrew Hagen and Kingsley Fiegert of Australia, the Fly 6 is a compact design that makes good sense -- being both a functioning taillight and a rear-facing camera. It apparently records its video on an 8 GB microSD memory card that can record in HD + audio for up to around 2 hours before looping back to the beginning. They still have almost a month to go on their fundraising campaign, and they've well exceeded their goal. 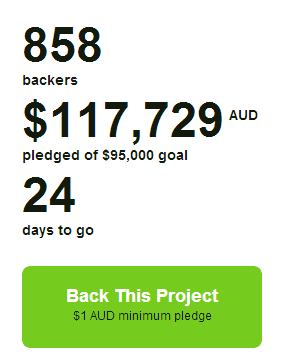 The info on their website says that people will know they're on camera because of the flashing LEDs, although I can't imagine how most drivers would expect that it isn't just a normal blinky taillight. Nevertheless, I've had enough experiences with aggressive drivers that I'd love to be able to capture them on video. The fact that this thing is so compact and doubles as a functioning taillight makes it all that much more attractive to me. The only downside that I can see is that it doesn't have the capability to capture images at night -- and most of my morning commuting is in the dark. Maybe that's something they can work on for a subsequent version?

The Fly6 website has some videos submitted by users who've tried the camera -- I hate to say that a lot of the scenes captured look very familiar to me, and would probably seem familiar to anyone who puts in serious miles on the road. This might be a bit of new technology that I need to try out. If I get that chance, you'll be able to read about it here.
Posted by Brooks at 8:18 AM