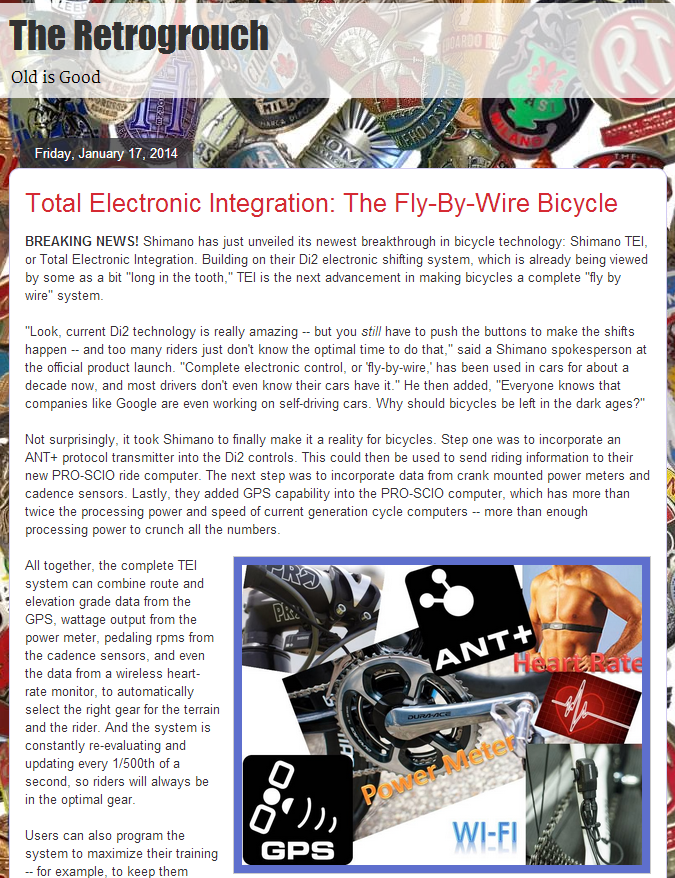 Some months back, I "predicted" with a bit of satire that Shimano was introducing a new integrated electronic component group that would combine speed, cadence, power meter, GPS, heart-rate, and other data to make shifting functions completely automatic. Riders would no longer have to think at all about shifting, as the computer would handle all decision-making for them. It would be called Shimano TEI, for Total Electronic Integration. In that article, I had a fictional spokesperson argue "Everyone knows that companies like Google are even working on self-driving cars. Why should bicycles be left in the dark ages?"

As skeptical critics questioned the "fly-by-wire" bicycle, asking "What ever happened to strategy or skill? What's wrong with knowing how to shift?" and "What makes this different from a video game?" the fictional corporate reps dismissed those concerns. "Guys like that won't be happy unless we're all riding Fred Flintstone bikes. They're just bitter retrogrouches. I mean, come on, you still have to pedal!" 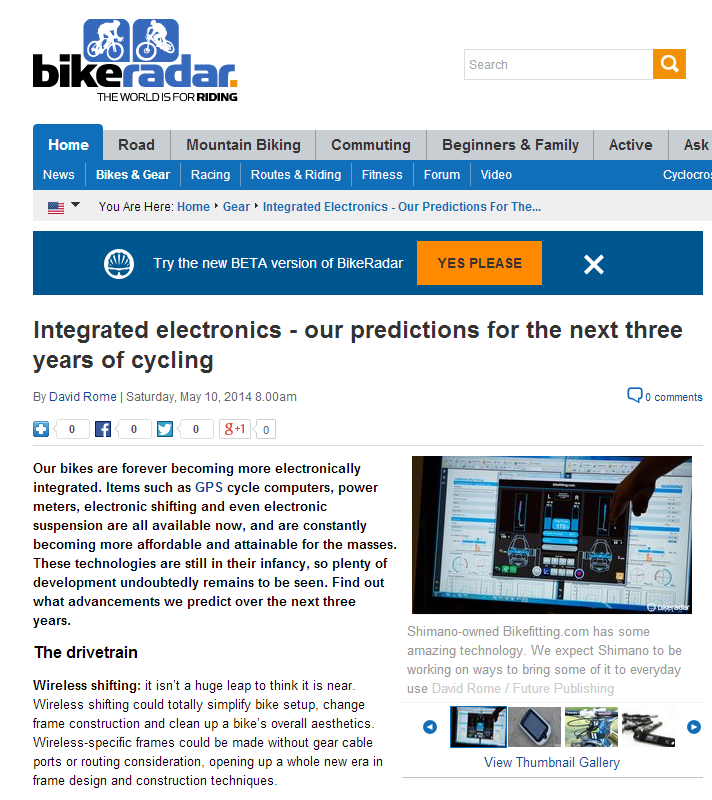 It was all just meant as some tongue-in-cheek humor, but the other day I spotted this article on BikeRadar that essentially makes the same predictions and more. "Our bikes are forever becoming more electronically integrated," it says. "Items such as GPS cycle computers, power meters, electronic shifting, and even electronic suspension are all available now."

The article goes on to highlight computers like the Magellan Cyclo 500, that offers third-party connection to Shimano's Di2 components, which could mean "instructed shifting" in the near future. "Based on power output and cadence, this could tell newer riders via the cycle computer or smart phone screen when to shift and in what direction in order to maintain a desired power output." Of course, if they can do that, the next step is pretty obvious. "Furthering this is sequential shifting -- in which the derailleurs take control and automatically choose whether to shift on the front or rear based on gear selection. . . While experienced riders and racers would likely hate the lack of control, it could simplify an often confusing aspect of cycling for many newer riders." I hardly see such a development as something to look forward to.

While I joked in my made-up piece that some riders were "disappointed" that the TEI system wouldn't control their braking for them -- and hinted that Shimano was working on that for the next upgrade -- BikeRadar brought up another area that could be taken over by the computer. The article says, "We've already seen the likes of Magura's smart suspension, which sense whether it's on an uphill or downhill slope and changes the damping settings to suit, but the next level could be GPS-based suspension." Apparently, another suspension company, Fox, has a system that uses a lot of the same technology as Shimano's Di2, so it's just a short leap to having it all work together in that way, where the computer would use power meter data and GPS information to adjust the suspension settings throughout a ride. 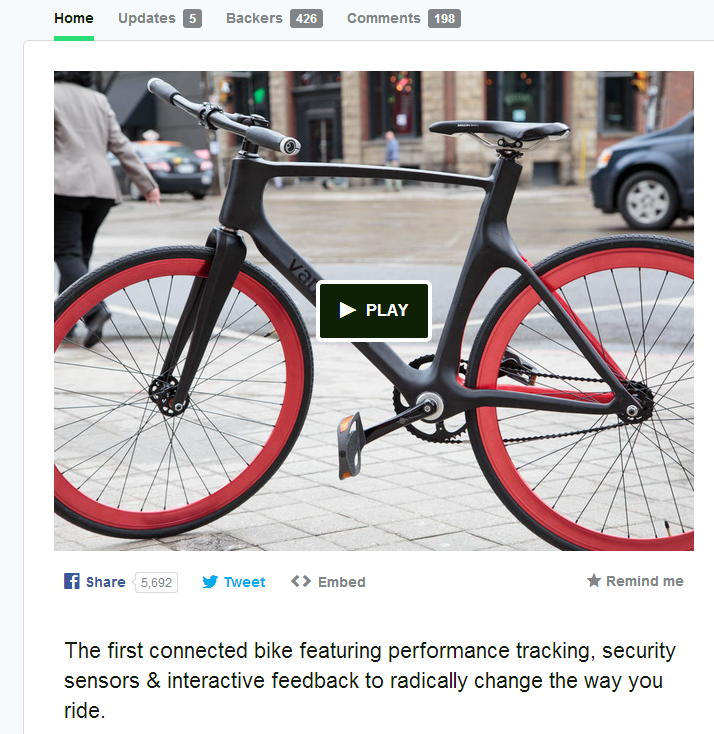 Already heading in this fully-integrated direction is the Vanhawks Valour -- heralded on Kickstarter as the first "Connected" bike. From their own marketing text: "We're rethinking the commute, one bicycle at a time. Technology impacts our lives in countless ways. Yet we ride the same archaic bicycles to and from work every day, disconnected from our environment and ourselves. It's time to integrate the most influential technology into the bicycle. You're connected, why shouldn't your bike be?"

Ironically, the best way I can think of to get "disconnected from our environment" is with a cell phone -- but I'm probably interpreting it differently.

Like many other "innovative" bikes designed with the urban commuter in mind, the bike has no fenders or racks, and no apparent way to attach either. Maybe a new smartphone app will help commuters carry what they need for work, and keep the wet spray from painting their backsides in the event of an unexpected shower.

I also couldn't help but notice that despite multiple claims of "Safety First," the bike shown in the photos and videos has NO BRAKES. "Valour is the ultimate combination of safety, connectivity, design, and simplicity. . . Valour is designed with safety in mind. Unique to the industry, Valour incorporates integrated technology for advanced personal safety." Wonderful, as long as you don't need to stop.

Supposedly, the Valour also remembers potholes and "learns" to suggest different routes. It also "learns" the elevation of routes and suggests easier ways to get around the hills. Other "connectivity" features include a turn-by-turn navigation system, blind-spot detection (so you don't have to look before changing lanes -- something that's really hard to do when you're "connected" to a cell phone), and complete integration with performance-tracking smartphone apps.

In my bogus article on the "fly-by-wire" bicycle, I suggested that all the integrated electronic systems would even allow for theft detection -- that an owner could be notified by phone if someone is using their bicycle. Sure enough, the Valour creators tout that feature, too.

The creators of the Vanhawks Valour boast of its carbon fiber frame construction -- but a quick glance tells me that it probably has the all the build quality of a department store BSO (bicycle-shaped-object). Just look at the junction between the head tube and the fork crown. Yikes!