Every time I think I've seen it all, something comes along to set a new benchmark of over-the-top ridiculousness.

Just days after bemoaning $3600 wheels, and over-priced wünderbikes for the richest 1%, I see this: 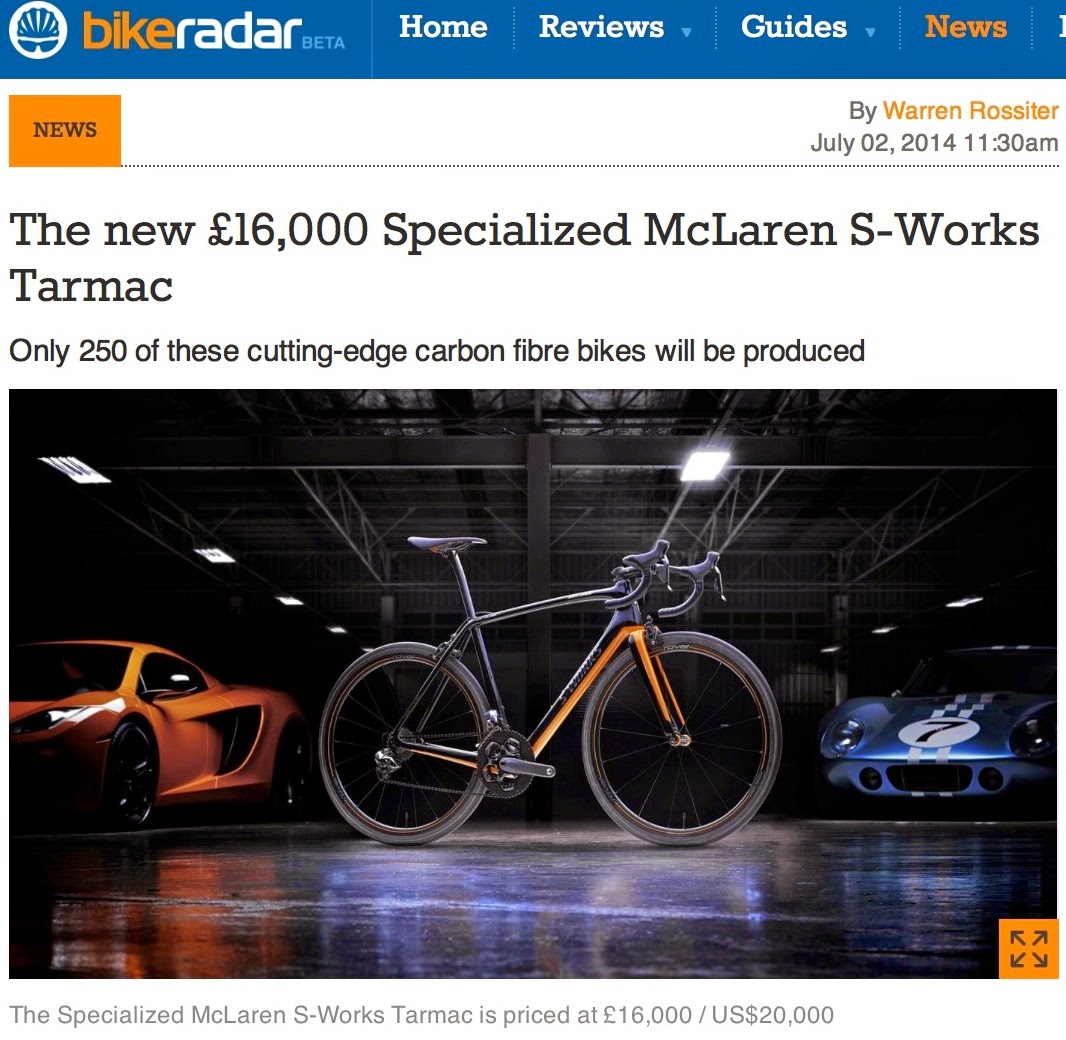 The folks at Specialized say the new McClaren S-Works Tarmac "represents the pinnacle of carbon fiber bike design" and will be limited to just 250 über-wealthy freds.

The article goes on to explain what makes this bike "worth" the asking price. "The McLaren uses 300 percent more high-modulus fibers in its construction, reducing material and therefore weight. We've also used more than 500 unique carbon fiber ply shapes in the construction -- that's 300 more than the standard S-Works." I don't actually know what that means, but it reminds me a bit of the Spinal Tap bit: "it goes to eleven." 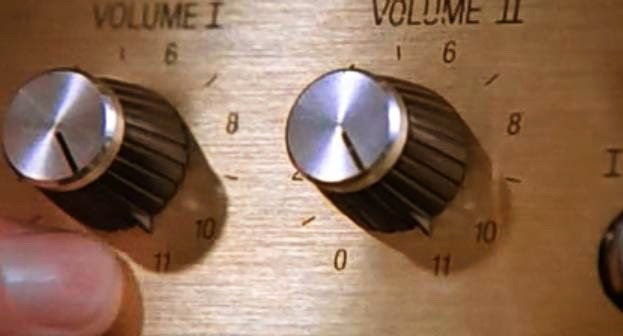 To be one of those "lucky" few people to attain one of these blessed-by-god-on-high chariots, you can't just go to the local Specialized dealer. Nope. First, you have to "register interest" at the company website, then wait to be contacted by Specialized. I think there's something in there about an interview process, evaluation of one's investment portfolio, a home-visit by the Specialized selection committee, submission of character witnesses (Yes, Mr. Sinyard, as long as I have known Rod, he's always been a self-obsessed, materialistic douchebag -- can he buy the bike now?) and ultimately, a special body-geometry fit session. OK - I might have made some of that up. I don't actually know the selection details, as I got nauseous after the first paragraph and had to quit reading. I was only able to return to the computer to write this after lying down in a dark room, snuggling a Carradice canvas saddlebag, and inhaling from a tin of Proofide.

The news from Specialized even managed to trump yesterday's big release, a 10-lb. road bike from Trek:

That, and Specialized found a way to make Trek's $15,749 bike (in its top-level form) look like a bargain.

"Trek's goal from the outset of the project was to build the lightest production road bike on the market. Besides being incredibly light, the bike also had to be an elite-level race machine. After years of testing, using pro-rider feedback, strain gauges, accelerometers, and countless iterations of geometry and lay-up prototypes, Trek engineers believe they have succeeded in that goal."

So, if this thing is so great, where are the disc brakes and electronic shifting we're all supposed to want now? Get with it, Trek!

The article in BikeRadar goes on to say how different the Émonda is from their other top-level offerings: the Domaine and the Madone -- which is to say, not all that different, actually. "When BikeRadar asked for an apples-to-apples comparison, (Trek road bike manager) Coates declined to give specific numbers, but said they are quite similar in stiffness and compliance. . . In bench tests they are essentially the same . . . the compliance numbers are virtually the same." Got it?

I'd say more about the Émonda, but, A) BikeSnobNYC wrote plenty about it already today, and B) I'm starting to feel sick again. There's a Carradice saddlebag and a tin of Proofide waiting for me.
Posted by Brooks at 3:57 PM