You know what's wrong with front derailleurs? They're light, simple, and they work. Yes, it's true that if they're badly out of adjustment, you can drop the chain when shifting. But on the whole, they haven't changed much since the 1960s because they haven't really needed to.

People are always trying to find a better way, though, aren't they?

I saw a video for a new gear-changing innovation called Wavetrans Bicycle Transmission. "A new kind of bicycle transmission which uses a revolutionary logic," the website claims.

What is it, exactly? Wavetrans is essentially a crank with an expanding chainwheel. It has about 6 chainring "segments" which can expand or contract at the push of a button. Its inventor is trying to get backers for their concept, but you can see a working prototype on their website:


The company claims many "advatages" (sic) "compared to old gear shifter systems (Derailleur for example)." It can be shifted uphill, under load, the chain never comes off, and (my favorite) "no crunchy noises." Unless you're a dedicated granola-muncher. Then there's still lots of crunching.

You know what else is cool about Wavetrans? It's "something . . . that you have never seen before." 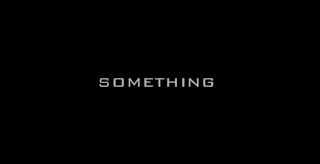 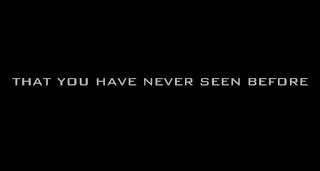 . . . Unless you actually know something about bicycle history, that is. In which case you know that these things go back almost to the beginning of the safety bicycle.

According to several sources, including Frank Berto's history The Dancing Chain, and Tony Hadland's Bicycle Design: An Illustrated History, there have been a number of expanding chain wheel systems, some dating back to the Victorian age -- most of them just variations on the same idea.

Here are a few:

1896 - Linley & Biggs Protean Gear. It used two half-chainwheels that could then be expanded by up to 4 teeth, though it took on an oval shape as it expanded.

1903 - Paradox expanding chainwheel. "Incorporated a complex mechanism to achieve a circular expandable chainwheel." (Hadland) It expanded in one-tooth increments up through 7 teeth.

Searching on my own through some "expandable chainwheel" patents, I also found some of these diagrams:


None of the systems listed above lasted for more than a year or two. Development of such systems on the whole disappeared for a few decades as derailleurs and even internal hub gear systems proved to be simpler and reliable. But then, in the 1970s for some reason, they came back as more inventors once again looked to expanding chainwheels as the answer to a question nobody was asking.

Here are some of the more modern systems:

1974 - Hagen All-Speed Expanding Chainwheel. This had 6 smaller sprockets that moved outward as an inner spiral-plate turned. The gear range was 2.85 to 1, or 285%.
1983 - The Deal Drive had 16 speeds and a 2-to-1 range. It used 6 spring-loaded expanding segments. Pedal forces compressed the springs, retracting the chainwheel segments, thereby lowering the gear. An adjustment lever on the crank arm let users adjust the spring loading tension. Frank Berto described it as "well built and reliable. However it was heavy, expensive, and it had a limited gear range." Expired after 2 years.


1983 - Excel Cambiogear. Oddly enough, Excel was a division of Beatrice Foods, which tried to break into the bicycle business in the early 80s. The Cambiogear had 16 speeds, and a 3-to-1 range. Made of graphite-reinforced-plastic. It lasted 1 year.

The photos above are screenshots from an explanatory video of the Excel Cambiogear I found on YouTube. You can watch it here:


Clearly, this idea has been tried (and abandoned) numerous times in over a century. And the Wavetrans isn't even the only expanding chainwheel crank startup today. Another startup - the VECTr Variably Expanding Chain Tranmission - apparently applied for a patent last fall on their own version of this old idea.

So, about the only thing I can see that sets the Wavetrans apart from all these other systems is that it's electronically operated. Push-button electronic shifting chainrings, without a derailleur. Well, that's something we've never seen before.

Something tells me that people today are no more likely to adopt a transmission that's heavier, more expensive, and more complicated than a derailleur system than they were 20, 30 or even 100 years ago. I just don't see the Wavetrans (or the VECTr, or any other similar ideas that might be brewing out there today) having any more success than their Victorian-era counterparts, or any of the revivals from the '70s and '80s.
Posted by Brooks at 8:24 AM