This blog just reached a milestone - and I missed it!

A couple of weeks ago, apparently, I hit 3 million visits to The Retrogrouch.

Understand that I'm the kind of person who gets a little kick out of seeing my car's odometer tick over a big significant number - like hitting 50,000 or 100,000 miles. I had one old car that turned over from 99999 back to 00000 (I doubt anyone born after 1975 will remember when odometers only went five figures before rolling over). I was stoked about that one for months. Yeah - I know - I'm kind of a dork. 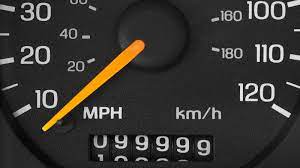 Anyhow - I knew I was getting close to 3 million, but forgot to check for a while, then this morning I looked and saw that I'd missed it. Oh well. I should also point out that, on the scale of the internet, there are probably bloggers and other sites that reach those million-visit-milestones every few months, not years.

Still - The Retrogrouch Blog may only be small taters. But they're my taters.

I first posted for this blog in August, 2013. I didn't know how long it would last, and I'm sure I never thought I'd still be writing it 8 years later - though admittedly I don't write or post nearly as often as I did back then. 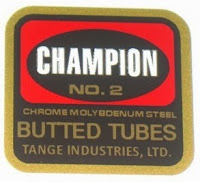 Over the years, it's interesting to note, that the three most consistently popular articles in the blog's history were posted within the first 6 months since going online. Number one was a post about Tange and Ishiwata frame tubing, number two was on Bike Fit Then and Now, and number three was about the Bridgestone XO-1, a bike that still has something of a "cult-like" following. Month after month, those articles will still attract new readers, and occasionally generate new comments.

If I had to pick some favorite articles, I might pick the series I did about the American bicycle industry - and its shift from manufacturing bikes in the US to "designing" them here, and importing them from Asia ("Designed in America"). That one was in four parts and took a lot of research. I thought (still think) it was a pretty good history. I also enjoy the articles that explored vintage bike safety films or other educational materials - most of which would more likely convince people they'd be much safer not riding a bike at all. I long ago covered most of the bike education films I could find or had copies of, so there hasn't been a new post on that subject for a long while. But I had fun with those ones, being that they combined my interests in education (as a teacher), film (I teach a film class), and bikes.

I also enjoy looking back at articles about some of my vintage bike projects, documenting the process of taking a frame - possibly getting it repainted - and building it up like new. Those projects are very enjoyable to me, and covering them here in the blog, with pictures and descriptions of the process, is a great way to remember them. Some of those include my Expedition, 753 Mercian, and most recently, my Sequoia. I also covered the process of building bikes for my daughters (here, and here).