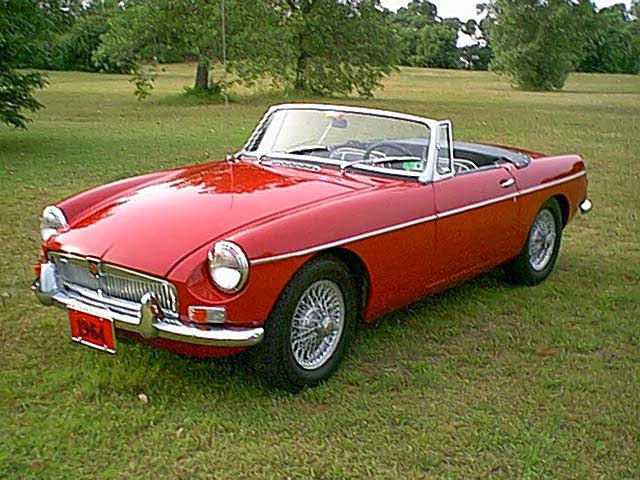 Not so much anymore, but I used to like cars a lot. When I was in my teens, apart from wanting a Masi just like the one the kid in Breaking Away rode, I also wanted a little two-seat roadster -- like an MG, or a Triumph. Horribly impractical little things, with temperamental mechanicals, and diabolical electrical systems. I was not afraid. There was something about the cars that inspired passion. I don't like to say that they had "soul," because let's face it, they're just objects. But I don't know how else to describe it. Was it history? Who knows?

My father-in-law, who has always loved the "top-down" car experience, has a Mazda Miata. He's driven it for years and loves it. He even belongs to a Miata club. The little Mazda is supposed to offer the same kind of driving experience as the little roadsters of the past -- wind-in-the-hair, sprightly acceleration, zippy handling --  but with all the bulletproof reliability that Japanese cars are known for. No more late nights in the garage chasing electrical demons, replacing ignition points, or re-jetting carburetors. The new cars just don't have things that go wrong that often -- but when they do, it's also a fair bet that the average home mechanic won't be able to solve them himself. 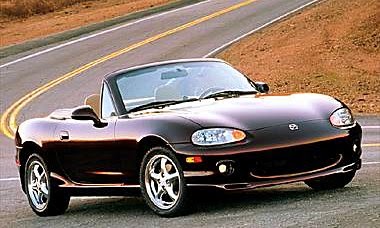 I've driven his little Miata. It's nice, but I don't want one. No passion. No "soul." It could be that I just don't get excited about cars anymore, but if I had the choice and actually still wanted a little roadster, I'd still probably go for the old MG -- reliability be damned. Though, truth be told, if I had the money for that kind of purchase, I can't say I wouldn't spend it on a really nice bike (or two).

Like her father, my wife is also really big on the convertible experience, but from a slightly more practical standpoint. She wants something that still has room for kids and cargo. Some years back, she had me come with her to test-drive a Toyota Solara convertible -- a mid-size two-door. We drove it, and all I can say is that putting the top down did nothing to disguise the fact that we were still basically driving a Camry -- a dependable car with a little more reliability than a Maytag dishwasher, and about as much fun to drive. A driving appliance, if you will. We didn't buy it.

So, what does this have to do with bikes? 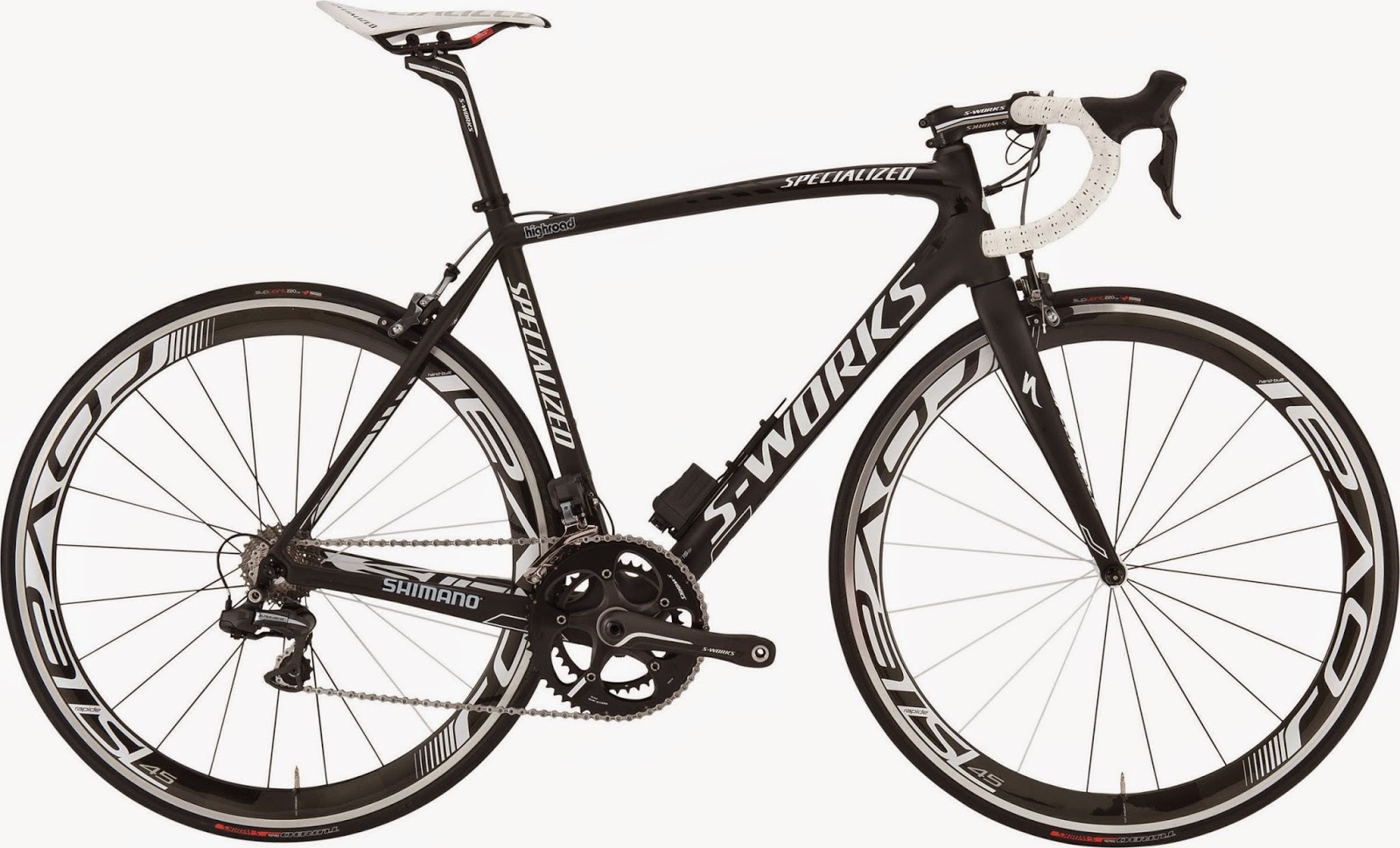 The way I feel (or felt) about those cars is pretty consistent with how I feel about bikes. Comparing the old British roadsters with the modern Japanese version, it's hard to argue with the fact that the newer car is superior in so many ways. More reliable. Better brakes. More efficient. Probably lower emissions. Safer. The list of "betters" could go on and on. But given the choice, I'd still choose the old classic for what are totally emotional reasons. History. Nostalgia. "Soul." 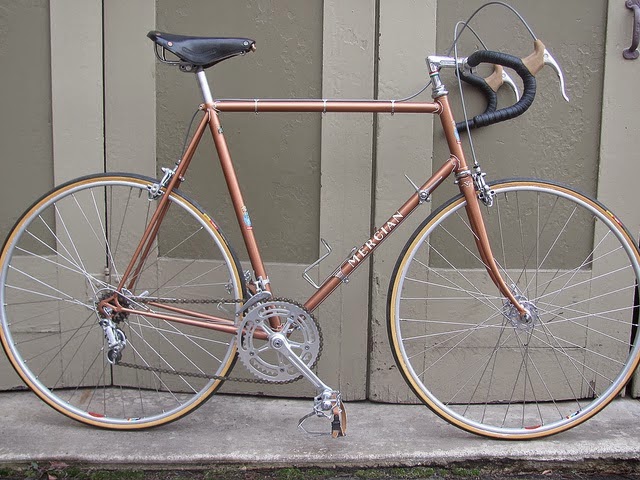 There is no doubt that my '73 Mercian weighs more than a new Specialized Tarmac. The vintage Campagnolo Nuovo Record derailleurs don't shift as smoothly and reliably as the latest Dura-Ace Di2. The old Record brakes take a lot more hand effort to stop than the latest dual-pivots or disc brakes. My square-taper bottom bracket might "flex" more than a new BB30 or whatever new oversized press-fit wonder the technophiles rhapsodize about today. My 36-spoke wheels with their box-section aluminum rims generate more wind drag than 20-spoke wheels and deep-profile carbon-fibre aero rims. But given the choice, again and again, I'll take the old classic. Every time.

The makers of many carbon frames like to call their product "hand-made" -- and I suppose that might be true of some of them. But most of them are popped out of molds. Sure, someone laid pieces of resin-impregnated carbon fiber into that mold by hand -- but it's still popped out of a mold for cryin'outloud. And if one of those frames differs in any measurable way from every other frame in the run, it's a defect.

There's something beautiful about a set of frame lugs that were filed and shaped by a craftsman, and recognizing that it is not a defect if the lugs aren't exactly identical down to a fraction of a millimeter as all the other lugs shaped by the same artisan.

I like my traditional cup-and-cone ball bearing hubs, and non-cartridge square-taper bottom brackets. They need to be serviced from time to time, but that's just the thing. . . I can service them. I even enjoy doing the work because it's therapeutic in a way. There's something satisfying about a bike that can be serviced, and being able to do the work yourself. If a Shimano Di2 goes bad, can it be fixed? And who would fix it?

I like treating a Brooks leather saddle with Proofide, and love the way the stuff smells. I like that my hand-built wheels don't look like billboards. The list goes on and on. Bikes are best when they are simple and beautiful. The classics might not truly have "soul," but that's the only word that seems to capture the idea.
Posted by Brooks at 4:42 PM