Some time back, I posted an article about Eddy Merckx and the Hour Record, and a close look at his Hour Record bike. The bike Merckx used for the record was built with numerous tricks to save weight, and some of those special components were created by a man who probably never got the name recognition he deserved: Pino Morroni.

Pino Morroni was born in Italy and apprenticed as a machinist in his teens, a trade in which he would become highly skilled and would serve him the rest of his life. At that time, he also briefly raced bikes (though reportedly his first love was soccer) until WWII when he was a paratrooper in the Italian Army. Morroni was captured during the war and spent time in a British POW camp. In 1958, he emigrated to the USA where he became a machinist for Chrysler in Detroit. In the late 60s, after a stint building, modifying, and racing cars, Morroni again turned his attention back to bicycling where he used his extensive machining skills and knowledge of materials to build highly regarded bicycles and special lightweight components. Morroni was a pioneer in crafting bicycle components out of titanium and magnesium, and even helped create groundbreaking titanium bicycles.

In the 1970s and '80s, wheels, stems, seat posts, bottom brackets, and other equipment bearing the name "Pino Patents" or "Pino-Detroit" were used by some of the top racers in the U.S. and around the world. American racers Wayne and Dale Stetina used Pino's wheels and other components, as did Greg LeMond, Andy Hampsten, and many others.

Probably the most famous client of Pino Morroni's was Eddy Merckx, whose aforementioned Hour Record bike of '72 used several parts either manufactured or modified by Pino. That bike used a titanium stem which can be easily identified in photos. Other parts that were reportedly supplied by Pino were titanium hub axles, titanium bottom bracket spindle, and a special aluminum headset. A unique seat post made of titanium or perhaps magnesium was also supplied, though a close look at photos of the Hour Record bike show that Merckx may have used a lightened Campagnolo seat post during the actual record ride instead.

In August 1974, Bike World magazine had an article about Pino Morroni's components, which at that point in time were still mostly hand-made prototypes. The article mainly looked at the bottom bracket unit, his seat post, and an integrated saddle and seat post combination. For the saddle and seat post, Pino started with a Brooks Professional saddle, then removed the leather from the steel frame, trimmed and softened it, the re-riveted it with aluminum rivets onto a custom-made magnesium frame that integrated with the magnesium seat post. Reportedly, the saddle and seat post together weighed about the same or slightly less than the stock Brooks saddle alone -- a pretty remarkable feat.
The Pino bottom bracket was fairly unusual at the time, but bore a strong resemblance to cartridge bottom brackets like those made by Phil Wood and many other companies today. The BB unit was available with a titanium axle or steel, and with aluminum crank bolts. With its adjustable lockrings on both sides, the unit allowed some flexibility for chain line. The reviewer from Bike World praised it for the smoothness of its operation, and a number of racers adopted it as well. I don't know if many integrated saddle/seatpost units were manufactured for the public, but the bottom brackets became a pretty sought-after item for gear freaks in the know.

Pino Morroni had an interesting approach to wheelbuilding, and liked to proclaim that his wheels could not be broken. The wheels were built with hubs of his own manufacture, but where they really departed from other wheels was at the rim where the spokes (which were titanium, I believe) were threaded farther up the spoke than typical. There was a nut on both the inside and outside of the rim. When the wheel was trued and tensioned, the extra nut was tightened against the rim, essentially "sandwiching" the rim between the nuts. Was it necessary, or overkill? Who knows, but from what I've read from those who knew Pino, there was no arguing the point. They were unbreakable -- end of story.

As mentioned previously, Pino was a pioneer in the use of titanium. In the early/mid 70's, titanium was in its infancy for bicycle frames. There were the Speedwell frames from Britain, and the Teledyne Titan frames from the USA. Both of those frames were made from commercially pure titanium, which was easier to attain and to work with, but not as strong as the 3Al/2.5V or 6Al/4V titanium alloys seen today. The Titans, particularly, were prone to cracking, and neither bike was a huge success commercially. But at that time, Pino Morroni and framebuilder (and NASA consultant!) Cecil Behringer crafted some 6/4 titanium frames (both road and track versions) using a unique lugged and brazed construction method that has yet to be duplicated. And considering the improvements in welding technology since then, it is unlikely anyone will attempt to duplicate it. Reportedly, the higher quality 6/4 titanium was not available in tubing for bicycle applications at the time, so everything had to be made from billets and bar stock. Pino machined lugs and tubing (which had to be incredibly difficult, then or now), and Behringer brazed it together in a special quartz/argon furnace. According to an article in the July 1982 issue of Popular Mechanics, the complete track bike weighed just over 10 pounds, while the road bike weighed just 12. I've only heard of two bikes having been built for certain, and in the Popular Mechanics article, Behringer said it would cost about $10,000 to duplicate one of the bikes for a customer (more than 30 years ago!). 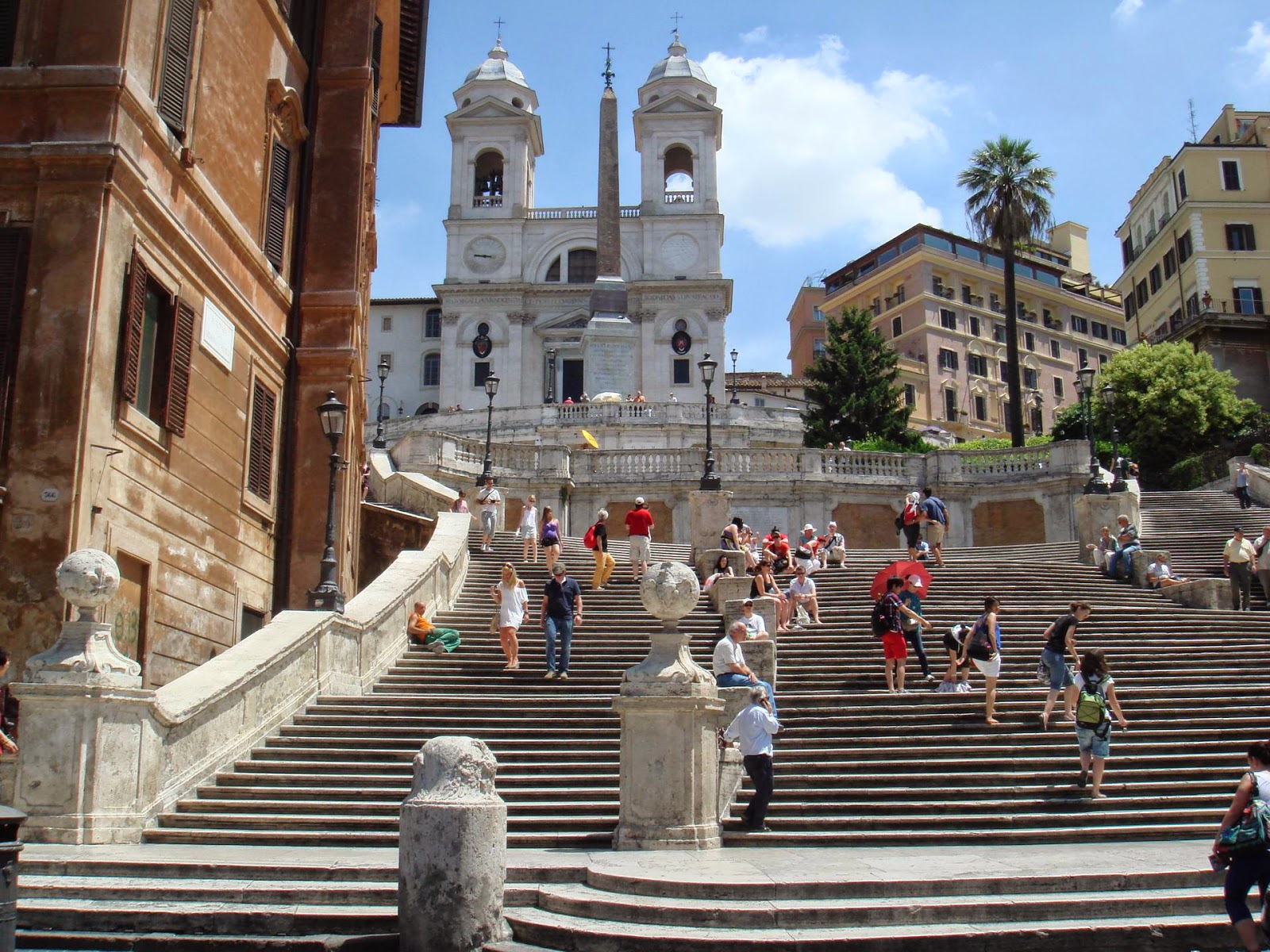 So, what do you do when you've made an unbelievably light and strong bike frame and want to prove its merits? If you're Pino Morroni, you take it to Italy to demonstrate it to some reps from the Italian cycling industry. Legend has it that Pino challenged them to ride their bikes down the famous Spanish Steps, then proceeded to ride his titanium track bike down the 135 steps alone as no one else had the will to follow.

Pino built and sold highly regarded steel frames, first with his own name in the 70s, and later with the brand name Telavio in the 80s. In both cases, the bikes would be adorned with a logo of three green mice -- something that was a trademark for Pino's products (if anyone out there knows why, I'd love to know). Though built from lugged steel and looking fairly traditional at first glance, the frames typically incorporated some of Pino's unique ideas and innovations. One such idea was the use of internal tubular frame stiffeners. On the Classic Rendezvous page about Pino Morroni, one can see an excellent example of a Telavio frame (owned by CR member, Wayne Bingham) and if one looks closely, they can see small holes through the frame tubes. Those holes are pieces of tubing brazed into place through the cross-section of the main tubes, which is supposed to prevent any twisting/flexing of the frame. In recent years, Italian framebuilder and innovator Dario Pegoretti took a similar approach to frame stiffening with his "Big Leg Emma" frame, the difference being that Pegoretti uses flat steel plates instead of sections of tubing.

Later in the 1980s, Pino returned to Italy where he still made some frames and spent some time working for the Italian Cycling Federation. He continued building and innovating bicycles and components throughout that time. Eventually he returned to the U.S. and in early 1999, Pino went to the hospital for surgery but ended up with pneumonia and died some weeks later (A Recollection, by Dave Patrick). He was about 79 years old.

Pino Morroni was an innovator right to the end of his life. Though few people apart from serious bicycle freaks are familiar with his name, his contributions to bicycling have been important, and his influence can still be seen.
Posted by Brooks at 10:46 AM