If Ads Were Honest

If advertising were honest, most cyclists would realize that they already have disc brakes. Rim brakes functionally are disc brakes, and most road bikes have had them for generations. The disc brakes that are based on motorcycle and automotive designs, with their little 140 - 160 mm rotors, are in many ways inferior to the brakes bicycles have been using for decades. In wet, muddy conditions, like those encountered by mountain bikers -- the "new" designs offer some benefits. But for road cyclists, there are at least as many drawbacks as there are benefits to the new designs. The small-diameter discs heat up much more quickly than the 622 mm discs we call "rims." That heat will warp the little rotors, which are only a couple millimeters thick, in no time. Cable-operated versions have inferior modulation, while hydraulic systems are supposed to be better in that regard. Then again, overheating with a hydraulic system can boil some kinds of brake fluid, leading to no brakes at all. The only thing wrong with good-quality rim brakes is that they are simple and they work. So how could we market that? 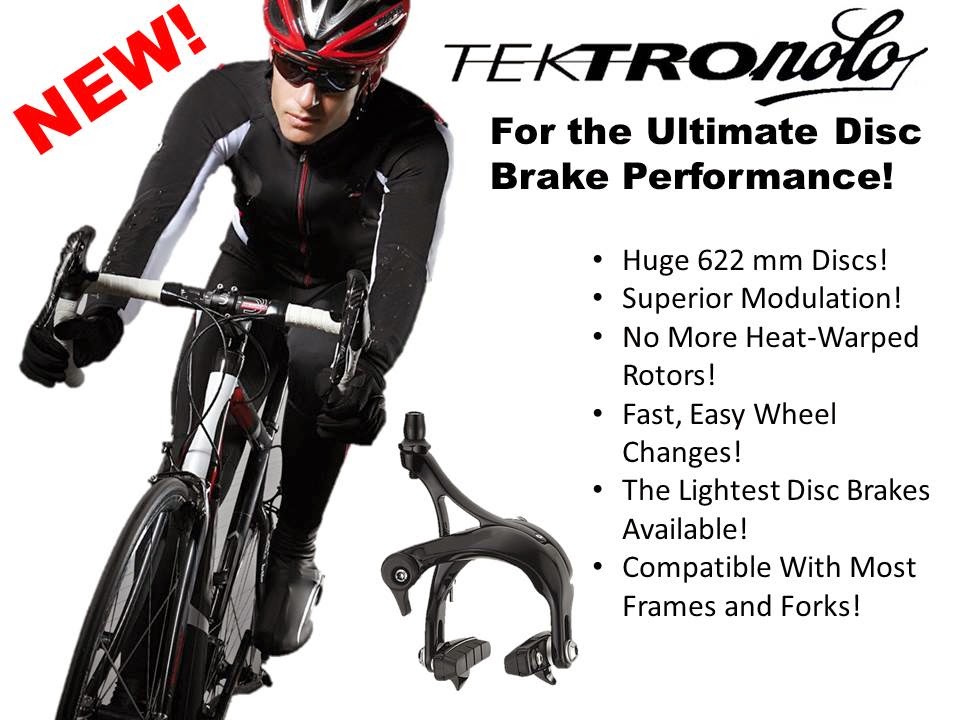 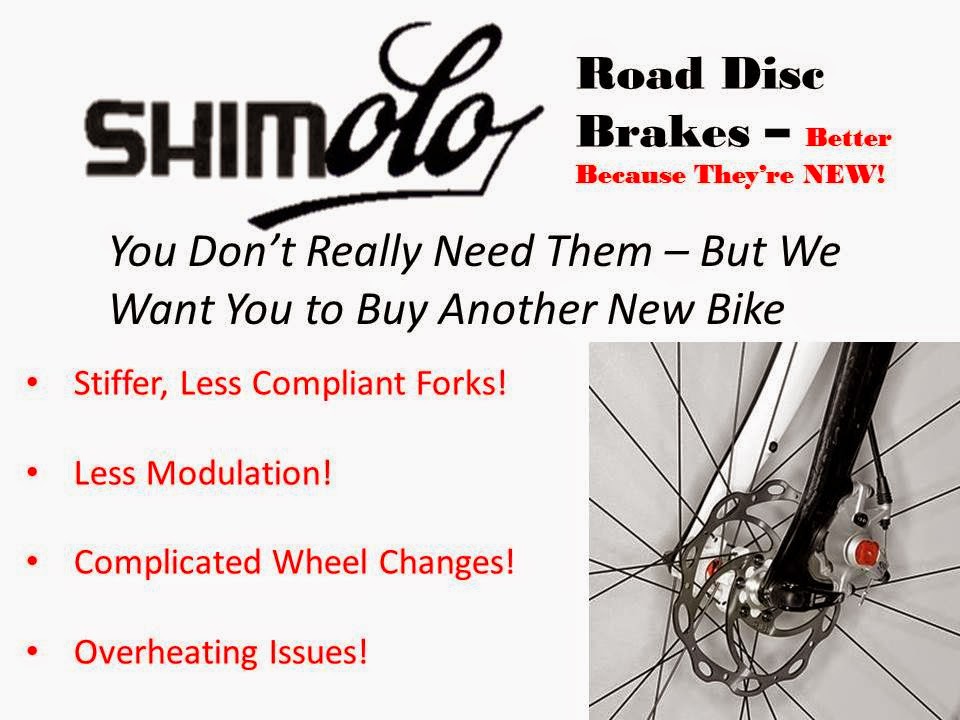 If advertising were honest, people would know that carbon fiber forks with massive, tapered steerers and corresponding head tubes are the result of past failures and trial-and-error. Carbon is great on paper -- it even blows away steel in lab tests. But carbon frames and forks are a "work in progress" being tested on people who are paying a premium for the privilege of being used as crash test dummies. How could we advertise that? 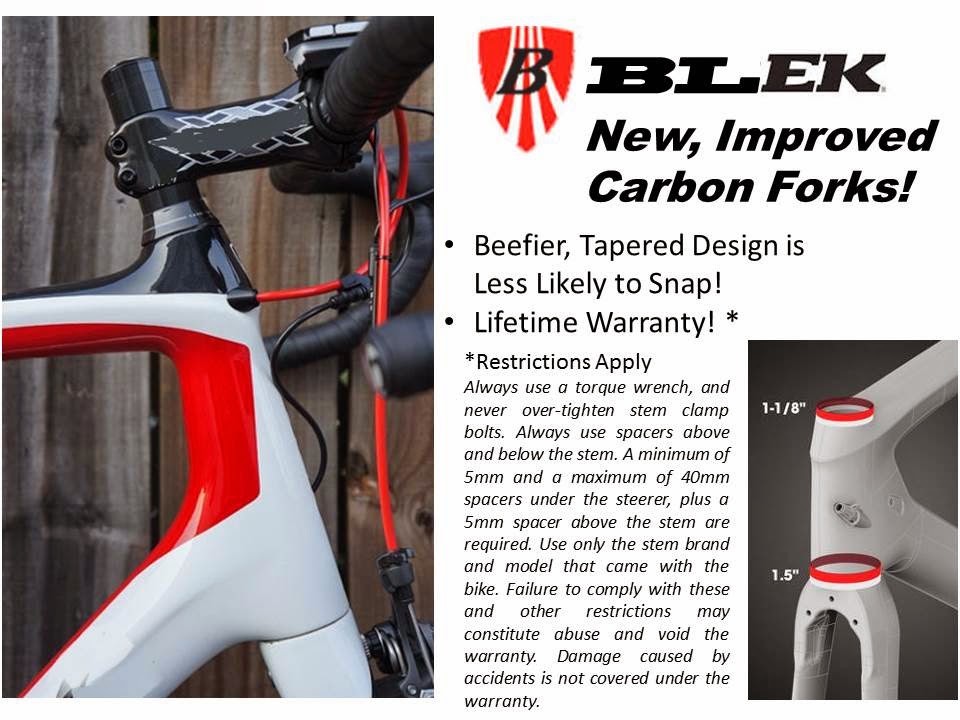 Don't expect to see any of these ads in cycling magazine anytime soon.
Posted by Brooks at 11:22 AM