I was all set to write today about some goofy bike-related Kickstarter innovations, like these "Upper Wheel Fairings" that "reinvent the bicycle wheel to minimize overall wheel drag, increasing headwind penetration speeds." One can "readily feel the difference in penetrating even a slight headwind," says the copy in the Kickstarter campaign.

I say, I was all set to write about them -- then I saw yesterday's Bike Snob post, where he wonders why anyone who won't put fenders on their bikes would "spoil the elegant lines of their plastic dork chariots with these."

Oh well -- there's one blog post idea basically shot down. Believe me, it was going to be awesome.

Nevertheless, there are plenty of other "innovations" to see on Kickstarter, and it surprises me how many of them have actually made their fundraising goals. 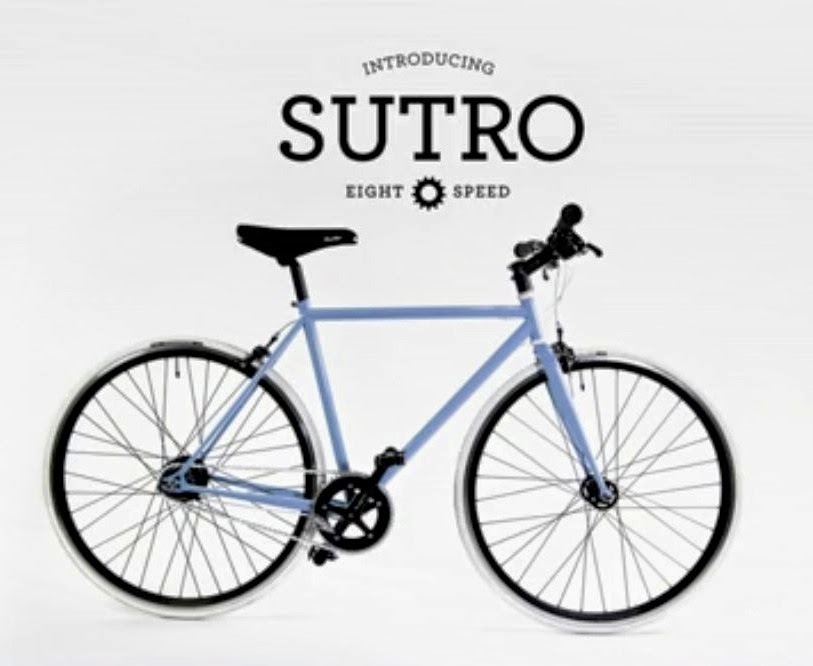 Here was one that kind of annoyed me, The Sutro Mission Bicycle, designed and built in San Francisco. The creators billed it as "an innovative bicycle designed specifically for city riding." I failed to find anything particularly innovative about it. Their fundraising campaign said, "The Sutro was designed by and for city cyclists to be ridden everyday and everywhere. We took the simplicity of a single speed bike and added the versatility of a Shimano multi-geared internal hub. Then to achieve a clean aesthetic we routed the brake and shifter cables through the frame."

Hub gearing and internal cable routing? Nope -- neither of those things has ever been done before.

I can only assume it never rains in San Francisco, because this innovative city bicycle designed to be ridden "everyday" has no means for attaching fenders, and even if it did, the clearance looks questionable. And these "city cyclists" apparently aren't riding to work any time soon, because there are no rack eyelets either. Why not? Because the "Sutro frame was conceived to have only what was essential. Since there are many ways to add fenders, racks, bottle cages, etc. without eyelets or braze-ons we choose to leave them off." So I guess the "innovation" comes in trying to figure out how to attach all those city-riding essentials that the creators don't consider essential. But did we mention that it has internal cable routing? (actually, I think they mention it three or four times, not counting the video). So, if you think "city riding . . . everyday and everywhere" means riding to the coffee shop on sunny days, this is the innovative bike for you! Fully funded, of course. 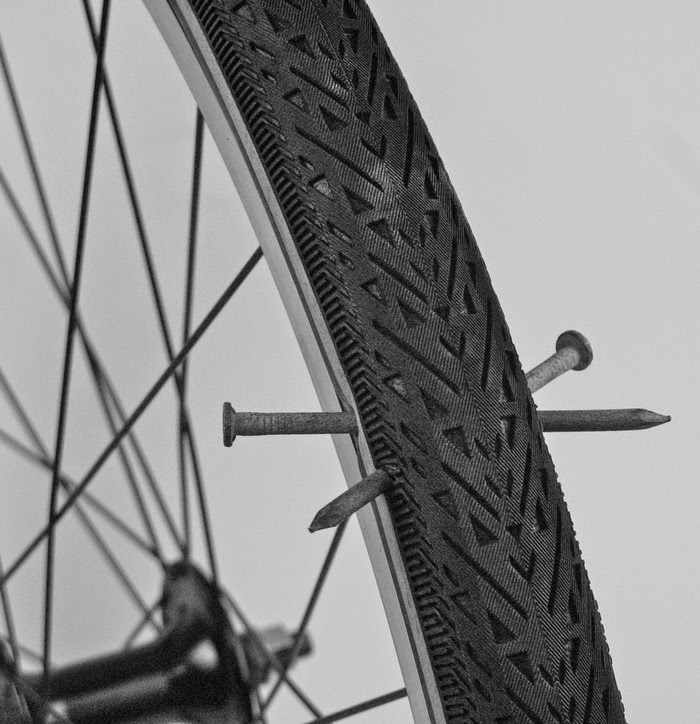 Airless "flat-free" tires are nothing new, but they crop up again and again. The latest version was on Kickstarter, and was fully funded -- the @cme FlatFree Wheels. The creator and his investing supporters should have read the late Sheldon Brown's take on these things. "Airless tires have been obsolete for over a century, but crackpot 'inventors' keep trying to bring them back," wrote Brown. "They are heavy and slow. They give a harsh ride and poor high-speed cornering on rough surfaces. They are also likely to cause wheel damage, due to their poor cushioning ability." 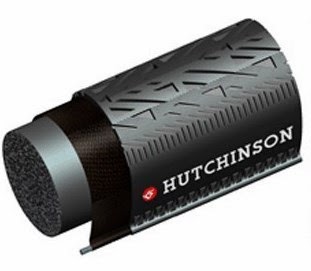 The creator of the @cme FlatFree wheels claims "these tires weigh more than traditional tires, and ride like a tire with 60 pounds of air in it. They will add about 1400 grams to each wheel. You will NEVER have to fix a flat." Ummm, I'm not a weight weenie by any stretch, but 1400 grams is about 3 pounds -- for each wheel.

But the most ridiculous thing about this fundraising venture is that they bill this as though they came up with the things themselves without making it clear that they are just using existing airless tires, the Hutchinson Serenity, and mounting them on wheels they build. You could just order a pair of the Hutchinsons (or have your local bike shop get them for you, but they'll probably advise against it) and mount them to your existing wheels. But then you wouldn't have the pleasure of supporting innovation. 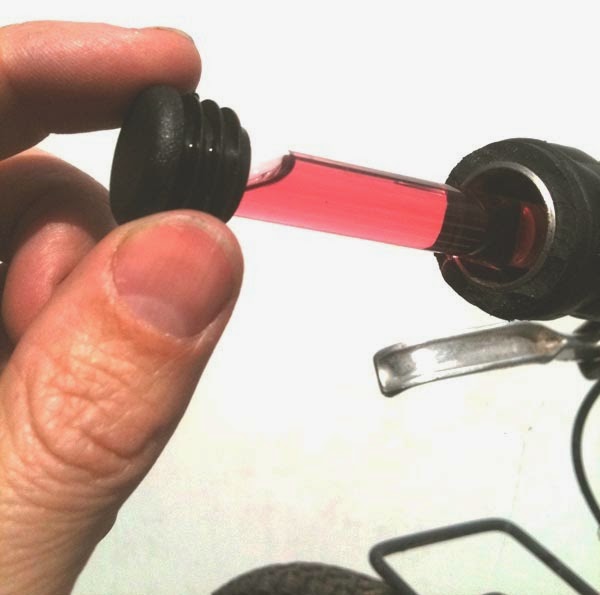 To be filed under the heading "Why" comes the Handlebar Minibar: "A way of discreetly storing drink, banknotes or a rolled cigarette inside your bicycle's handlebars . . . for when you need them most." It holds 5 ml of liquid -- keep in mind that a typical American shotglass holds about 44 ml. A UK shot (the creator is in London, after all) is 25 - 35 ml. If someone can't get through a typical bike ride without needing a fraction of a shot of liquor, they have some real issues. I'm reminded of the portrayal of alcoholics on bad after-school specials who always have a secret stash of booze hidden away somewhere for when they get the DTs. Then again, it could be used for a cigarette -- because lots of cyclists succumb to that craving when riding.

Now this last one, The Jiggernaut, struck me as a pretty cool thing. It's essentially a relatively inexpensive jig for do-it-yourself frame builders. The Jiggernaut is CNC machined out of 3/4-in. thick MDF board and allows for a decent range of bicycle styles and geometries. I have no idea if this would work well or not, and I'd be interested to know what an experienced framebuilder would think of it -- but my impression of it is that it might be worthwhile. One doesn't need a jig to build a frame, but it helps -- but most of the ones that are available are pretty expensive and designed for professionals. I've given some thought to trying my hand at framebuilding someday, so this is one new product I'd like to know more about.
Posted by Brooks at 10:50 AM