Missed Milestone and a Look Back

It just occurred to me today that I missed a couple of milestones for The Retrogrouch Blog.

The blog recently marked 3 years, and also recently passed 1,000,000 views. Okay - in the big scheme of things on the web, 1 million pageviews is nothing. Not even a blip. BikeSnobNYC probably gets that many every few months. Nevertheless, readership has generally increased steadily since the blog started back in 2013.

But right now might be a good time to take a look back at some highlights and lowlights from the past year.

Far and away, the most-viewed post on the blog has been one that appeared almost exactly three years ago - Changing Positions: Bike Fit Then and Now. Every so often, someone will post a link to that article and start a flame war on a forum somewhere about how deeply flawed my assessments are (or "right on the money" depending on the commenters). After one blogger who must have a much larger audience share than I do posted a link to it earlier this year, page hits for this one article must have hit 5000 or so per day for a couple of days afterwards. In the article, I was mainly just pointing out how the relationship between saddle height and bar height has changed so much on racing bikes - that the "drop" from saddle to bar has grown a lot since the '80s, and that people tend to do a lot more riding with their hands on top of the bars or on the brake hoods than they used to. And while that increase in drop might be fine for racers, it shouldn't be the kind of thing that "trickles down" to the rest of us. It's proven to be a lot more controversial than I ever imagined.

The second-most-viewed post is one about Tange and Ishiwata Tubing. It was one of three articles I did about the brands of steel tubing used in so many of the great classic bikes of the past. Why that one gets so many more views than the articles on Reynolds or Columbus (which I expected to be the more popular ones), I don't know, but again, it gets referenced and linked on other pages pretty regularly. 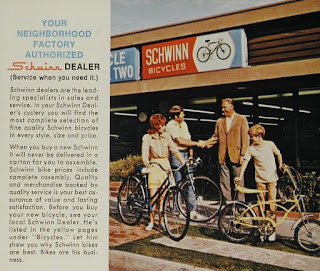 This past year, I think my personal favorite posts were the series on how the American bike industry shifted from manufacturing to importing: "Designed in America." Each of the four articles looked at another factor in the shift, though there was some overlap between them. Those four factors were The American Bike Boom, The Rise of Importers, The Fall of Schwinn, and The Rise of Shimano. The one about Schwinn probably got the most comments of the series. American cyclists from a couple of generations can't help but have a soft spot for the brand that more than any other helped introduce them to the love of bicycles. And the circumstances of their downfall were mirrored across the industry.

I also really liked doing the article on a Visit to Mercian Cycles. I was lucky enough to be able to visit their workshop and retail store in Derby this past summer and snap some photos. It was great to meet all the folks there and share the experience here on the blog. 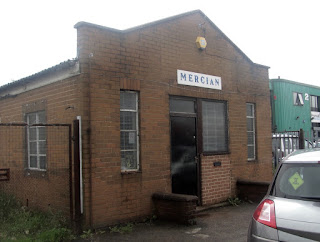 After the Republican National Convention descended upon Cleveland in July, just a short drive from my home in Akron, I managed to find a few bike-related items to bring up - like the Cleveland Police Department's new bicycle patrols, and a young librarian distributing books to delegates and protesters from the back of his bicycle. Apparently some readers, detecting my liberal-leaning politics (Oh hell - why not just admit that I'm a freakin' socialist) felt compelled to leave some pretty hostile comments, or send some venomous emails. Sorry - you won't see the comments, as I moderate them and deleted them for profanity. I try to keep the blog family-friendly, you know.

It seems like the posts that consistently get the fewest views and the fewest comments are the ones in the Bike Safety 101 series - which look at old educational films about bicycle safety. I enjoy them because they combine my love of bikes with my love of movies. Having taught a film class for a number of years, I always teach a unit on old educational films and propaganda - looking at how the films reflect the times in which they were made and promote the social and/or political values of those times. The bike safety films from the '50s through the '70s are no exception. Examining the films by decade, you can see how bikes were marginalized in the '50s and '60s as little more than kids' toys (albeit, really dangerous ones that could maim and kill), to practical transportation in the Bike Boom '70s. Any bike safety propaganda made since then puts the biggest emphasis on helmet use above all else.

Where Are The Readers?

Overwhelmingly, most of the blog's readers are located in the U.S. - no surprise there. After that, comes England, then Canada - again, not surprising. Then Germany, followed by Australia. Yep - more Germans read The Retrogrouch than Australians. Among the English speakers, Aussies must not be very retro-grouchy, I guess.

As the next year goes by, expect to see more stories griping about pointless bike-related technology and supposedly revolutionary "must have" innovations. I expect to have a few photo-laden stories of upcoming vintage bike projects. I have some bike-related books on my must-read list, so reviews will be forthcoming. All around, as long as I can keep coming up with ideas, it should be another year of what readers have come to expect on The Retrogrouch.
Posted by Brooks at 10:33 AM