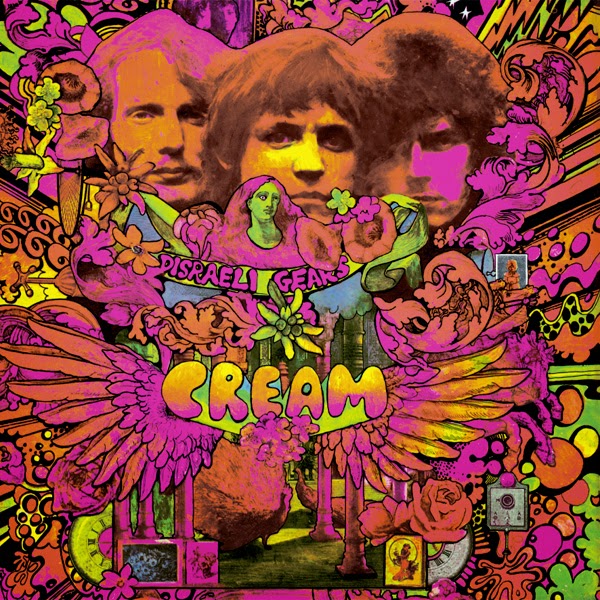 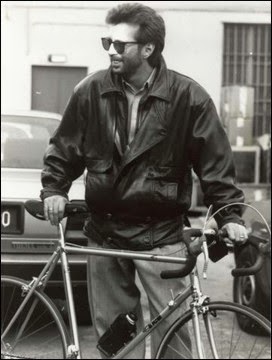 Clapton used to have a blog (it appears to be defunct at this time) where he would occasionally post some thoughts, and sometimes pictures, of his passions. Sometimes, his bikes would make the blog, like this vintage track bike:
In 2010, Clapton was pictured on the cover of a Japanese fashion magazine (with an English-language title -- Free & Easy. Gotta love it!) posing with what looks to be a '60s-vintage Cinelli. 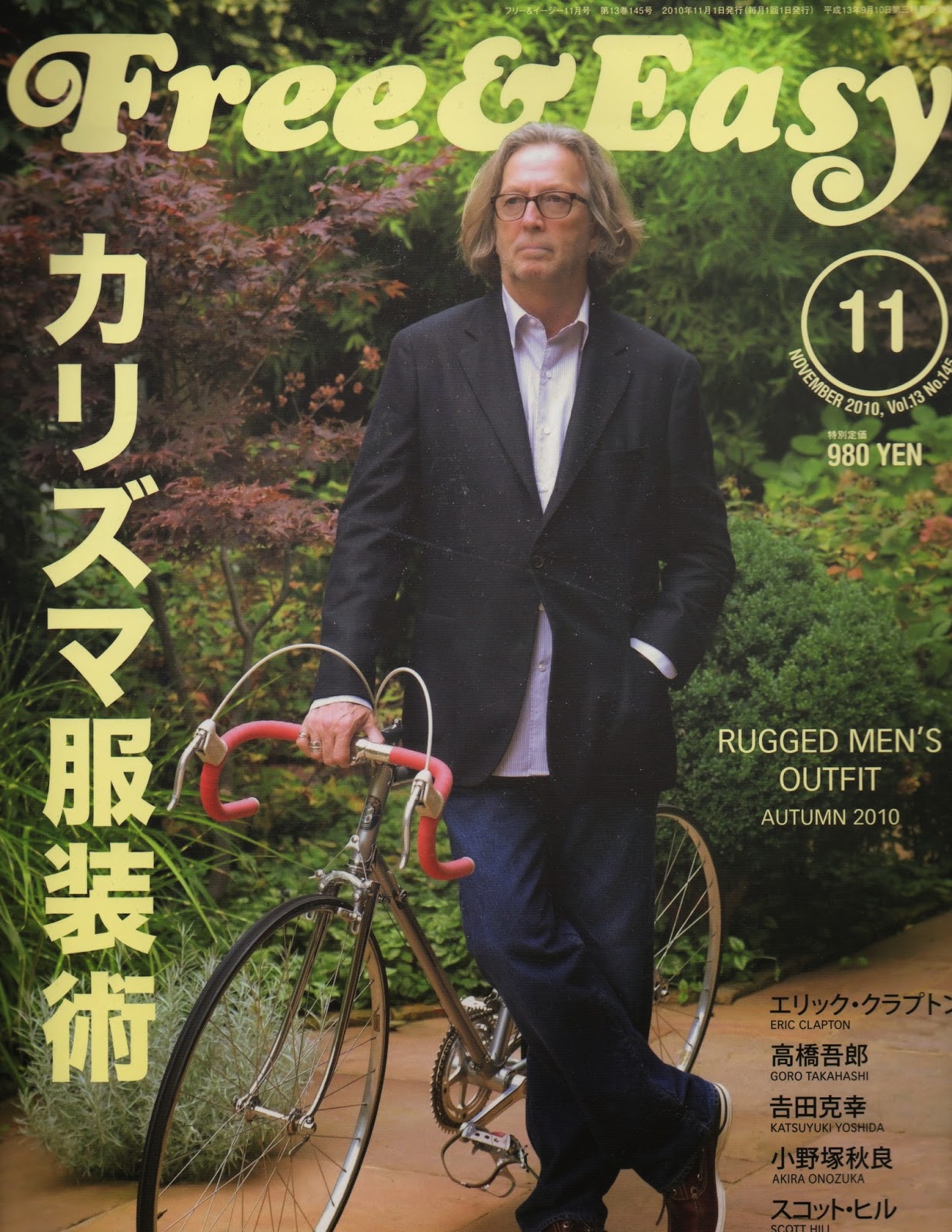