Be the Boy in the Plastic Bubble 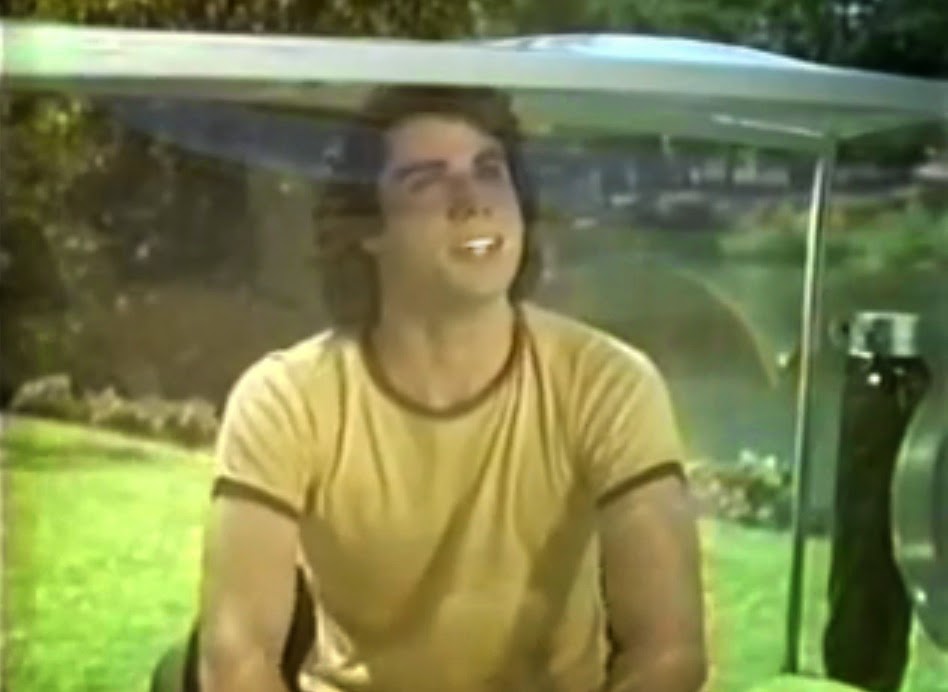 When I was a kid, I remember John Travolta starring in a made-for-TV movie called The Boy in the Plastic Bubble, about a kid whose immune system was so compromised that he had to spend his life in a sterilized plastic "bubble" environment. It co-starred Robert Reed (formerly Mr. Brady) and Diana Hyland as his parents (fun/freaky trivia: "mother and son" Hyland and Travolta became a couple after the movie aired). The concept of the "bubble boy" also became the subject of a classic episode of Seinfeld in the '90s.

Not too long ago, I saw something on Kickstarter for a new bicycle accessory called Leafxpro. The company calls it an "umbrella for your bike," but all I can think of when I see it is the Boy in the Plastic Bubble. You too can be the Bubble Boy.

Consisting of a big clear plastic fairing that wraps up and over the rider in the front, with an extra diaper-like sling wrapped around the rider's backside, the Leafxpro is supposed to let you enjoy your bike in the "most difficult weather conditions." Oddly enough, most of the bikes shown in their videos and pictures are not equipped with fenders, but without them I can only assume that the effectiveness of the fairing would be completely undermined from water and mud splashing up from below.


There are a couple of videos on the Kickstarter page, including this "Endurance Test."


One of the claimed benefits of the Leafxpro is aerodynamic. Here's a quote (pardon the somewhat tortured English): "The aerodynamic was a critical point in the development process of the structures of Leafxpro, this is a fundamental point that a cyclist can easily overcome the resistance of air, even when the headwinds are the greatest enemies!" The description continues, "Due to its aerodynamics, using the Leafxpro makes the bicycle more predictable and comfortable under rain and when affected by winds." While I have no problem believing that, like any fairing, the wind resistance from the front can be reduced, I do not think I'd want to be on a bike equipped with this bubble in a crosswind. Something on the Kickstarter page says it's been tested in the wind with no "umbrella syndrome" detected, but call me skeptical.

I'm also skeptical about visibility when the rain is really falling. Ever try to drive your car in heavy rain without windshield wipers? Now just imagine your car with a flexible plastic bubble for a windshield. Doesn't sound promising, does it?

But don't let me get too down on Leafxpro, because, as their site says, "The world is colourful! Leafxpro inspires colour."
That's right - when the trucks rushing past are spraying you with wet muddy road grime while the wind treats you like a kite, and your visibility through the rain-streaked plastic windshield dwindles to nothing - you can take comfort that at least your bubble machine is colored in an uplifting neon green. Nice!

Anyhow - whether it works or not, I'm inclined to think the Leafxpro is going to fall short of its fundraising goal. As of today, they only raised £4,190 of £20,000 goal, with only 17 days to go. Then again, I may be underestimating how many people out there want to BE the Boy in the Bubble.
Posted by Brooks at 4:28 PM