What is "Vintage" About These "Vintage" Bianchis?

There are a lot of words in our language that are thrown around so casually, and with so much frequency, that they become essentially meaningless. Take "Artisan," or "Artisanal," which originally meant a person skilled in a particular craft, or something made by hand by a skilled craftsperson. But when fast-food giants such as Burger King can market something they call an "artisan" bun, or Dominos can market an "artisan pizza," it's pretty clear the word has lost its meaning.

The word "Vintage" seems to be heading that way, too. 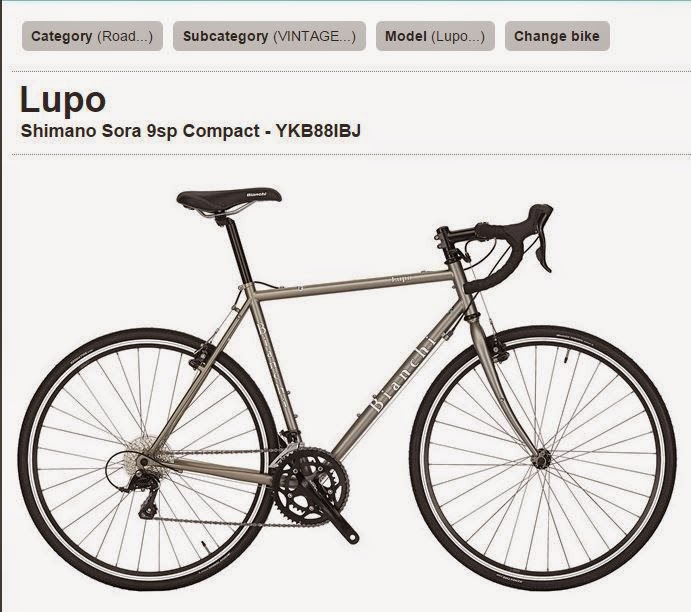 The other day I saw that Bianchi has a line of bicycles that they call their "Vintage Range." The bikes are claimed to be inspired by Bianchi bicycles of the past. Now, Bianchi has an incredibly long history as a bicycle company, and is indelibly linked with great Italian racers of the past, like Fausto Coppi, and Felice Gimondi, so one would think they might know a thing or two about "vintage." Looking at the offerings, I'm not so sure.

One of the bikes is the Lupo, which would be something along the lines of a 'cross bike, though it hardly seems like it has a competitive edge. It has 35mm tires, and room for fenders, and would probably make a nice commuting bike, or light tourer. In fact, I think it would be a pretty decent, no-nonsense bike for a lot of people. But with its Shimano Sora drivetrain, all in black, it certainly doesn't look all that "vintage" to me. The sloping top tube doesn't exactly recall the past, either. About the only thing on the bike that echoes the past, from what I can see, is the fact that it has a chrome-moly steel frame and fork -- welded frame, unicrown fork. Hmmm. 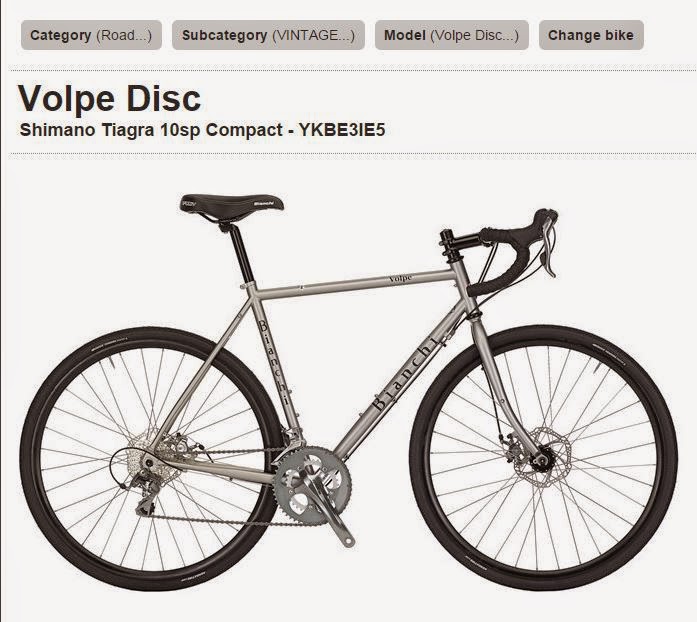 Another offering is the Volpe. The Volpe model has been in the Bianchi lineup since the 80s, when it was billed as something of a "do anything, go anywhere" kind of bike -- not so different from the cult-icon Bridgestone XO-1, except for its 700c wheels. This new version doesn't bear much resemblance to the original. It's very similar overall to the less expensive Lupo (I think it's basically the same frame), but upgraded with slightly higher-level Shimano Tiagra components, in a more pleasing silver-ish tone. And the Volpe can be had with disc brakes. Again, probably a good bike -- but what exactly is "vintage" about it? The name? 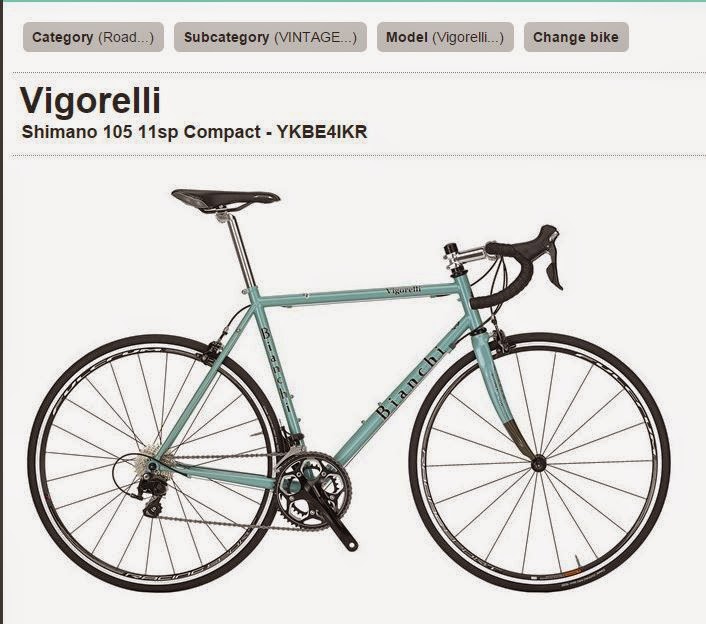 Then there is the Vigorelli. It's another model name that's been in the lineup for a while. The Vigorelli has a narrower, racier focus, though I have a hard time imagining anybody buying it to actually race on, with all the carbon fiber options out there. I'd call it a nice, go-fast bike for non-racers. Of the so-called "vintage" range of bikes, it's the only one that comes in the classic celeste color that Bianchis of the past were known for. But look past the traditional color paint job and see a sloping top tube, a carbon fiber fork, threadless steerer, 18-spoke front wheel (24 rear), and all-black Shimano 105 components. Nope - not much "vintage" there.

Bianchi has, in recent years, offered some classic lugged-steel frames in limited numbers which one could justifiably call "vintage-inspired" but these aren't them. And bikes like the Lupo, Volpe, and Vigorelli are all probably nice bikes (hey, I'm glad to see anything that keeps steel alive) -- but calling them "vintage" just takes the meaning out of the word.
Posted by Brooks at 10:32 AM