Somebody recently called my attention to a fun "self assessment" quiz on BikeRadar: "20 Signs That You're an Old School Cyclist." 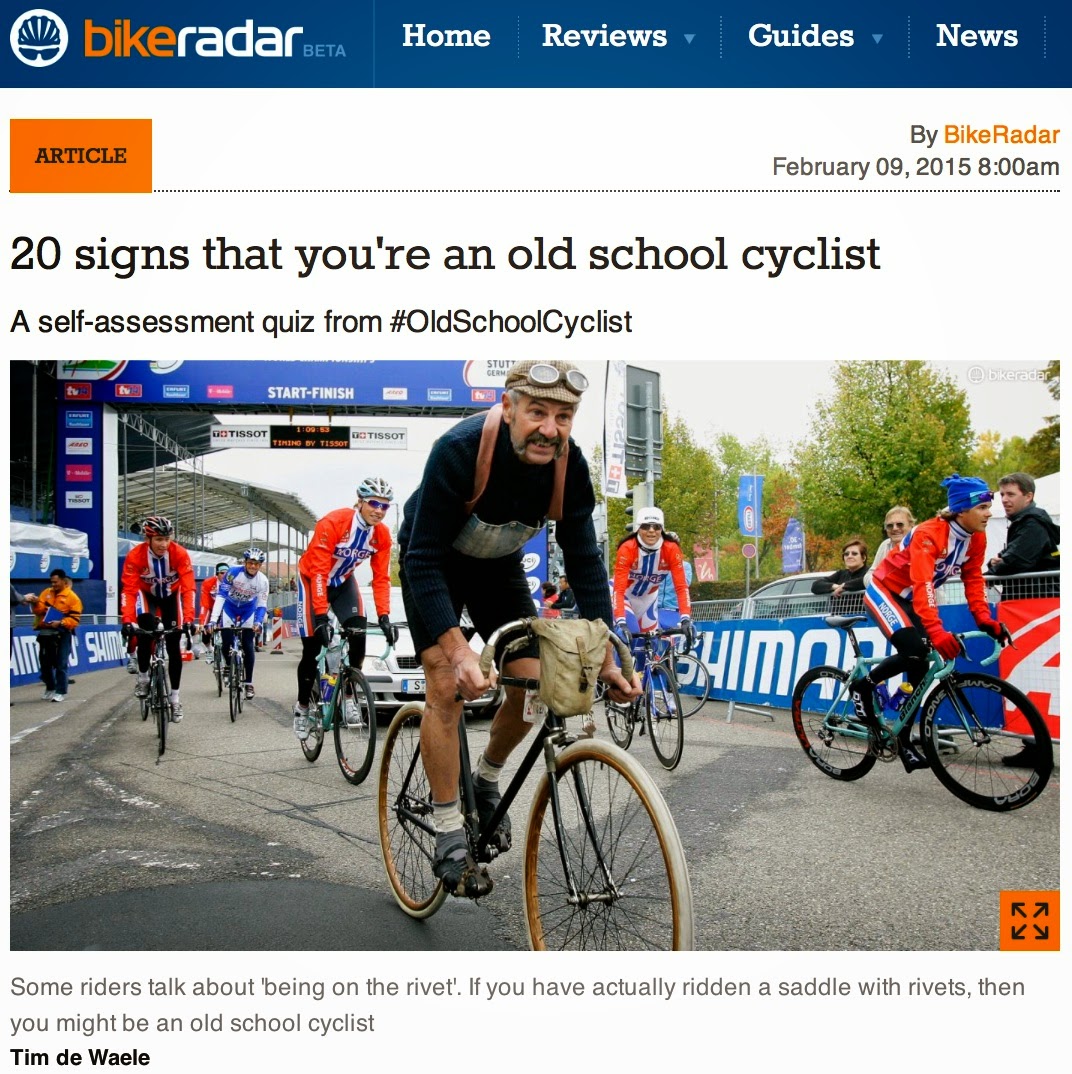 There are 20 statements on the quiz, and a person gets one point for each that applies to them. Several of the questions have "extra credit" points. According to the article, scoring above 5 points means you might be "old school." Only 5? Jeez. I think I come up with 19.

Here are the items on the quiz, and how I answered them:

#20. You know what a peanut butter wrench is. +1 point if you know why it's called that. +2 if you own one. Yeah -- I picked up all 3 points on that one. I almost wish there were more bonus points for having multiple examples (you know, one for the crank bolts, and one for track axle nuts!). Or models other than Campy. The TA and Zeus ones are kind of nice to have.

#19. You still wear white socks. Not exclusively. But yes.

#18. You still use toe straps. Just not on pedals.  Actually, I do still use them on pedals -- and for lots of other uses as well, like cinching a spare tire under the saddle, or securing a tool wrap, or as mini tie-downs when packing, or securing packs to racks, or . . .

#17. You've told a newbie that Super Record ball bearings were hollow. OK, never done that. But I remember hearing it.

#16. You've secured a spare tubular under your saddle with a toe strap. +1 if you still do. +2 if wrapped in Gazzetta dello Sport.  See my answer to #18. Though I've never wrapped a spare in newspaper -- apart from useless affectation, why would someone do that? If it rains, then you've got a pulpy wet mass to deal with. Blah.

#14. You know what you had to drill out when the pin extractor failed and the @#$%! hammer wouldn't budge it. Yep. Never actually done it myself, thankfully. But enjoyed watching the spectacle once or twice. 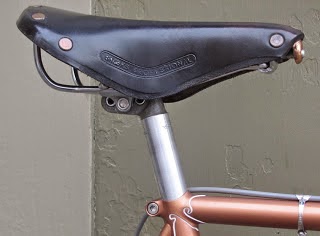 #13. You talk about being "on the rivet" and you've actually been on a saddle with a rivet. I think my preference for Brooks leather saddles has been well documented on the pages of this blog.

#12. Someone mentions their Rapha jersey and you think they rode for Gitane. Okay, no points for me. I wouldn't mind having a Rapha jersey or two, but they're way out of my budget.

#11. You know why cycling shoes had long laces. I actually don't get points for this one. I'm assuming that it's so you can tuck the laces in under the toe straps and keep them out of the chain (because that's what I do) -- but it seems to me it would just be better if the laces were shorter.

#10. You used Modolo shifters and they broke (if they didn't break, you never used 'em). No points for me. I assume they're referring to the plastic shift levers Modolo used to sell in the 80s (they called them "carbon fiber" but I'm pretty sure they were mostly just plastic). I remember them, but never used them. I'm not losing sleep over skipping that experience, either.

#9. Your first freewheel had five cogs. Yep. I also had a Sturmey Archer 3 speed hub before that, but that apparently doesn't earn points.

#8. You already have a digital pressure gauge. One on each hand, in fact. That's me.

#7. You still refuse to admit that indexed shifting is that much of an improvement over Positron. Hell, forget Positron, what about Mighty Click? Or Huret Commander? I've said more than once on this blog that my favorite shift levers of any time are still the friction-only Retrofriction levers -- whether the Simplex version, or the less common Campagnolo ones. SunTour's Power Ratchet levers are pretty great too.

#6. You wore wool. Under your wool. That's me. I've also been known to wear wool over my wool.

#5. You know which gutta is red and which is white. I hated the red stuff, so I learned the difference pretty quickly.

#3. You took the Conconi test. Never did it. Had to look it up to remember what it was. Even back then I never knew what the test was called. No points for me.

#2 You put a wet sock over your spare bidon. Because ice cubes were for sissies. Call me a sissy, but I never did this.

I find it odd that the BikeRadar article says any score above 5 pegs someone as "old school." Apart from kids who just picked up their first bike yesterday, could anyone really score less than 5? If any readers of The Retrogrouch take the quiz and score above 15, leave a comment. Have fun! And remember - there's no school like old school!
Posted by Brooks at 7:24 AM