Storm Clouds on the Horizon?

Remember this?
Unless your short-term memory is completely fried, of course you do, because it was just Wednesday that I wrote about the $500 Storm eBike, which was dubbed by some in the media as "the Tesla of bicycles." To me, it looked like someone strapped some batteries and a motor onto one of Walmart's $200 fat bikes, and I hardly saw anything worth getting excited about.

Well, after having raised well over $2.5 million in just a matter of days on IndieGogo, some are saying the "Storm" might be nothing more than a pissy sprinkle, if not worse. A writer for Yahoo Tech, which helped promote the Storm, now writes, "It was a crowdfunding campaign successful beyond anyone's wildest dreams. But dreams are not reality. And some things really are too good to be true."

The article goes on to say that the makers of the Storm have gotten a cease-and-desist letter from Prodeco Technologies, which also makes an electric bike named Storm, which sells for $1300. The letter reportedly accuses the company co-founder Storm Sondors (yeah - really) of making "grossly inaccurate" and "false" claims in their crowdfunding campaign.

Apparently, the success of the IndieGogo campaign attracted lots of other attention, too, particularly from other makers and sellers of eBikes, most of whom found the claims about the Storm bike highly suspect. Which claims did they find questionable? How about the power, the speed, the range, the recharging time, the weight, and the quality. So that's, ummm, basically all of them.

There's a video on YouTube from ElectricBikeReview where the guy looks at some of the claims, and compares them to other eBikes he's ridden and reviewed -- and let's just say that he has some questions.

For one thing, he looks at the claimed weight of 45 lbs. Keep in mind that the Mongoose fat bike sold by Walmart has a claimed weight of 45 lbs, and that doesn't have a motor and battery strapped to it. The reviewer from EBR points out that the $6000 Felt Lebowske, which appears to be somewhat similar in specs to the Storm, but with an aluminum frame and much higher quality components, weighs in at 48 lbs. He goes on to look at other claims as well, but none of it looks good for the Storm.

You can watch the video here:


But wait -- it gets worse. It seems that the people behind the IndieGogo campaign are kind of hard to track down. According to the Yahoo Tech article, the company's website re-directs to the IndieGogo page, and nowhere on either site is there any kind of physical address to be found, or any kind of contact info. Domain name information for the company's website is masked, too, which is generally not a good sign.

To add to the murkiness, there is virtually no information anywhere about Storm Sondors, and not much about his co-founder, Jon Hopp, either -- or at least, nothing that would lend much credibility to the notion of running an upstart eBike company. Yahoo Tech found Hopp's Facebook page, and on it were two pictures of bikes that look a lot like the Storm, but with different names and graphics. Are these just cheap eBikes currently being cranked out by some Chinese factory, with stickers for whatever brand people want to slap on them? 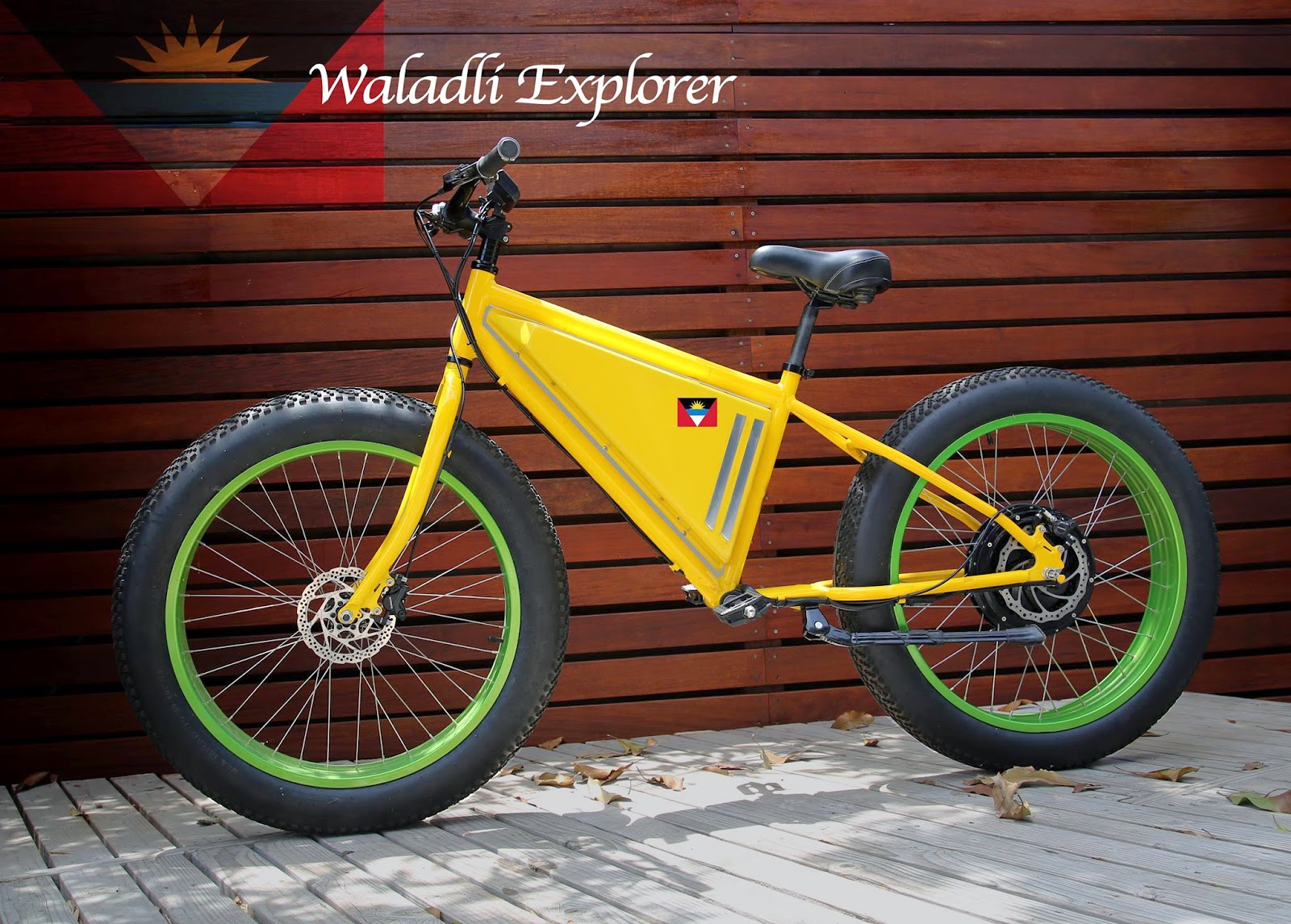 Finally, another concern is over the way IndieGogo handles fundraising, as opposed to the way Kickstarter handles it. Apparently, while Kickstarter doesn't charge contributors until the goal is met, and still gives people a chance to cancel their pledge if they change their minds, IndieGogo collects money immediately, and has no obligation to refund contributions if things turn sour. Considering that Storm already has more than $2.5 million in contributions, there is potential for a lot of disappointed or angry investors out there. It will be interesting to see where this whole thing goes.

Is it possible to make a $500 eBike? Sure -- but don't expect it to be the "Tesla of bicycles" and don't expect it to live up to the promises. I suppose if this thing goes really badly, it might even have a noticeable effect on crowdfunding in general.

All in all, this thing is almost starting to make a Walmart fat bike look good.
Posted by Brooks at 8:20 AM